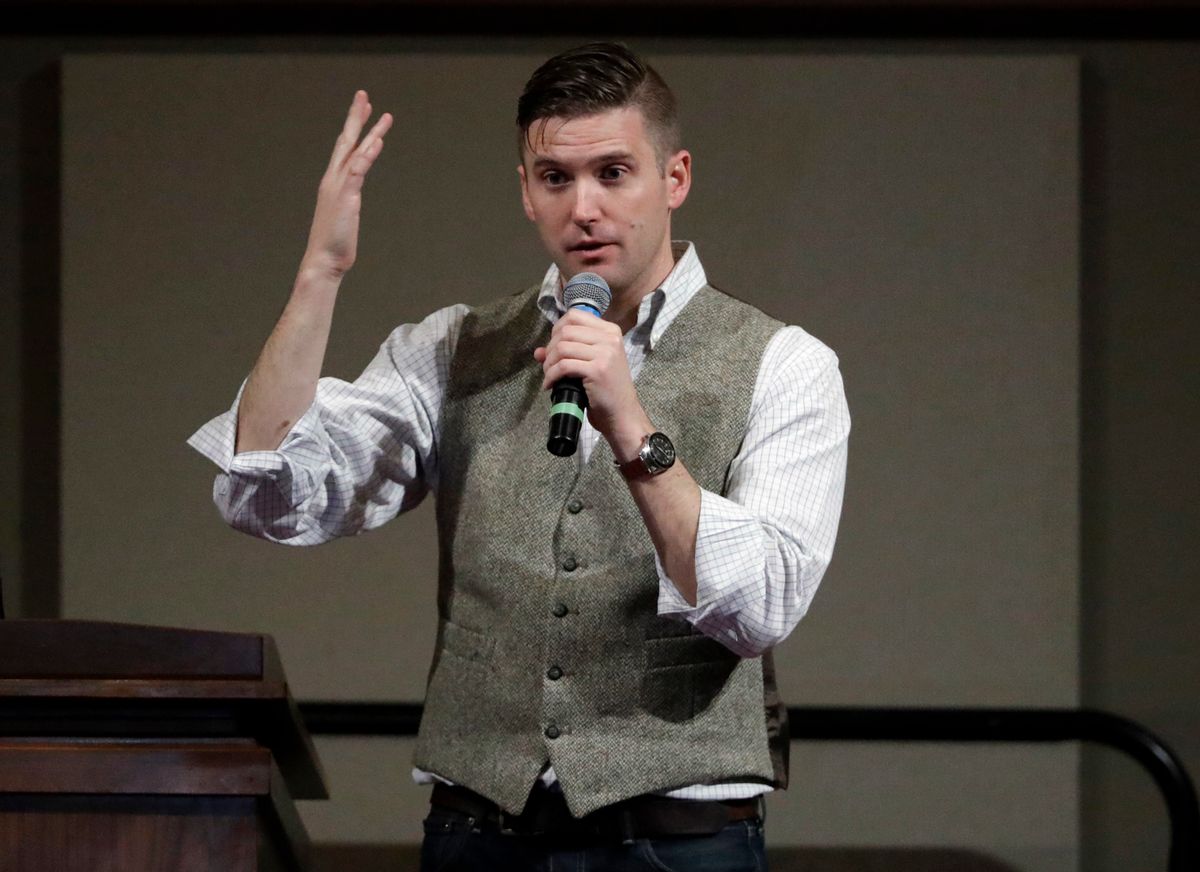 A bipartisan group of high-ranking Montana politicians has banded together in protest of a planned armed neo-Nazi march next month in the ski resort town of Whitefish, part-time home to National Policy Institute founder and alt-right figurehead Richard Spencer.

"We as Montana’s elected leaders are focused on the values that reflect our true character," they wrote. "Therefore, we condemn attacks on our religious freedom manifesting in a group of anti-Semites. We stand firmly together to send a clear message that ignorance, hatred and threats of violence are unacceptable and have no place in the town of Whitefish, or in any other community in Montana or across this nation. We say to those few who seek to publicize anti-Semitic views that they shall find no safe haven here."

"Rest assured, any demonstration or threat of intimidation against any Montanan’s religious liberty will not be tolerated," they added. "It takes all Montanans working together to eradicate religious intolerance."

The Daily Stormer's Andrew Anglin first proposed the "March on Whitefish" last week in response to reports that town residents were trying to convince Spencer's mother to sell her property there.

"For the next phase of our plan . . . we are planning an armed protest in Whitefish," wrote in a Thursday post. "Montana has extremely liberal open carry laws, so my lawyer is telling me we can easily march through the center of the town carrying high-powered rifles."

On Friday, Anglin offered to call off the protest if a series of ultimata was met. Included: "A promise that any protest actions you take in the future against Richard Spencer will not involve his family members" and "A vow to never again try to harm Mrs. Spencer’s business, or to take any other actions against her."

"You see," he added, "we are reasonable people."