"I will miss our banterings" 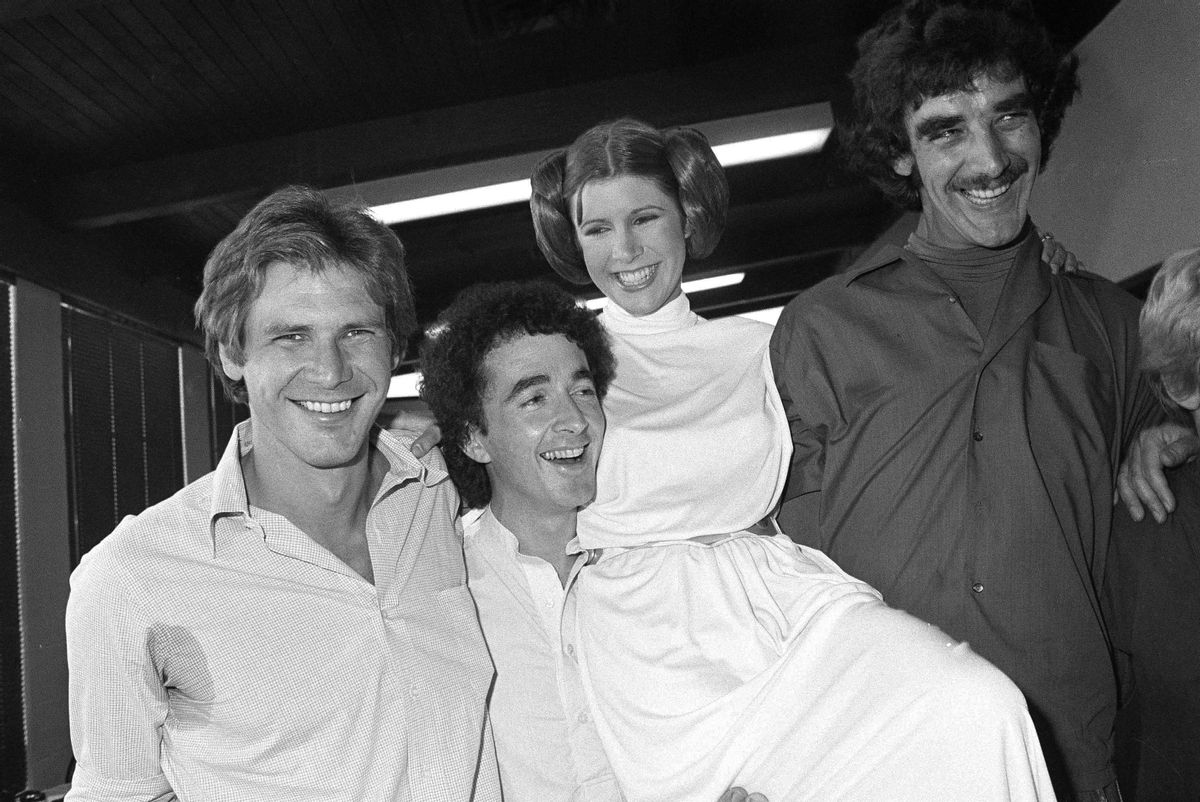 FILE - In this Oct. 5, 1978 photo, from left, actors Harrison Ford, Anthony Daniels, Carrie Fisher and Peter Mayhew take a break from filming a television special in Los Angeles to be telecast during the holidays. On Tuesday, Dec. 27, 2016, a publicist says Fisher has died at the age of 60. (AP Photo/George Brich, File) (AP)
--

"Carrie Fisher was one-of-a-kind, a true character who shared her talent and her truth with us all with her trademark wit and irreverence. Millions fell in love with her as the indomitable Princess Leia; she will always have a special place in the hearts of Star Wars fans as well as all of us who were lucky enough to know her personally. She will be sorely missed, and we join millions of fans and friends around the world who mourn her loss today." Bob Iger, chairman and chief executive officer, The Walt Disney Company, in a statement

"When I was a young man, Carrie Fisher she was the most beautiful creature I had ever seen. She turned out to be witty and bright as well." — Steve Martin, via Twitter

"I'm deeply saddened to learn of the death of Carrie Fisher. I will miss our banterings. A wonderful talent & light has been extinguished." — William Shatner, via Twitter

"Oh no we lost Carrie Fisher too. She was so funny and full of life. Rip. Condolences to her family and friends. We'll miss her too." — Cyndi Lauper, via Twitter

"Carrie Fisher didn't make it. I am so terribly sorry, and send my sincere condolences to her family, friends and fans all around the world." — Bette Midler, via Twitter

"RIP Carrie Fisher. Thank you for bringing a forceful space princess to our galaxy and for breaking stereotypes on and off the screen." — Adrien Grenier, via Twitter