Blinded by the light: Solar farms are expected to outpace natural gas in the U.S. 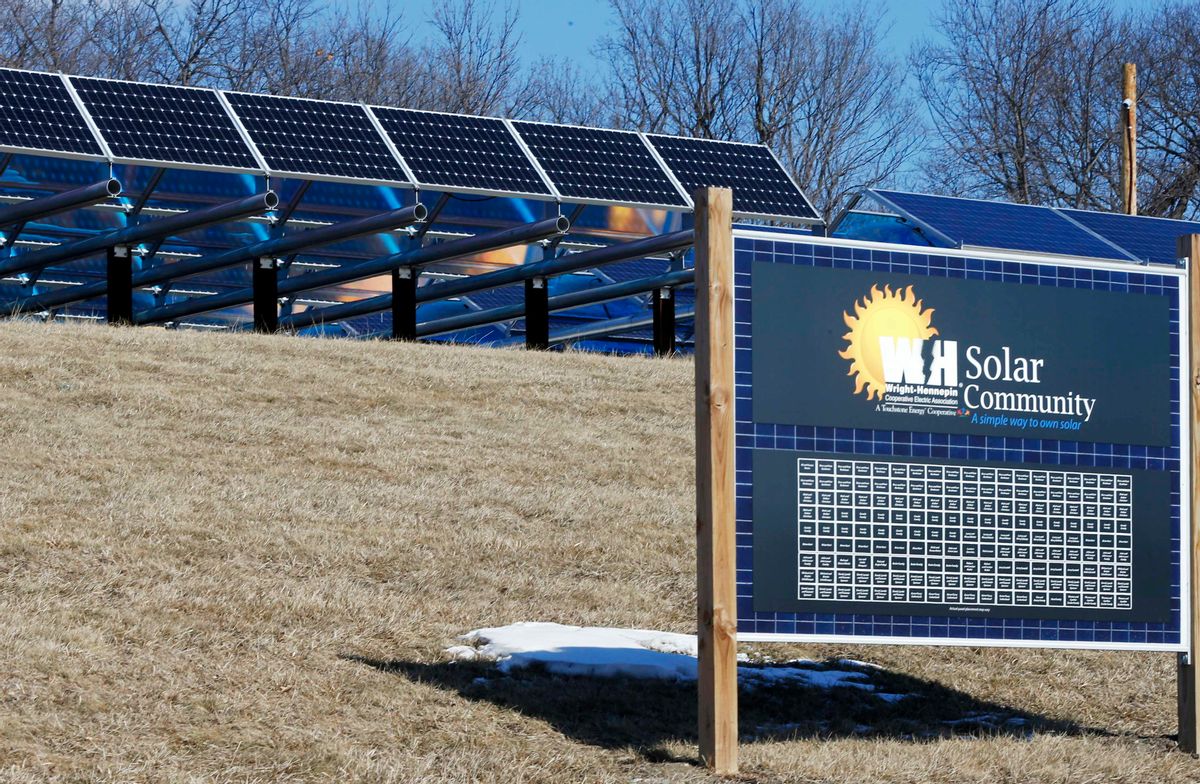 2016 is shaping up to be a milestone year for energy, and when the final accounting is done, one of the biggest winners is likely to be solar power.

For the first time, more electricity-generating capacity from solar power plants is expected to have been built in the U.S. than from natural gas and wind, U.S. Department of Energy data show.

Though the final tally won’t be in until March, enough new solar power plants were expected to be built in 2016 to total 9.5 gigawatts of solar power generating capacity, tripling the new solar capacity built in 2015. That’s enough to light up more than 1.8 million homes.

The solar farms built in 2016 were expected to exceed the 8 gigawatts of natural gas power generating capacity and the 6.8 gigawatts of wind power slated for construction this year. No new coal-fired power plants were planned in 2016.

“If 2016 planned additions pan out as operators initially expected for 2016, it would mark the first year that solar was the largest source of capacity,” said Tim Shear, an economist for the U.S. Energy Information Administration.

Despite the growth, utility-scale solar power still represents a tiny fraction of the supply of electricity in the U.S. Though U.S. solar power generation was expected to have grown by 44 percent in 2016 and is expected to grow more than 30 percent in 2017, it will still provide around 1 percent of the nation’s electric power, according to EIA data.

Though solar remains a small player, its expected growth adds another milestone to a string of them in 2016:

In early December, the nation’s first offshore wind farm began operating — the first waterborne wind farm in North America. 2016 is likely to also mark the first full year when more electricity was generated in the U.S. using power plants that run on natural gas than those that run on coal.

Solar farms used by electric power companies accounted for 70 percent of total solar industry growth in the third quarter of 2016, according to the Solar Energy Industries Association.

Solar growth in the third quarter brought the total nationwide solar capacity to 35.8 gigawatts, enough to power 6.5 million homes, SEIA said in a statement. California was expected to build the most new solar power plants in 2016, followed by North Carolina, Nevada, Texas and Georgia.