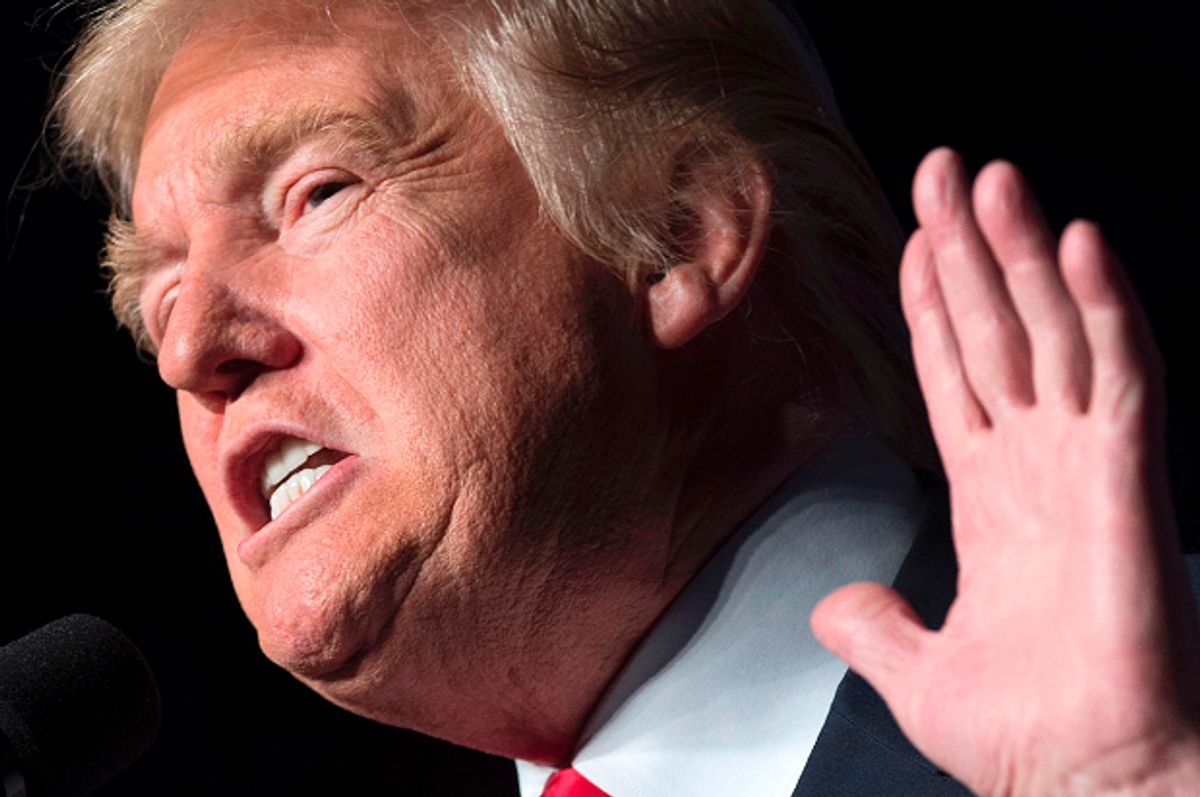 On Monday, Donald Trump took to Twitter to complain that while he has agreed to shut down his charitable foundation to avoid even the appearance potential conflicts of interest with his new job, we should all still appreciate just what is being sacrificed here. Why, the Donald J. Trump Foundation received millions of dollars in donations! To say nothing of the millions that Trump himself donated to it! And none of the money went to rent or overhead or paying staff to run it. All the donations went “100%” to charity, and the media “won’t report!” So Trump can’t get his due for this selfless action. So unfair.

There is no need to recap why Trump’s two tweets on this subject are filled with lies that have been fact-checked to death. Nor is there any need to recap all the allegations that the foundation may have violated tax laws against “self-dealing” and acting as something of a slush fund for the president-elect to do with what he wished. I’ll let my colleagues, including Salon's Simon Maloy on Tuesday, point out all that sleaziness instead.

The charitable ethics and sense of entitlement of the next president are well-known by now. To say nothing of the charities run by his children, which are also coming under scrutiny and being forced to shut down to avoid hints of impropriety.

But while shutting down the Donald J. Trump Foundation may be an important step, it is also in a sense irrelevant. The foundation was not going to be able to continue whatever work Trump claims it is doing. Which is why his whiny Twitter-tantrum over this and his son Eric’s shutting down his own foundation (the operation of which had raised its own set of questions, independent of the Trumps’ status as America’s next First Family) should be recognized as a distraction. It's a distraction that in no way lets Trump off the hook for the myriad other ways in which his business conflicts with his impending duties as president.

The bigger issues for Trump remain his business and his absolute unwillingness to completely divest himself of it. Any other president would be expected to sell off his assets and put the profits into a blind trust, to be managed by an independent adviser. But Trump’s ego won’t let him do that. So we get talk of “half-blind trusts” or suggestions from his apologists that because Trump is so rich and his business dealings so extensive, maybe we should just forget about all the rules that other politicians would be expected to follow.

Compared to the businesses, the self-dealing with Trump’s charity is the tip of a large iceberg. For example, there is still the matter of his new hotel in Washington and the minor inconvenience that his lease of the Old Post Office Building in which it's located forbids any government official from profiting off it. There is the pressure some foreign governments may already be feeling to rent out Trump-owned properties for events. There are the hundreds of millions of dollars he owes to Deutsche Bank, which is under threat of a multibillion-dollar fine resulting from investigations by the Justice Department, which Trump and his administration will soon oversee.

And those are just off the top of my head.

At the moment, any or all of these -- or any other of Trump’s numerous business entanglements -- will likely put him in violation of the Emoluments Clause of the Constitution on the day he takes the oath of office. Of course there is no chance that Congress, run as it is by Trump’s own party, will choose enforce these violations. He will get the length of his entire term to resolve them if need be.

Every time Trump does resolve one of these conflicts of interest, assuming he bothers to do so, he will present it as yet one more selfless act on behalf of the American people, for which he deserves credit. Do not be fooled. For starters, there are innumerable conflicts which could take years to disentangle. For another, he should not get special praise for doing the bare minimum that would be expected of every other president, or for grudgingly accomplishing actions he should have considered before ever even announcing he would run for office.