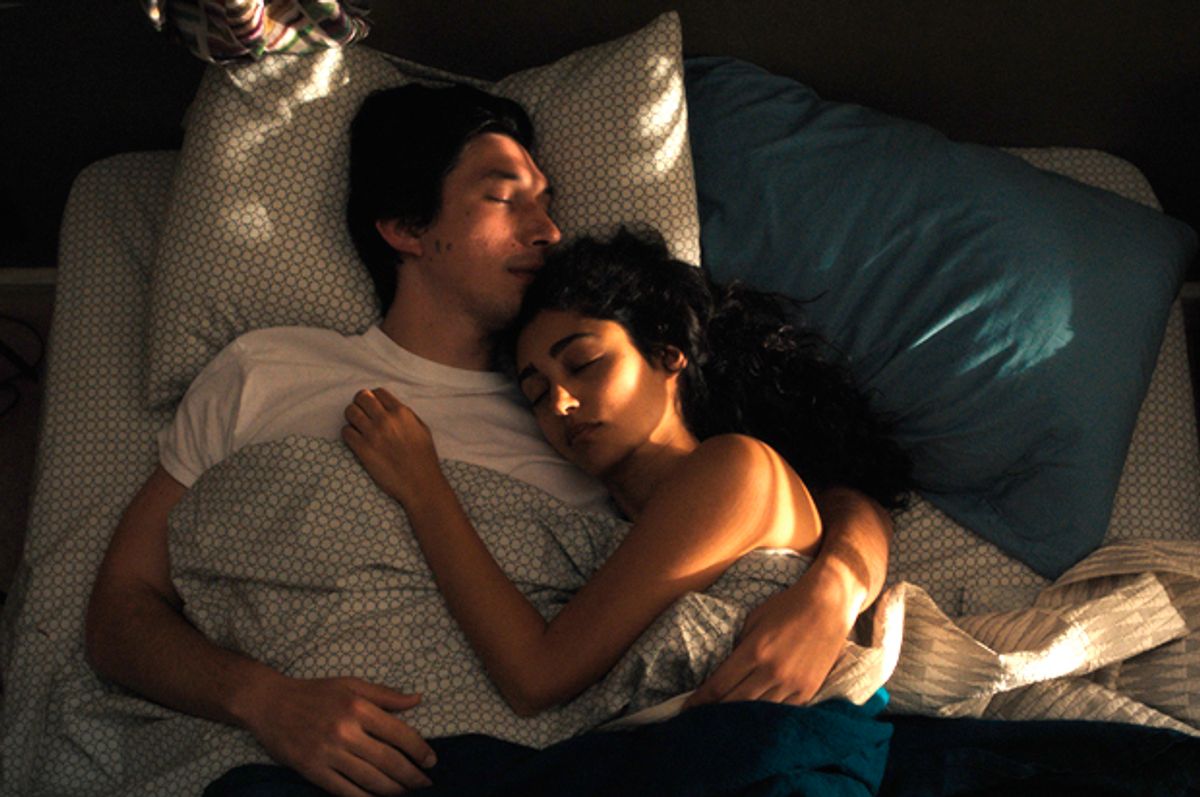 Jim Jarmusch’s new film, “Paterson,” depicts a week in the life of a bus driver-poet named Paterson (Adam Driver), who, naturally, lives and works in Paterson, New Jersey — a coincidence made more believable by considering that Adam Driver could’ve become a bus driver named Driver himself.

The film begins inside Paterson’s bedroom, the city shut out by closed blinds. At first glance, the home resembles a hip apartment in Brooklyn. His bedspread has a modern Crate and Barrel-esque design. His drapes, doors, and furniture are handcrafted by his girlfriend or are retro-chic. But that’s the interior; from outside, Paterson’s pallid brown home looks rather meager and suburban. The front yard is small and unkempt. The mailbox won’t stand up straight no matter how many times Paterson adjusts it.

Paterson’s home is ordinary and decidedly not beautiful. But when Paterson walks to work, and when he drives his route through the city, the home becomes part of a broader tapestry, one whose beauty resides in its imperfections — or, at least, one in which imperfections heighten beauty. Stores’ electric signs are out of order. There is garbage on the sidewalk. Payphones are busted. And the exterior of the bar that Paterson frequents every night for a single beer is made of ugly smooth yellow brick. And yet, from street to street, Paterson’s downtown is vibrant and the city is full of features that make it unique and wondrous. In particular, there is an ethereal waterfall in front of which Paterson eats lunch and writes poetry each day.

To an outsider, the city of Paterson — really, the entire state of New Jersey — lacks the glamorous connotations of places like New Orleans or Memphis or Madrid, where previous Jarmusch films (“Down by Law,” “Mystery Train,” and “The Limits of Control,” respectively) have been set. Poverty and crime are high. But Jarmusch depicts Paterson with the same blend of romance and tedium as he does those other places (and, notably, with which he depicts Jersey City in “Ghost Dog: The Way of the Samurai”). Beauty is found in the small, often bizarre details of everyday life (a preponderance of twins, a lovesick man in a bar, a matchbox’s elegant design) as well as in the diversity of the people and in the features that make the city unique, like the waterfall.

The seed of the idea for the film came when Jarmusch went on a day trip to Paterson 20 some-odd years ago. “I was drawn there by William Carlos Williams, a doctor and a poet whose work I liked [who is from Paterson],” he told “Time.” “I went to the falls there, and I walked around and saw the industrial parts of it. It’s a fascinating place: It was like Alexander Hamilton’s vision of a new industrial city, based around the power from the waterfall, kind of an intended utopian city. And it’s incredibly varied in terms of its demographics, the variety of people there.”

Paterson (who is just Paterson; Jarmusch doesn’t give him a last name) is a broad-shouldered, unassuming man; he is soft-spoken, hardworking and sentimental for a time before the bulk of our lives were spent online. He doesn’t own a cell phone because “The world worked fine before them.” His world is only filtered through one screen: his bus’s windshield. His nostalgic tendencies, though, are grounded in stoic authenticity rather than some sort of Brooklyn-esque hipster irony like that of Driver’s character in Noah Baumbach’s “While We’re Young.” Paterson is a modest and dedicated poet in a world that prefers capricious dreamers.

Jarmusch has a tendency (which is intentional) to turn away from what is obviously beautiful and popular, and to instead beautifully render what is rarely noticed and perhaps slightly ugly. He credits the cinematographer Robby Müller with teaching him, “Don't look for the obvious, always keep your eyes open, keep thinking on your feet.” That’s his greatest feat with “Paterson”: He doesn’t glorify Paterson, New Jersey and its working class ethic, nor does he exploit its crime numbers; he portrays it as another city where the sublime is always lurking. You’ve just got to be looking