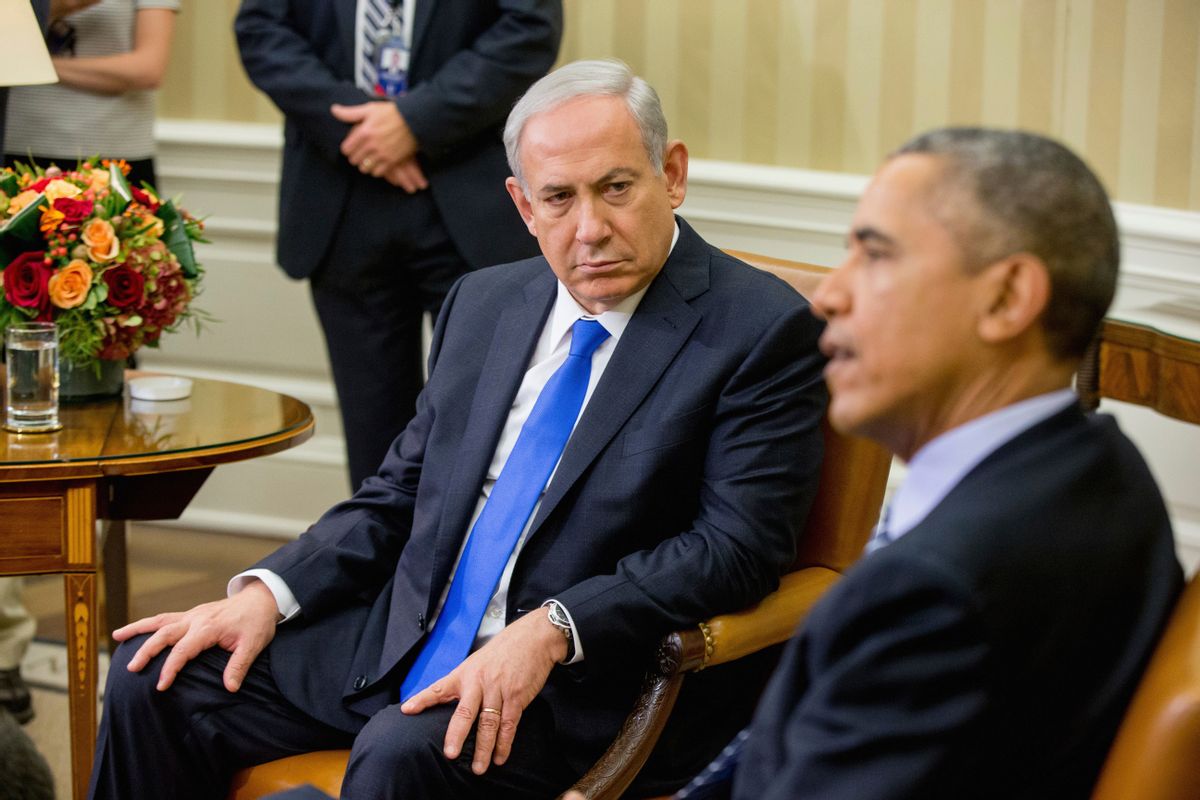 HONOLULU — It took eight years of backbiting and pretending they got along for relations between President Barack Obama's administration and Prime Minister Benjamin Netanyahu's government to finally hit rock bottom.

Though they've clashed bitterly before, mostly notably over Iran, the two governments seemed farther apart than ever after a speech Wednesday by Secretary of State John Kerry and last week's United Nations resolution.

The key question for the Obama administration, newly willing to air grievances with Israel on live television, is why now?

"We cannot, in good conscience, do nothing and say nothing when we see the hope of peace slipping away," Kerry said in a speech that ran more than an hour.

Yet in just over three weeks, Obama will no longer be president, Kerry will no longer be secretary of State, and the U.S. will have a new leader under no obligation to embrace any of what Kerry said. President-elect Donald Trump has assured Israel that things will be different after Jan. 20, when he's to be inaugurated, and lamented how the Jewish state was "being treated very, very unfairly."

Kerry took pains to voice America's staunch commitment to Israel's security and support for its future, and to detail U.S. complaints about Palestinian leadership and its failure to sufficiently deter violence against Israelis. He laid out a six-point framework for a potential peace deal that it will be up to the next U.S. government to try to enact, if it chooses to do so.

The White House has portrayed Obama's decision to break with tradition by abstaining — rather than vetoing — a U.N. Security Council resolution declaring Israeli settlements illegal as a reaction forced by other countries that brought it up for a vote.

The White House has also acknowledged that Obama had long considered the possibility of taking some symbolic step before leaving office to leave his imprint on the debate. For much of the year, his staff pored over options that included a U.N. resolution outlining principles for a peace deal and a presidential speech much like the one Kerry gave Wednesday. Yet there was reluctance to act before the U.S. election, given the way it would have thrust the Israeli-Palestinian issue into the campaign.

Kerry acknowledged Trump appears to favor a different approach. Yet frustrated by years of Israeli actions he deemed counterproductive for peace, Obama appeared to have decided it was better to make his administration's views known while still in office, even if it risked a blockbuster clash with America's closest ally.

In his speech, Kerry tore into Israel for settlement-building, accusing Netanyahu of dragging Israel away from democracy. He defended the move to allow the U.N. vote, the spark that set off an extraordinary and deepening diplomatic spat between the U.S. and its closest Mideast ally.

"If the choice is one state, Israel can either be Jewish or democratic, it cannot be both, and it won't ever really be at peace," Kerry said

Shortly after, Netanyahu appeared on camera in Jerusalem and suggested he was done with the Obama administration and ready to deal with Trump. The Israeli leader faulted Kerry for obsessing over settlements while paying mere "lip service" to Palestinian attacks and incitement of violence.

"Israelis do not need to be lectured about the importance of peace by foreign leaders," Netanyahu said.

Trump wouldn't say whether settlements should be reined in. But he told reporters Israel was being "treated very, very unfairly by a lot of different people."

In a nod to Netanyahu's concerns that Obama would take more parting shots, Kerry seemed to rule out the possibility Obama would support more U.N. action or, even more controversially, recognize statehood.

The U.S, the Palestinians and most of the world oppose Israeli settlement construction in the West Bank and east Jerusalem, territories captured by Israel in 1967 and claimed by the Palestinians for an independent state. But Israel's government argues previous construction freezes didn't advance peace and that the settlements — now home to 600,000 Israelis — must be resolved in direct talks Israelis-Palestinian talks.

While Israel's Arab population has citizenship rights, the roughly 2.5 million Palestinians living in the occupied West Bank do not, and most in annexed east Jerusalem have residency rights but not citizenship.

Kerry said a future deal would have to ensure secure borders for Israel and a Palestinian state formed in territories Israel captured in 1967, with "mutually agreed, equivalent swaps." He said both countries must fully recognize each other, ensure access to religious sites and relinquish other existing claims. Kerry also called for assistance for Palestinian refugees.