Sure, art can flourish in "dark times." But in the last 100 years, liberalism and a stable middle class helped more 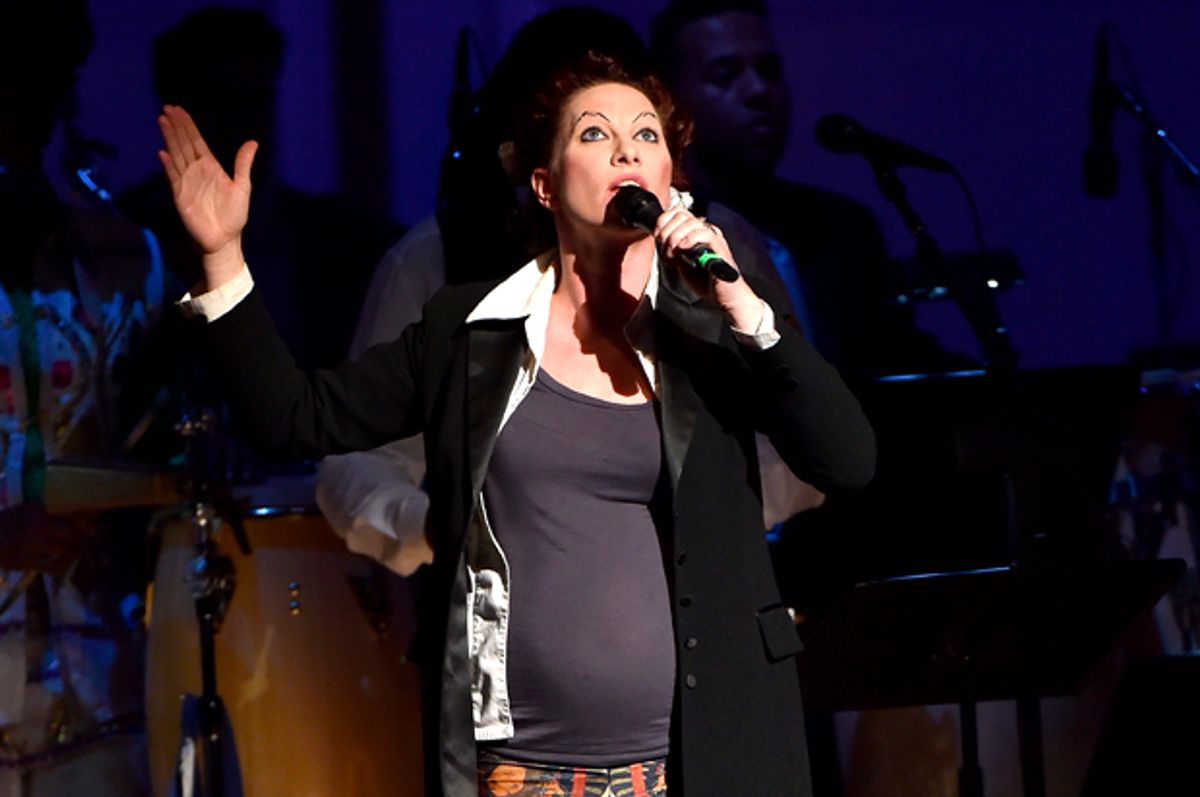 For more than a decade now, the musician and writer Amanda Palmer has been one of the brightest talents and one of the most frustrating figures in pop culture. For every great Dresden Dolls song or rousing speech about art in the 21st century, there is some shallow if well-meaning nonsense about how the Internet has set culture-makers free.

This week, Palmer spoke at a press conference in Queensland, Australia, about the election of a certain short-fingered vulgarian, leading with all the usual stuff about what a scary time we’re entering. (Palmer and her husband, English-born novelist Amanda Palmer, have just received a five-year work visa for life Down Under; the two will live around Melbourne.)

The election of an extremist, Palmer said, is not a great development. But it will galvanize artists and writers to think about what their values are, and to take action against the oppressive regime. As she said in Queensland:

There is this part of me – especially having studied Weimar Germany extensively – I’m like, “This is our moment.” Donald Trump is going to make punk rock great again. We’re all going to crawl down staircases into basements and speakeasies and make amazing satirically political art.

If the political climate keeps getting uglier, the art will have to answer. We will have to fight. It’s already happening – the artists in my tribes have been like, “Alright. This is not good.” We are sharpening our knives for a large buffet.

Well, like a lot of what Palmer says, this is smart and witty and rousing. Sounds good, right? Soon after the press event, she wrote that “dark times inspire, inflame and focus us as writers, artists and advocates. i am not just speaking for myself here...all the artists i know are sharpening their wits, tongues and pens for the fight ahead."

Is she right? Certainly, strange times have led to powerful art, and Weimar (mostly liberal but also unstable) is not a bad example. The 1920s — a decade that saw some of the nastiest income inequality and weak Republicans presidents like Calvin Coolidge and Herbert Hoover — also gave birth to “the jazz age,” the early novels of F. Scott Fitzgerald, and crucial early blues recordings.

But a lot of the best art and culture has come during periods of cultural liberalism, left-of-center leadership, and a prosperous middle class. The British ‘60s — with The Beatles and Stones and Hendrix and maturing of British cinema — coincided with Harold Wilson’s Labour government, which reigned from 1964 to 1970. In the States, culturally liberal Democrats JFK and LBJ ruled from early 1961 to early 1969, a period that saw, after all, The Byrds, Love, the flowering of Motown and Stax/Volt, Bob Dylan’s best years, and so on. And the great rebel energies of punk came in ’76 and ‘77 — not great years for the British Isles, but Labour years that were generally more open than the Thatcher era that began in 1979.

So generally, the historical patterns and cause-effect are a bit tricky to map here.

Her sense of art in the age of the Internet, though, is a kind of digital prosperity gospel in which this progressive, Wesleyan-educated artist begins to sound a bit like Friedrich von Hayek or Ayn Rand. Her argument, in numerous speeches and essays and her book “The Art of Asking,” is that artists just need to step up, show some skin, and the benevolent online republic will provide. The Lord works in mysterious ways.

But artists — like everyone else — have trouble fighting the power when they are struggling to put food on the table and pay their escalating urban rents. They are not so good at manning the barricades when they have lost their medical coverage.

Let’s hope Palmer is right that we are entering a golden age of provocative and engaged punk rock and poetry and painting and theater and independent film and opera and everything else.

But history shows us that most artists are just like most people. They might write incredible novels or perform powerful songs. When the political system and the economic infrastructure crumble and fall, though, they feel it too.