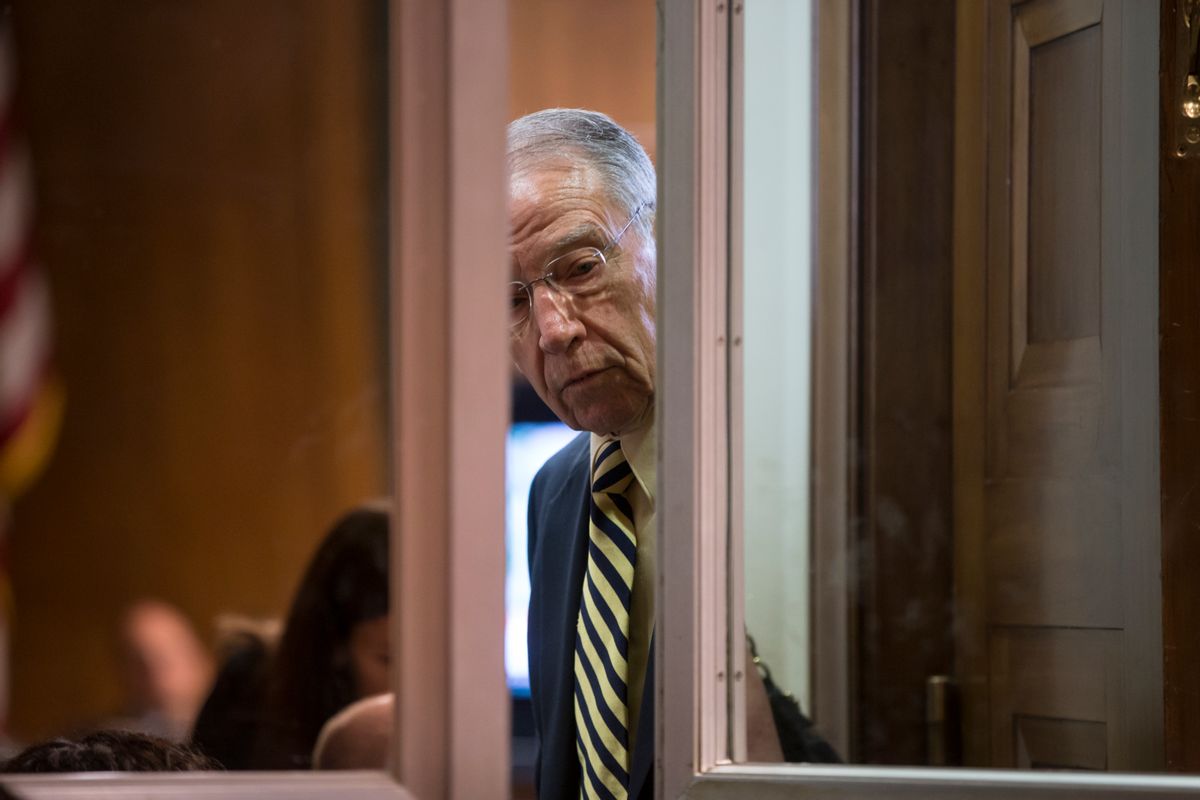 Senate Judiciary Committee Chairman Sen. Charles Grassley, R-Iowa, closes the door to a room where Homeland Security Secretary Jeh Johnson was monitoring reports of an active shooter at Joint Base Andrews, Md., prior to an appearance before the committee, Thursday, June 30, 2016, on Capitol Hill in Washington. (AP Photo/J. Scott Applewhite) (AP)
--

Remember when the History Channel was devoted to the telling of historical events? It was educational, even if boring at times, but it informed people.

Senator Chuck Grassley remembers the good old days, and has made it clear he does not appreciate the programming decisions that's now known simply as "History." The Republican from Iowa has been rather vocal on his Twitter account about the scourge of the pseudo-intellectual network.

Grassley has taken pot-shots at the History Channel before, even going in on Christmas Day.

Hurry Hurry watch some history on History Channel before it disappears for something not so historical — ChuckGrassley (@ChuckGrassley) December 25, 2016

The senator apparently doesn't recognize holidays when it comes to this feud. His concerns in the tweet were valid, however, as History's Christmas slate featured documentaries on the lost city of Atlantis and CGI demonstrations on a lost fourth pyramid in Giza.

His personal beef with the channel, which is owned by A&E Networks, a joint venture between Hearst and Disney, have gone as far back as to 2012.

Just love history. So occasionally I turn to history channel. "mud cats" when wi they put history back on the channel — ChuckGrassley (@ChuckGrassley) February 26, 2012

In 2016, it appears Grassley has had a serious gripe with "Pawn Stars," the highly-rated series featuring a family of pawn brokers in Las Vegas. Grassley would be glad to know what if he tuned into History an hour earlier than his Christmas tweet, he would have been subjected to the show's Christmas special.