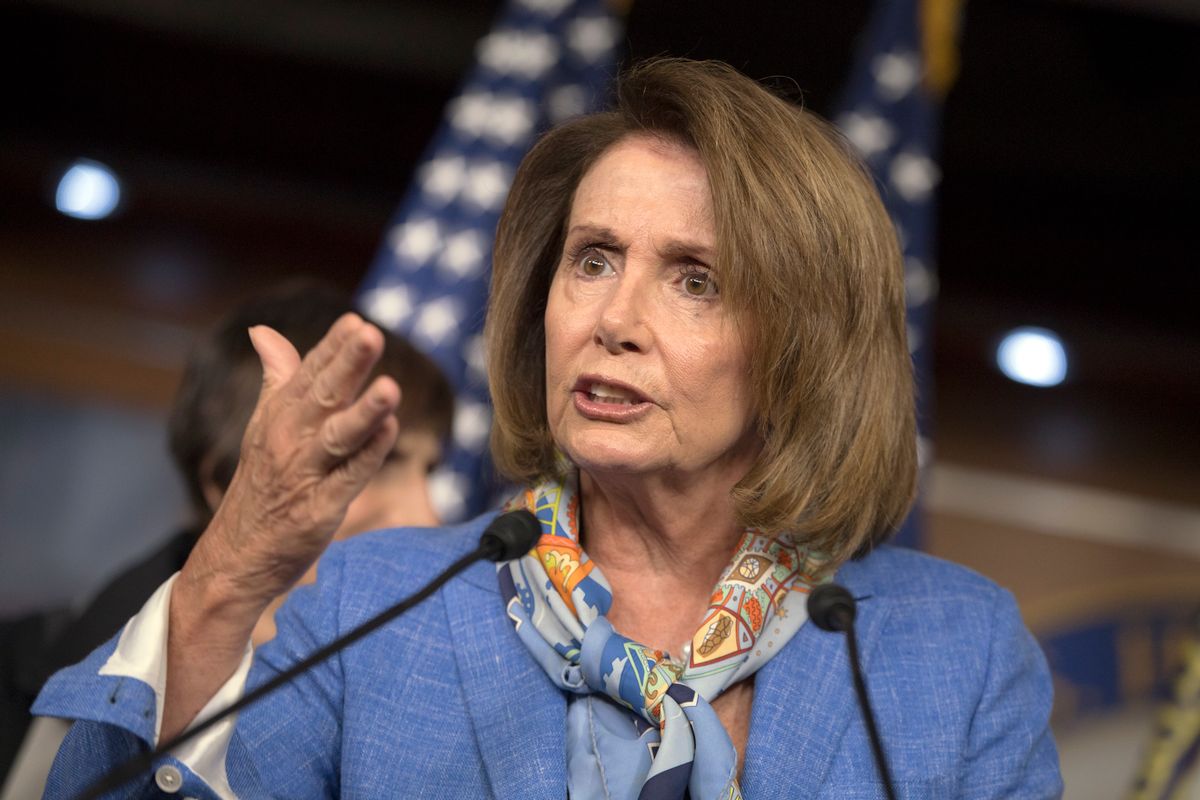 FILE - In this Aug. 11, 2016 file photo, House Minority Leader Nancy Pelosi, D-Calif. speaks at a news conference on Capitol Hill in Washington. Democrats trying to retake the House and Senate see new opportunity from the tape of Donald Trump talking about women in crude, predatory terms. The footage has already prompted ads in at least two House races as well as the hard-fought New Hampshire Senate contest, and may be giving new life to Democratic efforts to tie Republican candidates to the Republican presidential nominee. (AP Photo/J. Scott Applewhite) (AP)
--

In a letter to her Democratic colleagues, House Minority Leader Nancy Pelosi responded to the GOP's controversial House Rules package, accusing the majority party of pulling an "inside power grab."

The California congresswoman strongly rebuked the proposed rule that would give the sergeant-at-arms the authority to punish members for taking pictures or videos on the House floor by imposing $2,500 fines deducted from the lawmakers' paychecks. Pelosi wrote that Republicans would be violating "freedom of speech on the House Floor" and would be committing an "egregious attack on the sacred freedom of expression."

She added, "The manner in which the Sergeant-at-Arms and House Administrative officers are directed to create and implement policy and to assess fines offends the dignity of the House, assaults freedom of speech, and may even be unconstitutional."

Pelosi also attacked the new rule in the package that would empower Congress to readdress bills introduced in the previous Congress. The minority leader argued that each Congress must start with a "blank slate" so that the newly elected members would have full consideration. She called the move a "massive power grab" that would allow Republicans "to shield their special interest legal agenda and waste of taxpayer dollars from review by the new Congress."

Pelosi then turned her attention to the safety net and the likely near-term repeal of Obamacare, alleging that Republicans would be circumventing their own strict budget guidelines if they proceeded to pass the package. "With the rules, Republicans are admitting that repealing the [Affordable Care Act] will increase costs," she wrote. "They are violating their own rule that establishes a point of order against their own bill that has a net effect of increasing direct spending." Pelosi insisted the rules package, taken as a whole, constitutes an "open assault on the Affordable Care Act, Medicare, Medicaid, and Social Security."