Speaking, not acting: Russia memes, but doesn't yet retaliate against U.S. after its diplomats were expelled 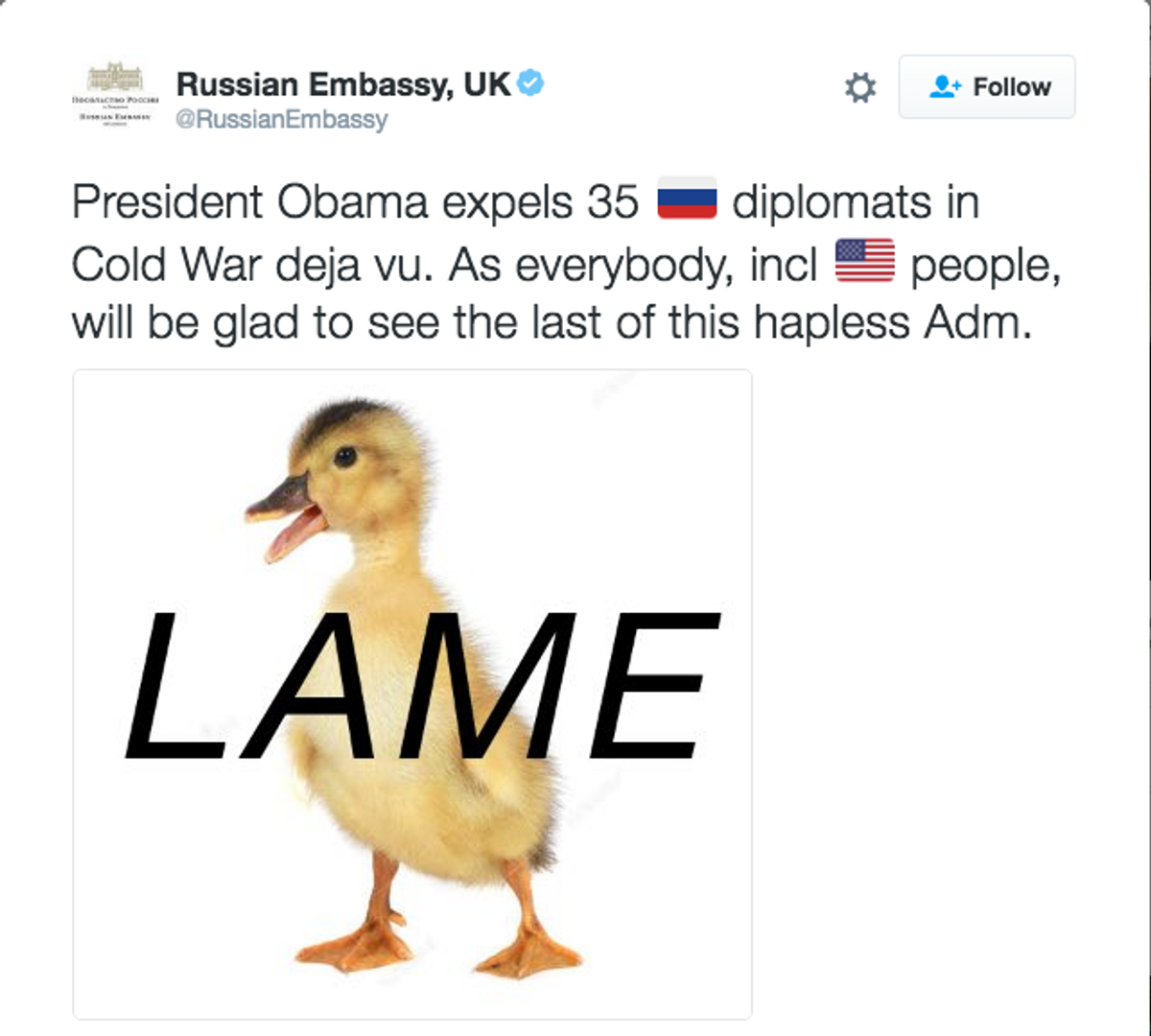 After President Barack Obama announced hefty sanctions on Moscow for its untoward influence on the presidential election, Russia pledged to deliver a counter response to the U.S. for its perceived unfair retaliation.

But, at the moment, the Eastern European power appears to be posturing, as President Vladimir Putin overturned on Friday an earlier plan that would expel 35 U.S. diplomatic staff in Moscow and St. Petersburg and shut down two facilities used by an U.S. embassy.

The hesitancy hasn't prevented the Russian Embassy in the U.K. from throwing some serious shade at the Obama administration. Its social media handle evoked the Cold War in an admittedly funny tweet about Obama's midnight punishment on Moscow intelligence.

President Obama expels 35 🇷🇺 diplomats in Cold War deja vu. As everybody, incl 🇺🇸 people, will be glad to see the last of this hapless Adm. pic.twitter.com/mleqA16H8D

It looks as if Russia is already counting down the hours until a more friendlier president in Donald Trump takes over the Oval Office.

On Thursday, Russian foreign minister Sergei Lavrov proposed in televised remarks that Putin would expel 35 diplomats from a U.S. embassy and consulate. "Of course, we cannot leave these sanctions unanswered," Lavrov said. "Reciprocity is the law of diplomacy and international relations. Therefore, the Russian foreign ministry, together with our colleagues from other departments, introduced a proposal to the president of Russia about declaring 31 employee of the US embassy in Moscow and 4 diplomats from the US consulate general in St. Petersburg persona non grata."

ABC News reported that an Anglo-American school in Moscow, chartered by the American, British and Canadian embassies in Moscow, had been shuttered due to the latest sanctions. But Russia's foreign ministry, along with an official of the U.S. Embassy in Moscow, denied these reports.