Too much, or not enough? Republicans offer scattershot response to Obama's Russia sanctions

Thanks, Obama! Republican lawmakers and staffers point fingers everywhere except Donald Trump and the GOP 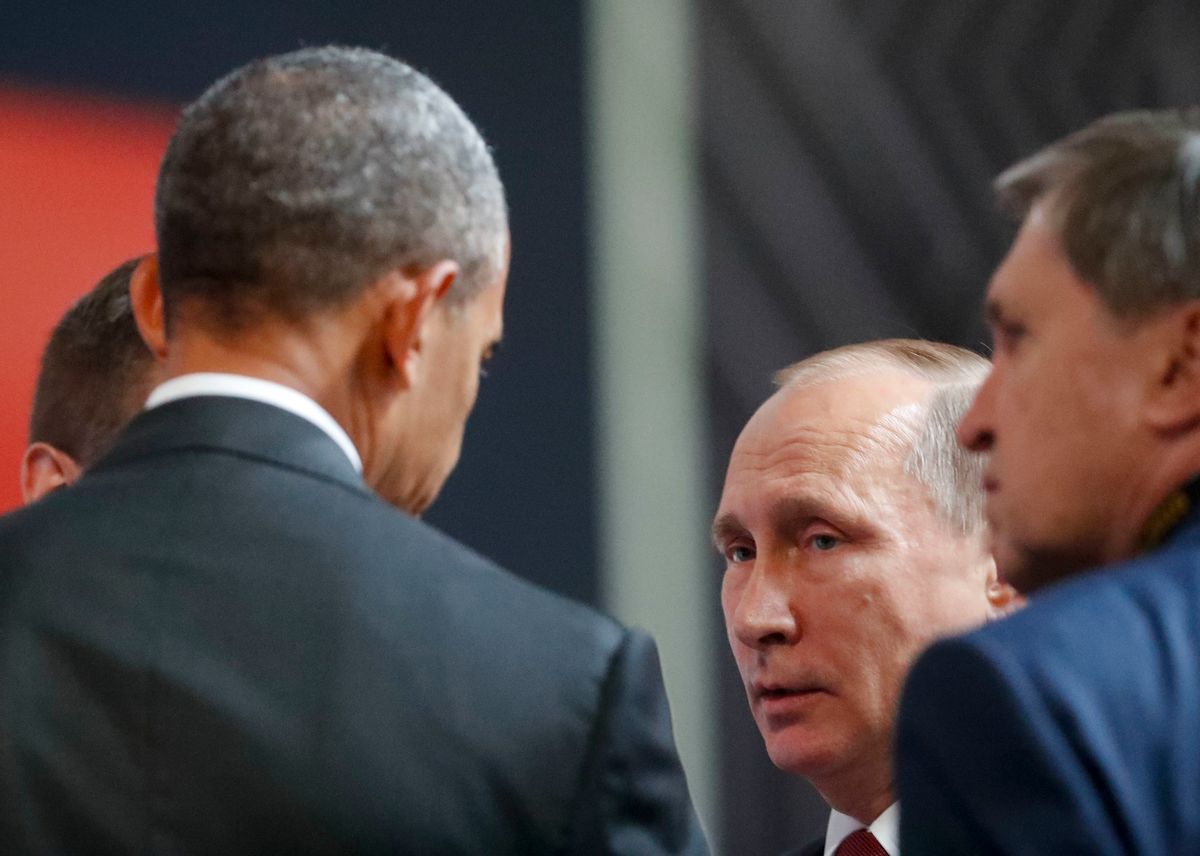 On Thursday, President Barack Obama announced unprecedented sanctions against Russia for its alleged efforts to influence the presidential election. Republican lawmakers and aides to President-elect Donald Trump responded with indiscriminate attacks on the Obama administration, the Democratic National Committee and the press for their perceived involvement — or lack thereof — in the cyberattacks.

Incoming White House press secretary Sean Spicer appeared on CNN's "The Lead" on Thursday to discuss the alleged Russian hacking. Spicer repeatedly pressed host Jake Tapper as to why the media was not assigning responsibility to the Democratic National Committee for its failures to protect its computer networks. "Have you ever asked that question of anyone at the DNC?" Spicer demanded. "Where is the responsibility of them to protect their systems?"

Spicer conceded the hacking outcome was unacceptable, but protested that no one at the DNC was being held accountable for "what clearly appears to be a lax effort on them to protect their networks."

Rep. Trent Franks, R-Ariz., went on MSNBC with Hallie Jackson on Thursday to offer his take on the matter. Franks suggested that Russia merely carried out the duties of the free press by leaking the contents of the emails for the electorate to digest. "If Russia succeeded in giving the American people information that was accurate, then they merely did what the media should have done," he said.

As for the sanctions announced on Thursday, House Speaker Paul Ryan offered backhanded praise while taking a shot at Obama's foreign policy in general. "While today’s action by the administration is overdue, it is an appropriate way to end eight years of failed policy with Russia," Ryan said in a statement. "And it serves as a prime example of this administration's ineffective foreign policy that has left America weaker in the eyes of the world." Ryan acknowledged that Moscow "consistently sought to undermine" U.S. interests, a stance quite different from that of the incoming Trump administration so far.

While Ryan considered the sanctions "appropriate," Sens. Lindsey Graham and John McCain promised to push for stronger sanctions against Moscow than those announced by the Obama administration on Thursday. In a joint statement, the two Republican senators said, "The retaliatory measures announced by the Obama administration today are long overdue. But ultimately, they are a small price for Russia to pay for its brazen attack on American democracy."