No immigration for 50 years? White nationalist leader unloads 5 of his most horrifying hopes for America 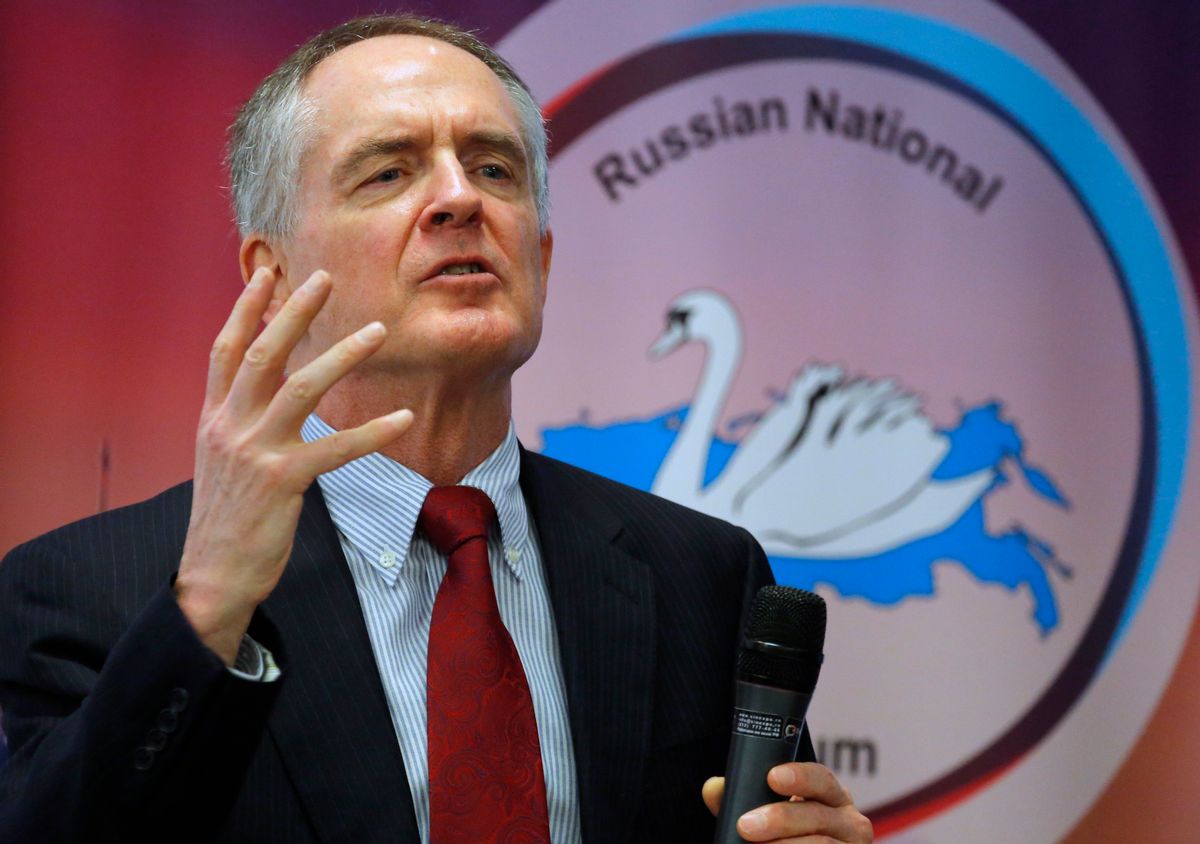 FILE - In a March 22, 2015 file photo, U.S. writer Jared Taylor, author of the book "White Identity" speaks during the International Russian Conservative Forum in St.Petersburg, Russia. Taylor, a Yale University-educated, self-described “race realist, ” runs the New Century Foundation. The federal government has allowed four groups at the forefront of the white nationalist movement, including the New Century Foundation, to register as charities and raise more than $7.8 million in tax-deductible donations over the past decade, according to an Associated Press review. (AP Photo/Dmitry Lovetsky, File) (AP)
--

"In his personal bearing and tone, Jared Taylor projects himself as a courtly presenter of ideas that most would describe as crudely white supremacist — a kind of modern-day version of the refined but racist colonialist of old," the Southern Poverty Law Center explained in their bio of the founder of the New Century Foundation.

Jared Taylor spoke with the Young Turk's Eric Byler at a recent conference hosted by the National Policy Institute.

Here are 5 of the most disgusting moments:

1. Taylor explained that he wants to put a hold on U.S. immigration for possibly 50 years... sort of...

"Put a hold on all immigration for the next 5, 10, maybe 50 years," Taylor proposed. "Let the country reestablish itself as a nation and at the same time, we could give a preference to Europeans."

2. He then backtracked by revealing he just wants the United States to give preferential treatment to immigrants of European descent.

"There are about 200,000 people who leave the country every year, if those were replaced by 200,000 people, some from South Africa, for example, south African whites, that would help us reach a new equilibrium in terms of what the nation should be about," he added.

3. He appeared disgusted with equal representation across the board.

4. He claimed that overpopulation is a relatively new discussion in America (it's not).

"In 1945, the United States had 125 million people. Nobody thought the country was overpopulated. Now we have 325 [million]. Where do we stop?" he asked.

Jared Taylor might want to check out this New York Times Op-Ed written at the start of the Second Industrial Revolution in 1870.

"One would imagine that our country had begun to feel the pressure of overpopulation, so careless have we become regarding the preservation of human life," reads the first sentence.

5. He revealed when he believes America was "great."

"Until 1965, the United States had an immigration policy that was clearly designed to keep the country majority white. There was nothing wrong with that," Taylor told Byler, referencing the Hart–Celler Act.

The white nationalist also believes that if someone had told [the signers] that, in 70 years, white Americans would become the minority, "no one would have voted for that law."