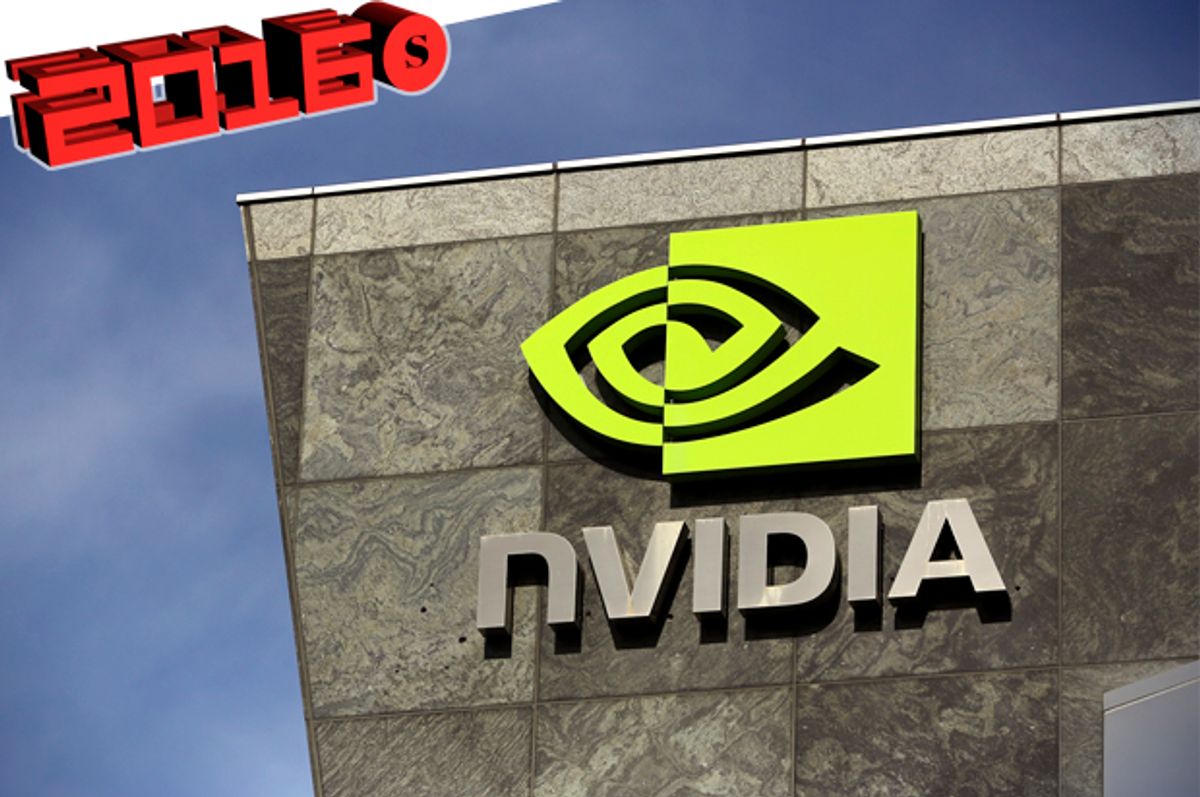 It’s been a wild end to the year for stocks. Twelve months ago, the bears were out in full force as the world watched oil prices plunge to a 14-year low and everyone wondered if China, the world’s second-largest economy, was poised for an earth-shattering hard landing. Stocks saw their worst start to a year on record as investors piled their money into safe-haven investments like gold and U.S. government bonds, or simply converted stock into cash.

But then all the gloom and doom seemed to evaporate after the first-quarter earnings season showed most of the pain sequestered to the energy and commodities sectors. China’s economy didn’t implode (yet) and oil prices began to rebound, albeit slowly.

Now, the broad-based S&P 500 index is ending the year up about 10 percent higher than 2015’s flat result. A big part of this gain has happened since President-elect Donald Trump’s surprise victory as investors bet his plans to cut corporate taxes, spur infrastructure development (with more tax cuts) and strip away industry regulations will lead to a spurt of economic growth and private-sector investments.

Seven of the 11 sectors in the S&P 500 are up by double digits for the year, led by stocks in energy companies and banks, up 25 percent and 22 percent, respectively. Companies involved in telecommunications, construction equipment, technology and utilities are all up more than 10 percent for the year. This rabid trading activity in the last two months of the year has been called the “Trump Trade,” and may be a sign of overexuberance on the part of hasty stock pickers. By this time next year, we’ll know whether these investments were on the mark, or if they were based on hasty assumptions over how the Republicans that control both ends of Pennsylvania Avenue in Washington, D.C., will handle the U.S. economy.

The following are the best- and worst-performing S&P 500 stocks of 2016. These price performance numbers were provided by S&P Global Market Intelligence early Thursday and were updated after the markets closed on Friday. Percentage-change has been rounded to the nearest point.

Here are the five best-performing stocks of 2016:

Stock in this Silicon Valley maker of GeForce graphics cards used in desktop computer gaming has been running hot for much of the latter half of the year. The company has been making strides to grab market share in cloud servers, artificial intelligence, machine learning and autonomous driving, all of which benefit from the hefty processing power that graphics cards are particularly good at handling. The question now is how long can this rally last?

In January, the year looked like it would be another painful one for the oil and gas sector amid a global glut that began in late 2014. But as the year progressed, the price of oil began to stabilize, reinvigorating the entire sector. As one of the country’s domestic energy pioneers, Oneok has benefitted from this shift in fortune for large producers that depend on it to store and carry natural gas through its 37,000 miles of pipelines spread out across the Midwest. The price of natural gas has seen a 68 percent rise since the beginning of the year.

It’s been a rough ride for mining stocks over the past couple of years amid a global economic downturn and a slowdown in China. But for Freeport-McMoRan, the world’s largest publicly traded copper miner, 2016 has been a turnaround year. The Arizona mining and oil and gas company whittled down its debt by selling some of its fossil fuel-related holdings, including a $2 billion sale of its Gulf of Mexico offshore oil assets to Anadarko Petroleum earlier this month. A sharp increase in copper prices in the last two months of the year has helped, too.

The world’s second-largest gold miner has benefitted from a significant rise in the price for the precious metal over the past 12 months. Though gold has been under pressure since the Nov. 8 U.S. presidential election as investors dive aggressively into stocks, the precious metal is ending the year about 9 percent higher than where it started. Newmont CEO and President Gary Goldberg said recently that every $100 move in the price of gold translates into a $350 million move in the company’s after-tax cash flow. Gold is up about $100 since the start of the year.

The Santa Clara, California-based maker of the tools that make semiconductors and OLED display screens has had a stellar run this year as manufacturers, especially ones in China, invest to keep up with the latest improvements in solid-state memory chips and screens. The good news started in May when the company said orders for its equipment hit a 15-year high. Fueling this growth is an improved solid state flash memory chip design known as 3D NAND, which requires new manufacturing equipment. Applied Materials commands nearly half of the spending on semiconductor equipment. High-capacity solid-state devices will play an increasing role in data storage, and Applied Materials is a major source of the equipment needed to make these complicated semiconductors.

Here are the five worst-performing stocks of 2016:

The Boston-based maker of drugs to treat cystic fibrosis said in April that patients taking its key Orkambi drug were discontinuing use within three months due to adverse respiratory episodes at a higher rate than found in clinical trials. Though the company later stated the patients were simply refilling their prescriptions more slowly than anticipated, that news, coupled with the recent cancellation of a late-stage study of a new cystic fibrosis treatment using its other key drug, Kalydeco, has spooked investors. The key to the company’s bounce-back in 2017 will rest on Kalydeco and Orkambi sales growth.

In November 2015, shareholders of the Irish maker of over-the-counter cough medicines, allergy pills and pain relievers rejected a hostile takeover bid by Mylan, the company that landed in hot water this year for its radical EpiPen price increases in the U.S. But more than year later, Perrigo is struggling, having reported weaker-the-expected earnings for much of 2016. It reduced its full-year forecast twice this year and the recent departure of CEO Joseph Papa hasn’t inspired confidence. Earlier this year, Perrigo sold off its vitamins and supplements business and eliminated 800 jobs as part of its effort to raise capital and lower costs to avoid other hostile takeover bids.

It wasn’t supposed to be this way. The online travel company’s recent shift in tactics away from search engine marketing to social media, in an effort to boost traffic and conversions (that’s retail-speak for turning a browser into a buyer) while raising advertising rates, hasn’t worked as planned. Revenue growth has been somewhere between nothing and “meh” for the past year as click-based ads and income from hotel bookings dropped 10 percent in the third quarter. The bright side: visits to the site increased 11 percent in the third quarter, to 390 million unique visitors, compared to the same period last year. But its strategy shift hasn’t yet produced satisfactory revenue growth.

Next year could be a real turning point for residential solar power in the U.S., but one area that isn’t expected to grow very much in 2017 is demand from power companies. Many U.S. utilities have already met current state mandates to generate a certain percentage of their power from renewable energy sources. This doesn’t bode well for First Solar, whose main business is utility-scale solar systems. In November the Tempe, Arizona-based company gave investors pause after said it would cut 1,600 jobs, more than a fourth of its workforce, and would engage in a costly restructuring plan. The news was so grim trading in First Solar shares had to be halted temporarily on Nov. 17 to avoid panic selling.

It was a rough year for the maker of Opana ER brand opioid tablets and the Lidoderm pain-relief patch. First came a Federal Trade Commission complaint in March that alleged the Dublin-based company engaged in “pay-for-delay” deals to fix the prices of the generic versions of its two main drugs. Then in November Endo was slapped with a shareholder class-action lawsuit alleging that its Par Pharmaceutical subsidiary colluded with other companies to fix generic drug prices. The company lost nearly $1 billion in 2015, so it wasn’t sitting pretty coming into the year even before the regulatory action and ensuing lawsuits.