Reliving Agent Orange: What if casualties don’t end on the battlefield, but extend to future generations?

By Mike Hixenbaugh for the Virginian-Pilot - Charles Ornstein 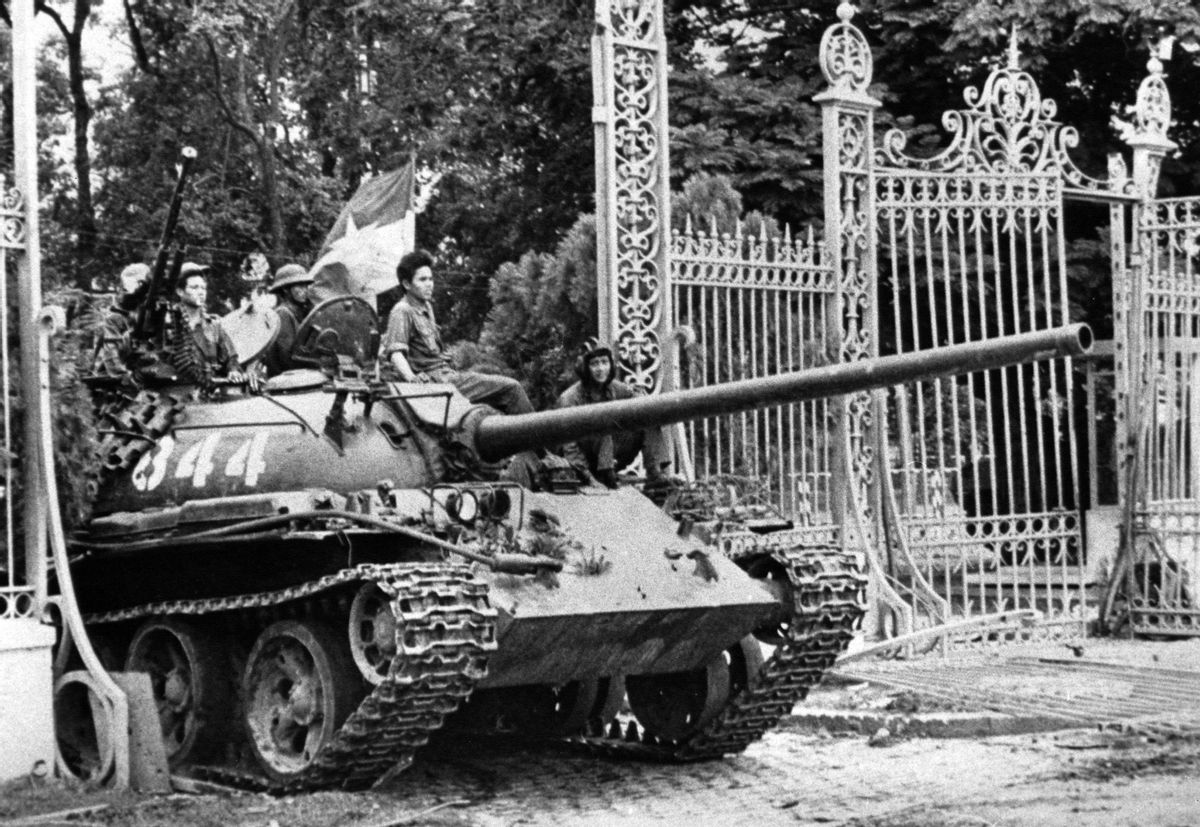 FILE - In this April 30, 1975 file photo, a North Vietnamese tank rolls through the gates of the Presidential Palace in Saigon, signifying the fall of South Vietnam. The war ended on April 30, 1975, with the fall of Saigon, now known as Ho Chi Minh City, to communist troops from the north. (AP Photo/File) (AP)
--

Then there’s the price of caring for those who survived: Each year, the Department of Veterans Affairs spends more than $23 billion compensating Vietnam-era veterans for disabilities linked to their military service — a repayment of a debt that’s supported by most Americans.

But what if the casualties don’t end there?

The question has been at the heart of reporting by the Virginian-Pilot and ProPublica over the past 18 months as we’ve sought to reexamine the lingering consequences of Agent Orange, the toxic herbicide sprayed by the millions of gallons over Vietnam.

We’ve written about ailing Navy veterans fighting to prove they were exposed to the chemicals off Vietnam’s coast. About widows left to battle the VA for benefits after their husbands died of brain cancer. About scores of children who struggle with strange, debilitating health problems and wonder if the herbicide that sickened their fathers has also affected them.

Along the way, we noticed some themes: For decades, the federal government has resisted addressing these issues, which could ultimately cost billions of dollars in new disability claims. When science does suggest a connection, the VA has hesitated to take action, instead weighing political and financial costs. And in some cases, officials have turned to a known skeptic of Agent Orange’s deadly effects to guide the VA’s decisions.

This month, after repeated recommendations by federal scientific advisory panels, Congress passed a bill directing the VA to pursue research into toxic exposures and their potential effects across generations. But even that will take years to produce results, years some ailing vets don’t have.

The questions we’ve posed have no easy answers. But science — and our own analysis of internal VA data — increasingly points to the possibility that Agent Orange exposure might have led to health problems in the children of veterans. And we can’t help but think of the words displayed at the entrance to the VA headquarters in Washington: “To care for him who shall have borne the battle and for his widow and his orphan.”

We noticed the phrase, a quote from Abraham Lincoln’s second inaugural address, during an evening stroll through D.C. in June, a day before hosting a forum on Agent Orange’s generational effects and policy implications. With us that night was Stephen M. Katz, the Virginian-Pilot photographer who initiated our reporting project when he shared the story of his estranged father, a Vietnam vet who’d gotten back in touch to warn that he’d sprayed Agent Orange.

Does the VA’s motto apply to Katz? His brother born before the war is healthy. At 46, Katz suffers from myriad health problems, including a heart defect, type-2 diabetes, an underactive thyroid, immune and endocrine deficiencies, and a nerve disorder that severely limits the use of his right hand.

What responsibility — if any — does a nation have to those who weren’t drafted into service, but who may have been harmed nonetheless?

We posed the question to Dr. Ralph Erickson, the VA's chief consultant of post-deployment health services, who’s involved with the agency’s research efforts. Erickson, who’s had the job since last year, wouldn’t comment on the VA’s past reluctance to study these issues, saying only that his team is committed to it.

And if research someday proves a wartime exposure has harmed veterans’ children or grandchildren? Erickson, whose father served in Vietnam, said that’s a question that would have to be answered by VA lawyers. We pressed him for his personal view, and he too cited Lincoln’s words. But even then, he said it was a “hypothetical” and didn’t directly answer the question.

Vietnam vet Mike Ryan thinks he knows what the answer will be. Nearly four decades ago, his family was among the first to draw widespread attention to the possibility that Agent Orange had harmed veterans’ children. His daughter, Kerry, suffered from 22 birth defects, including spina bifida and other physical deformities.

After his wife died in 2003, he was left to care for his daughter until her death three years later at the age of 35. Lifting her out of bed several times a day to use the bathroom had damaged his back, leaving Ryan bedridden and alone. When we first reached the 71-year-old at his home in Boca Raton, Florida, he was reluctant to retell his tragic story.

“What’s the point?” he said. “The government won’t ever take responsibility.”

In the end, Ryan agreed to talk. Maybe sharing his story one more time would help others get the recognition his daughter never received.

If that happened, Ryan said he could die in peace.

This story was co-published with the Virginian-Pilot.


Mike Hixenbaugh for the Virginian-Pilot

MORE FROM Mike Hixenbaugh for the Virginian-Pilot