My shortlist of political New Year's resolutions: A guide to staying sane in 2017

Yeah, 2016 was hard — and 2017 could be harder. Here are three resolutions I'm undertaking to preserve my sanity 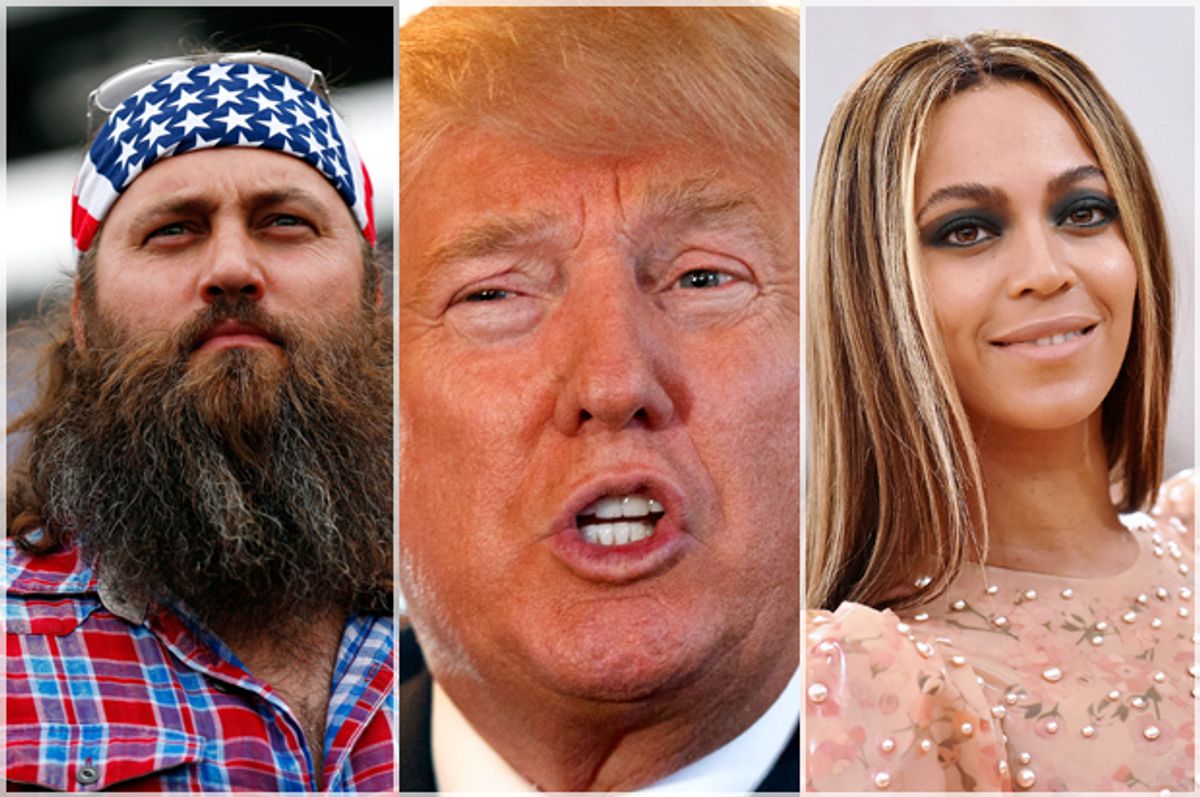 Everyone, well everyone with sense, can agree on this: 2016 was a vile, no-good year that can go suck eggs. Unfortunately, there is every reason to believe that 2017 will be treating us no better. In fact it is quite likely, with President Donald Trump in the White House, to be a waking nightmare from which there is no escape.

Under the circumstances, it's wise to grab control of what you can, and in that spirit, I'll be doing something I almost never do: making New Year's resolutions. Not to exercise more or eat less or play with my cats more, but to manage my political life a little better, with an eye toward not going barking mad at the sheer idiocy of it all.

So here are some steps I'll be taking, or trying to anyway, to make what will already be a stressful situation a little more manageable.

1. No more attention given to dudes who want to relitigate the Democratic primary. I learned at a young age to avoid these types of guys, when they were claiming that Courtney killed Kurt or arguing that Missy Elliott isn't a proper rapper, but thanks to our nifty age of social media, the insecure-yet-opinionated bros of the world can continue spewing their bilious rage about Hillary Clinton winning the primary in my direction. I know better, and yet sometimes the urge to argue against the unrelenting stupidity kicks in and I shame myself by talking at men I know full well will never, ever listen to a woman.

In 2017, for my own sake, it's time to silently block and move on. And not read the comments. It's painful to be reminded that so many men on the supposed left are so hung up about gender, but having learned the extent of the problem, there's no reason to keep torturing myself. Let them go massage each other on The Intercept. I'm done.

2. A strict outrage diet for Donald Trump's culture war antics. I'm not one of those liberals who shrugs off culture-war issues as a sideshow distracting from real politics, to be clear. On the contrary, I'm the first to argue that there's important political meaning in battles over what the guys on "Duck Dynasty" said or whether or not Beyoncé was right to proclaim her feminism. These culture-war fights touch on some of the deepest political issues of our time, even if the trappings are frivolous.

But it's become clear that Trump's provocations — from the Mike Pence "Hamilton" fiasco to whatever asinine thing he's saying on Twitter this week — are rooted in his reality-TV background and his understanding that glib provocation is a great way to sow chaos that both distracts from and helps dismantle our democracy. So my goal is, every time Trump is spouting distracting culture war nonsense, to start looking for whatever, usually more serious, story he's trying to distract the public from.

Taking potshots at Trump is, of course, too delicious a temptation to be refrained from wholly. This is not a pledge to abstain. But not letting our country devolve into a reality TV show is an important goal, and I want to do my part.

3. Having a life outside politics. I pride myself on being someone who has a life outside of politics, who tries to engage in art, music, books and games that aren't enmeshed in the day-to-day news cycle. That's been hard to keep up in 2016, which is one reason I gave up putting together my annual playlist of my favorite music of the year. Frankly, I didn't keep up with it enough this year.

But with Trump ripping through our democracy like a tornado, it's doubly important to remember that there are things in this world that aren't terrible. So it's important to take the time to read a novel or go to a museum or listen to a record the whole way through.

Things are stressful these days, so I'm giving myself permission to go light with the entertainment, if that's what I need. I don't need to watch that tearjerker movie that will rack up all the Oscars and leave me more stressed than I was before I saw it. Watching "Crazy Ex-Girlfriend" or geeking out on the latest Marvel movie is likely going to be a lot of what goes on in 2017. But the important thing is to give myself a break when I need it. Because things are going to be hard enough in the real world.

New Year's resolutions are notoriously hard to keep, of course, and that's one reason I hesitate to make these at all, even less share them. But the ugliness of 2016 should serve as a reminder to be a little easier on yourself and on each other. Maybe these ideas will inspire you to draft your own road map toward staying sane in 2017, as we enter the age of Trump.