The great garbage fire debate: Should we be burning our trash into energy?

Other countries convert incinerated waste into electricity and heat. Could this help our trash crisis? 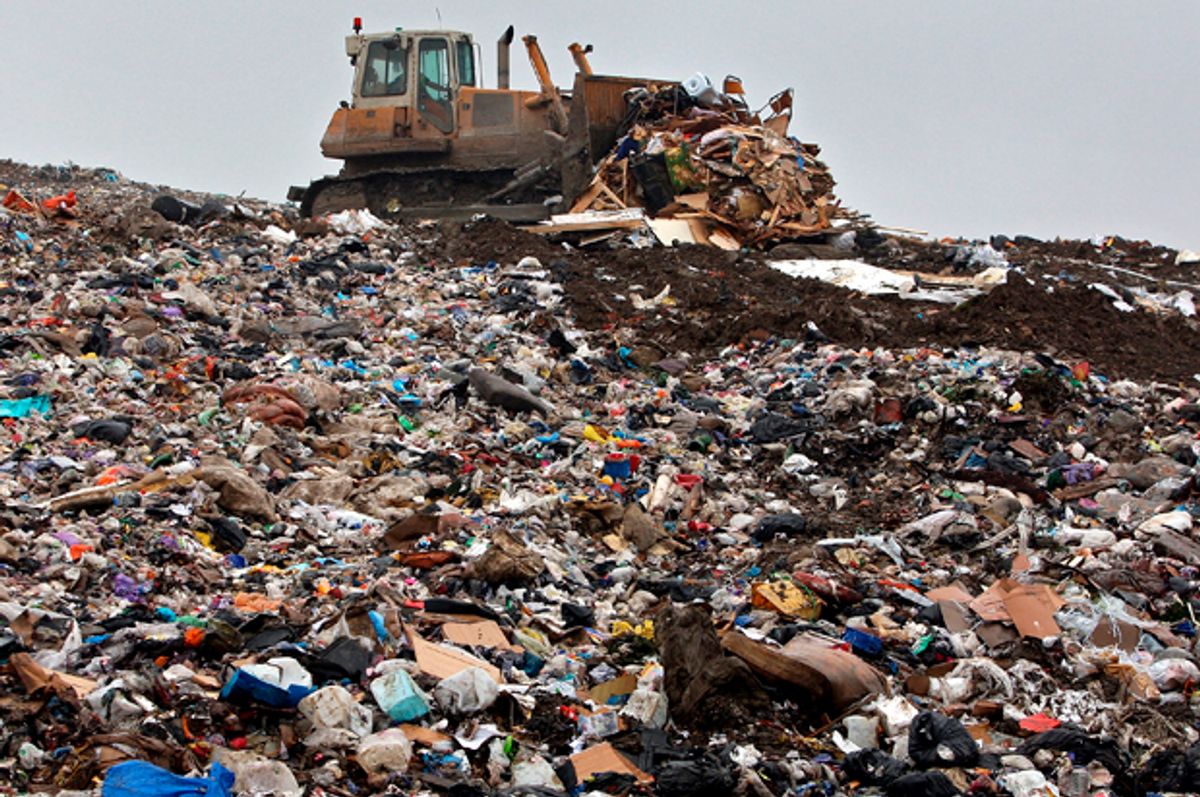 Earlier this year, a video explaining Sweden’s efficient trash burning system made the Facebook rounds, touting a shocking statistic: less than one percent of this country’s household waste ends up in a landfill. Instead, much of it is incinerated and converted into usable electricity and heat via waste-to-energy plants. In the U.S., the clip left the social media community scratching its collective head, and asking: Why aren’t Americans burning more of our own garbage?

Considering we’re in the midst of a trash crisis, it’s a good question. Every year, humans generate more than a billion tons of solid waste, and that number will be closer to 4 billion by 2100. In America, each of us throws away more than seven pounds of garbage a day. In other words: we’re surrounded by rubbish, and because our population is on the rise, the problem is set to get worse.

Today, most of our garbage makes its way into one of America’s 3,500 landfills, but this isn’t a sustainable solution. The trash here doesn’t biodegrade as quickly as experts predicted back in the '30s when the first underground garbage heap was given a test run in California. In fact, much of it mummifies. In 1992, the New York Times reported on a portion of in-tact guacamole retrieved from a landfill 25 years after being thrown out. In the meantime, the landfill trash that does disintegrate leeches toxins like arsenic and lead into groundwater supplies, while greenhouse gases (primarily methane) are released into the atmosphere, expediting the climate change that’s set to displace hundreds of millions of people. At the same time, for their role in driving this climate change, fossil fuels are increasingly becoming fuel source non-grata. We need a new way to power the planet.

Citing these reasons, countries around the globe are increasingly turning to waste-to-energy (WTE) technology, in which the heat from burning trash converts water into steam that’s used to power a turbine generator for producing electricity. China plans on building 300 WTE plants over the next three years, including the largest facility of its kind in the world. It will be capable of burning 5,000 tons of trash a day and it will turn at least one-third of that into usable electricity. And Europe has historically been the largest market for waste-to-energy technology on the planet.

Proponents point to an allegedly subtle (relatively) environmental footprint. While waste-to-energy plants do release greenhouse gasses -- just like landfills -- these facilities have “much lower carbon equivalent emissions,” according to Columbia University’s Waste-to-Energy Research and Technology Council. Also, “WTE plants conserve fossil fuels by generating electricity. One ton of municipal solid waste combusted reduces oil use by one barrel (ie, 35 gallons).” In fact, according to the industry’s main lobbying group, the Energy Recovery Council, 24 states recognize waste-to-energy power as renewable since the fuel source — rubbish — won’t ever run out. And contrary to popular belief, research shows that adopting WTE technology does not reduce recycling rates. Furthermore, certain valuable metals can be recovered from post-combustion ash.

Yet, while the U.S. has sipped on it, we haven’t yet drunk the WTE koolaid. In America, 77 waste-to-energy plants operate in 29 states (they burn about 12 percent of our trash yearly), and hundreds more have been proposed in recent decades. But due to cost, regulatory hurdles and grassroots resistance, only one such facility has been built in the last 20 years, a $672 million project in Palm Beach County that was brought online last year.

So why haven’t we embraced the technology?

For one thing, it’s a lot pricier to build and operate a WTE facility than a landfill. There are success stories -- the energy generation of one plant in Uruguay (380 GWh of electricity annually) translates to about $35 million in revenue per year. For context, the facility requires $10 million less than that per year to operate. But there are also many stories of fantastic economic failure. In 2011, the city of Harrisburg declared bankruptcy largely due to the $310 million worth of debt accrued by the city’s WTE plant, the Harrisburg Resource Recovery Facility.

But for many activists, the real costs of this technology are environmental -- to call trash incineration renewable is laughable, they say, since much of the energy content comes from oil-based plastics, and most of our discarded products require way more energy to make than they could ever provide as fuel. Furthermore, misinformation abounds surrounding the technology’s carbon footprint. According to EPA data, trash incineration releases 5,511 pounds of carbon dioxide per megawatt hour of energy produced – 2.5 times more than the 2,186 pounds you get making the same amount of energy from coal. However, EPA argues that trash burning only releases 1,016 pounds, after ignoring nearly half of the emissions as “carbon neutral” and subtracting emissions that would have occurred if the trash were landfilled. But as Mike Ewall, founder and director of the Energy Justice Network, told Salon: “They’re clever in their accounting tricks. Carbon neutrality claims have been scientifically debunked. We also wouldn’t stand for a wind farm trying to argue that their zero carbon emissions were actually negative 2,000 because they want to compare themselves to coal. Incineration needs to be compared to true zero waste solutions, not just landfills. Incineration is the most expensive and polluting way to manage waste or make energy.”

Additionally, while these WTE facilities may meet emission guidelines individually, only three states have any official metric evaluating the cumulative impacts of multiple emission sources in one area. “This is problematic, since sites chosen for these projects are often overburdened already with toxic exposure,” Chloe Ahmann, doctoral candidate at George Washington University, told Salon. Her research focuses on the grassroots effort to stop incinerators in South Baltimore, where the Fairfield Renewable Energy Project recently met a slow death. “This reality isn’t accounted for in our regulatory system.”

Some argue that America simply isn’t implementing the technology in the right way -- rather than trying to open huge, ugly, scary facilities no one wants to be near in areas already struggling with social justice issues, we should take a cue from energy-independent Denmark, which has opted instead for small-scale plants that contribute to a sense of neighborhood pride. In Copenhagen, one beautifully-designed WTE plant doubles as a ski slope and blows an awareness-raising steam ring for every ton of CO2 burned. The more people recycle, the fewer rings there are. In this way, the plant plays a key role in Denmark’s goal of becoming more eco-friendly.

As the WTE debate intensifies, experts on either side of the aisle can at least agree on one thing: it’s this mindfulness that’s missing from our trash strategy.

“We roll our garbage to the curb and poof it’s gone,” Edward Humes, author of "Garbology: Our Dirty Love Affair With Trash," told Salon. “So we don’t think about it. But if our products are destined to be fuel, we need to start designing them with this in mind. If we’re serious about recycling, we need to engineer materials better suited for this. Instead, we’re all about bolting solutions onto the end of a process. Think about the moon mission -- there was a strategy in place to reach a goal incrementally, right? First we designed a spacecraft that could leave the atmosphere, then one that could orbit the earth, then rendezvous with other spacecraft. That’s how we went from nothing, to landing on the moon within ten years. There isn’t anything like that in the trash sphere. Could WTE facilities be part of a larger plan rather than an end in themselves? Maybe. But right now, there’s no 30,000-foot view, no larger plan to design waste out of our daily lives. The missing piece is the most important one.”