Donald Trump and the Russian election hack: Why is he resisting all the evidence?

Maybe Trump is Putin's tool, or is being blackmailed. But isn't it more likely he's just an insecure little creep? 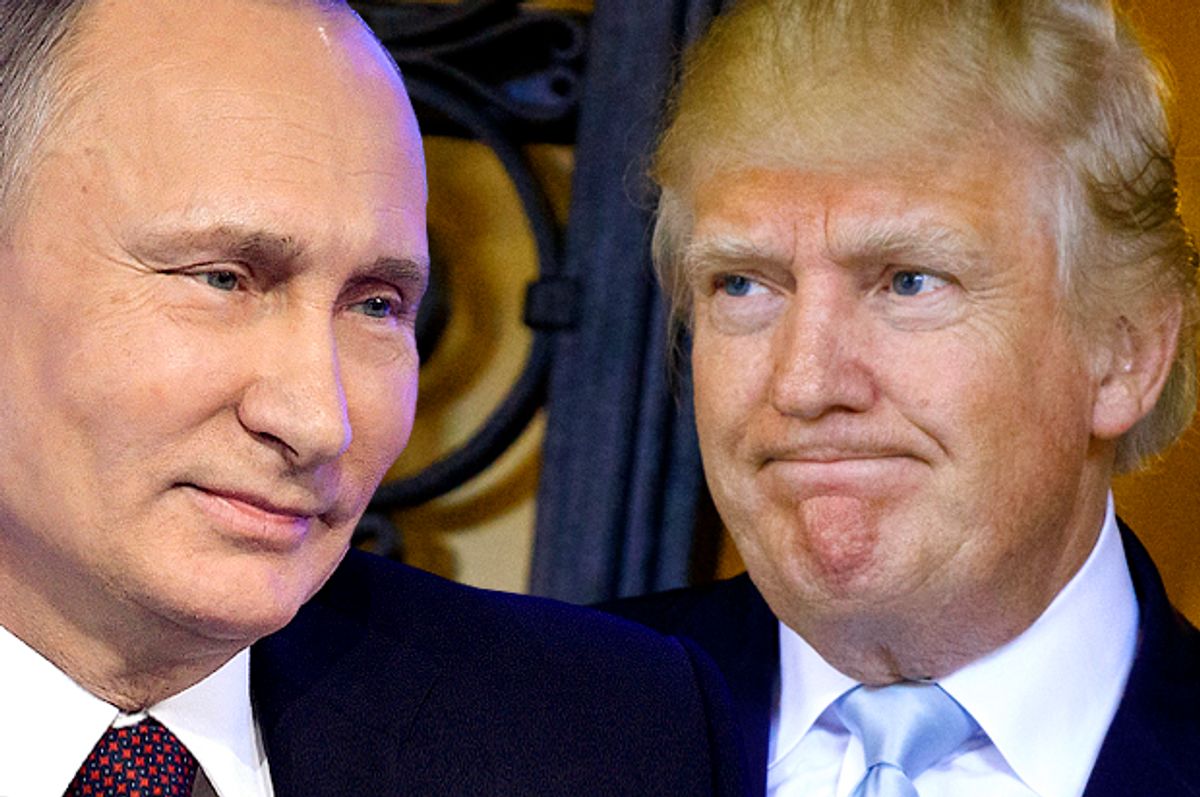 If there is any aspect of the just-concluded election more bizarre than the allegations of Russian meddling on behalf of Donald Trump, it is Trump’s continuing resistance to the possibility that the assertions are true.

This is a man, after all, who has never been shy about sharing his beliefs in the most outlandish theories. He has spent the last year and a half throwing out charges without offering evidence, implying by turns that the United States government was intentionally allowing migrants to flood across our southern border, or that Democrats were colluding to steal the election through voter fraud, or that Justice Antonin Scalia might have been assassinated. He first gained notoriety with Republican voters by openly questioning whether President Obama was really born in Hawaii, sucking up all sorts of oxygen to keep attention on that baseless slur.

Nor is this habit of tossing around baseless accusations limited to Trump's time in politics. In 1989, when five teenagers were accused of gang-raping and nearly killing a jogger, Trump took out a full-page newspaper ad declaring the youths guilty just two weeks after their arrest, long before a trial was even scheduled. This year, despite the fact the men were long ago exonerated, he was still casting doubt on their innocence.

Given all this and so many more examples, it is more than a little jarring to watch Trump turn more cautious than George McClellan, the hesitant general who nearly lost the Civil War, when the question of possible cyberattacks by Russian hackers comes up. Suddenly the president-elect is warning the public that “hacking is very hard to prove.” Suddenly he wants America’s multiple intelligence agencies, who have been seemingly united in their belief that Russia was responsible for hacking the Democratic National Committee and other targets, to be “sure” of their assessment “because it’s a pretty serious charge.” Suddenly his surrogates think it would be “unbelievably irresponsible” to plan a response to Russia, even though the current president has already been sufficiently convinced to take action.

On that last point, there has even been noise from the Trump camp that perhaps the sanctions leveled on Russia last week by the Obama administration were out of proportion to the offense, which makes Vladimir Putin’s decision to not retaliate look even smarter. In three weeks, Trump might very well decide to lift them.

That Trump is showing this abundance of caution while at the same time making foreign policy on Twitter by threatening North Korea and reprimanding China for not doing anything to rein in the neighboring dictatorship is all the more frustrating.

This is not to say that caution over the hacking allegations is unwarranted. Being an informed citizenry demands that we do not uncritically accept everything our nation’s intelligence community tells us without rigorous proof. But in this case, if there is dissension within the intelligence community about the validity of the accusations, it is being kept awfully quiet.

There are 17 intelligence agencies in the U.S. government. No one among what is undoubtedly thousands of employees appears to be leaking opposing views to the press, as happened during the run-up to the Iraq War, when the split between the intelligence community and the Bush administration played out in the nation’s newspapers. That alone offers a solid indication that there is some truth to the hacking stories.

There are a lot of theories floating around about why Trump is showing caution here, a trait that does not come easily to him. But rather than his being some sort of Manchurian Candidate, or the victim of blackmail by the Kremlin, I’m betting on the most obvious explanation. Which is that it presents an existential threat to Trump’s entire concept of self to think that anyone – Vladimir Putin, armies of Russian hackers – put a thumb on the scale for him. His ego would crumble if he had to admit publicly or even privately that his win was due to something outside his control. It is not for nothing that Alex Koppelman of the New Yorker once said of Trump that he “was born on third base and thinks he invented baseball.”

Simply put, it wounds Trump to think that his stunning election victory was due to anything besides his own incredible gifts as a candidate and a person. Hence the sight of his various lackeys, most of whom never heard a conspiracy theory they wouldn’t push, pumping the brakes at the merest hint of Russian meddling in the recent election.

What does it mean for this nation, and the free world, to be led by a man whose ego is so fragile that his advisors must spin an entirely new reality every day, or even every hour, based on whatever rocket-fueled insecurity is zooming through his brain at any given moment? We’re going to find out soon enough, but it can’t be anything good.