For $5,000-per-plate, Buffalo bigwigs can help the president-elect's transition team pay its bills 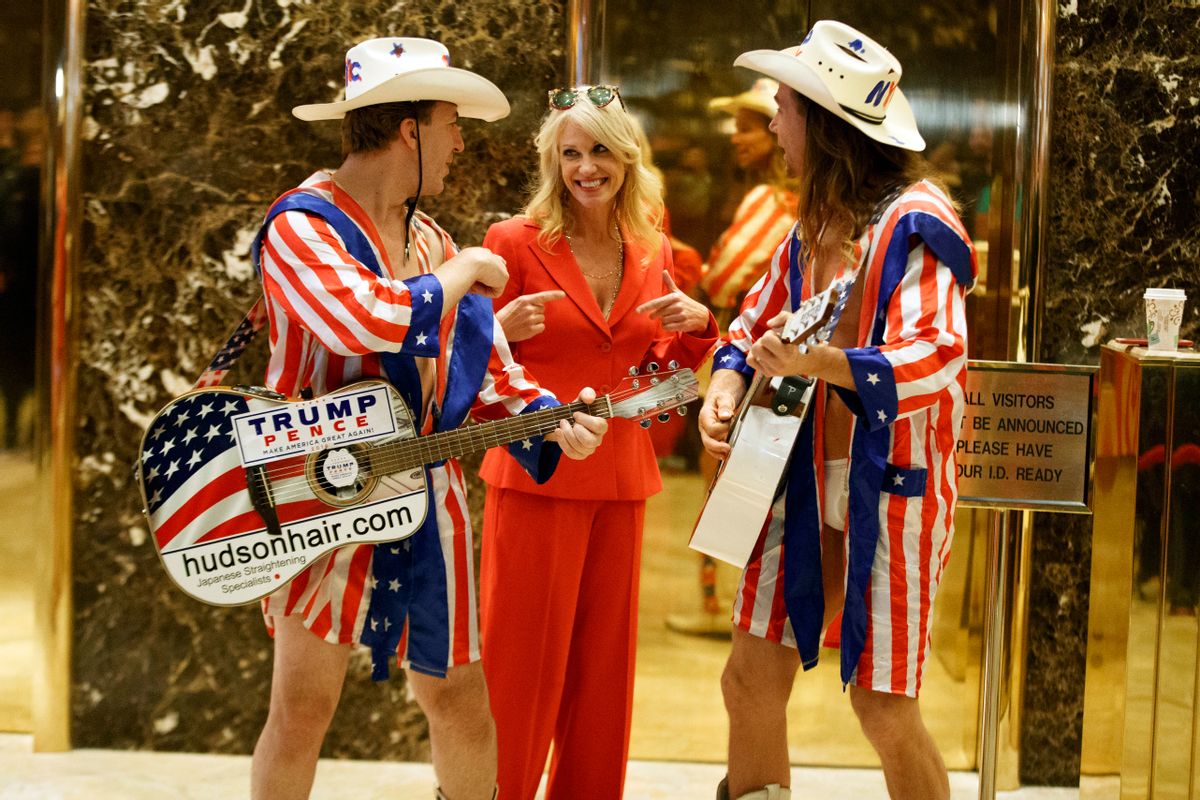 Kellyanne Conway, Donald Trump's former campaign manager, is scheduled to host a $5,000-per-plate fundraising luncheon to offset some of the cost of the president-elect's transition team, according to a report from Buffalo, New York, NPR affiliate WBFO.

"Mr. Trump held a fundraiser down in New York City a few weeks back and did raise some money, but they have — I would use the word ‘struggled’ — to raise the private funds needed to pay these individuals who are working on behalf of the taxpayers but not being paid by the government," Rep. Chris Collins, a co-chair of Thursday's luncheon, told WBFO.

"President-elect Trump knows I am a true supporter," Collins added. "I’m not asking for a job in the administration. I’m doing this because I want to help America move forward, make America great again. This is being done because we’re at a critical point in our country’s future and this, like I say, is a very important piece to him, personally."

As RawStory noted, "Presidential transitions are partially funded by taxpayer dollars, but mostly funds come in from major donors seeking face time with the incoming president and to rub elbows with celebrities at the inauguration."

Unless you're into trophy hunting, though, celebrity elbows at Trump's inauguration will be few and far between.

Protesting the fundraiser, Erie County Democratic Chairman Jeremy Zellner released a statement on Saturday: "After campaigning on ‘draining the swamp’ and a commitment to the working class, Trump is sending his campaign manager, Kellyanne Conway to Buffalo to grab big money from the same elite he railed against for a year and a half."

Asked Zellner, "What is this money even for?"