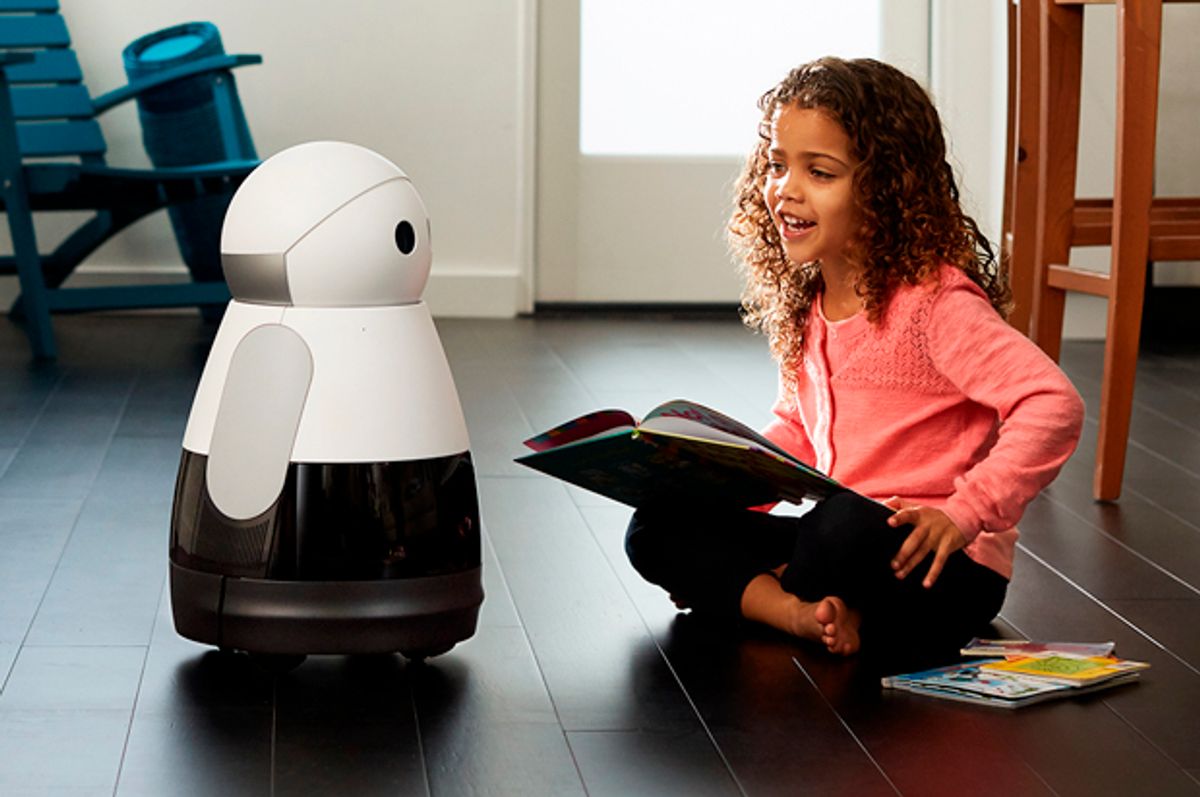 The holidays may be over for most people, but the annual gadget carnival of the Consumer Electronics Show in Las Vegas will give some technology-obsessed people a few extra festive days to browse the latest in TVs, self-driving cars, household robots, augmented reality spectacles and more than a few concept thingies and buggy doodads that will either fail in the market or never make it to store shelves in the first place.

Past CES expos have featured debuts of the VCR, the compact disc player and the Microsoft Xbox gaming console, and each year tends to focus on a number of key trends for this broad industry that by some estimates will generate $3 trillion in sales worldwide by 2020. That’s a lot of cash, which explains why so many established companies and startups show up at this event.

Some of the more interesting oddities at CES 2017 include a refrigerator-sized automatic clothes-folding robot from Japanese electronics giant Panasonic, an Australian-made braille tablet for the blind and a combination light bulb and high-definition streaming video camera from a two-year-old French startup.

CES 2017 began Tuesday for the media and will open for four days to exhibitors and industry executives on Thursday. Here are five of the major themes that hint at the direction consumer electronics is taking for 2017.

Last year, Amazon.com’s Echo, the internet-connected home speaker, kicked off what appears to now be a wider embrace of voice activation smart home technology. The Seattle online retailer is hell-bent on ensuring that Alexa, the artificially intelligent digital brain powering the Echo speaker, becomes the standard voice control system for the home. GE will show off a sleek AI table lamp at CES that uses Alexa to do what the Echo does: answer questions drawn from Internet searches, play audio tracks on demand and obey simple smart-home commands, like preheating an oven.

Samsung will display an Alexa-compatible robotic vacuum cleaner, too. Already more than two dozen gadgets can be controlled by Amazon.com’s technology. The race to claim market share in consumer-facing digital assistants is just getting started and it already looks like Amazon.com is way ahead of the pack.

If buying flat screen televisions is confusing now, wait until there are even more formats and acronyms to deal with. Panasonic is arriving to the show with an improved version of its OLED (organic light-emitting diode) plasma televisions to address consumer complaints that earlier versions made it hard to distinguish among subtle shades of black. Meanwhile Samsung is making a splash with its curved QLED (quantum-dot light emitting diodes) television it claims is the next generation, brighter version of OLED. These televisions are increasingly embracing the HDR, or high-dynamic range, standard. But HDR comes in three sub-standards that manufacturers will either have to agree to make cross-compatible or create further headaches for consumers who would have to decide which television uses which format. The televisions showing up at this year’s CES will show whether companies are going to play nice or not on this front.

Over the years, robots have appeared at technology expos with lofty promises that droids would soon be populating homes to do all the grunt work of day-to-day housekeeping. And every year this doesn’t happen. But the adoption of artificially intelligent robots for the home might actually be moving in that direction, helped by two forces: advanced self-correcting artificial intelligence and the lower costs of fabricating the components and sensors needed for robots that learn.

Dozens of exhibitors are expected to display some form or another of personal robotic assistants, from Mayfield Robotics’ Kuri — essentially a cute Amazon Echo on wheels — to ITRI Taiwan’s Intelligent Vision System, a home-version of a small industrial robot with deep-learning capabilities, such as filling differently sized coffee cups distributed randomly around an area within its range.

Several companies arrived at the CES last year with some virtual reality (VR) headsets that didn’t really take off in the market, especially at the pricier end where a set can cost $2,000. Samsung’s Oculus headsets aren’t even showing up this year. But since the augmented reality (AR) game Pokémon Go, which captured the country’s attention for a few weeks last summer, the interest in augmented reality headsets has risen. Practical, utilitarian application of the technology seems elusive for now, but that could soon change. Unlike VR, which puts real objects (usually a person wearing the headset) inside a simulated reality landscape, like a computer game, AR overlays simulated objects into the real world, like the route of an underground sewer line or 3D holographic driving instructions. Both AR and VR currently work best with high powered (and currently pricey) headsets, like the high-end version of the Oculus and Microsoft’s new HoloLens. Several exhibitors will be showing off their applications for augmented reality, which Facebook CEO Mark Zuckerberg has said will advance to the point where people could wear AR contact lenses to assist in their day-to-day activities.

5. Cars of the future

Some automakers have started in recent years to use the CES as a springboard to the North American International Auto Show in Detroit which takes place after the CES. This year will be no different as Ford Motor, Mercedes Benz, BMW, Fiat Chrysler and others plan to display their visions for a future where cars, computers and robots merge. This year we’ll see Ford show off its new fleet of sleek self-driving Fusion hybrid sedans while Fiat Chrysler and Waymo (Alphabet’s self-driving car division) will let attendees see the self-driving 2017 Chrysler Pacifica minivan. Mercedes Benz is arriving at the expo with its all-electric Concept EQ sport utility vehicle and a crazy-looking electric delivery van armed with robotic drones to take packages where the vehicle can’t go. There will be a lot of talk of “smart mobility” and “deep learning” among automakers at the CES. Though like a lot of tech at the trade show, what developers talk about and what they actually do can vary greatly, especially when the word “concept” is used.