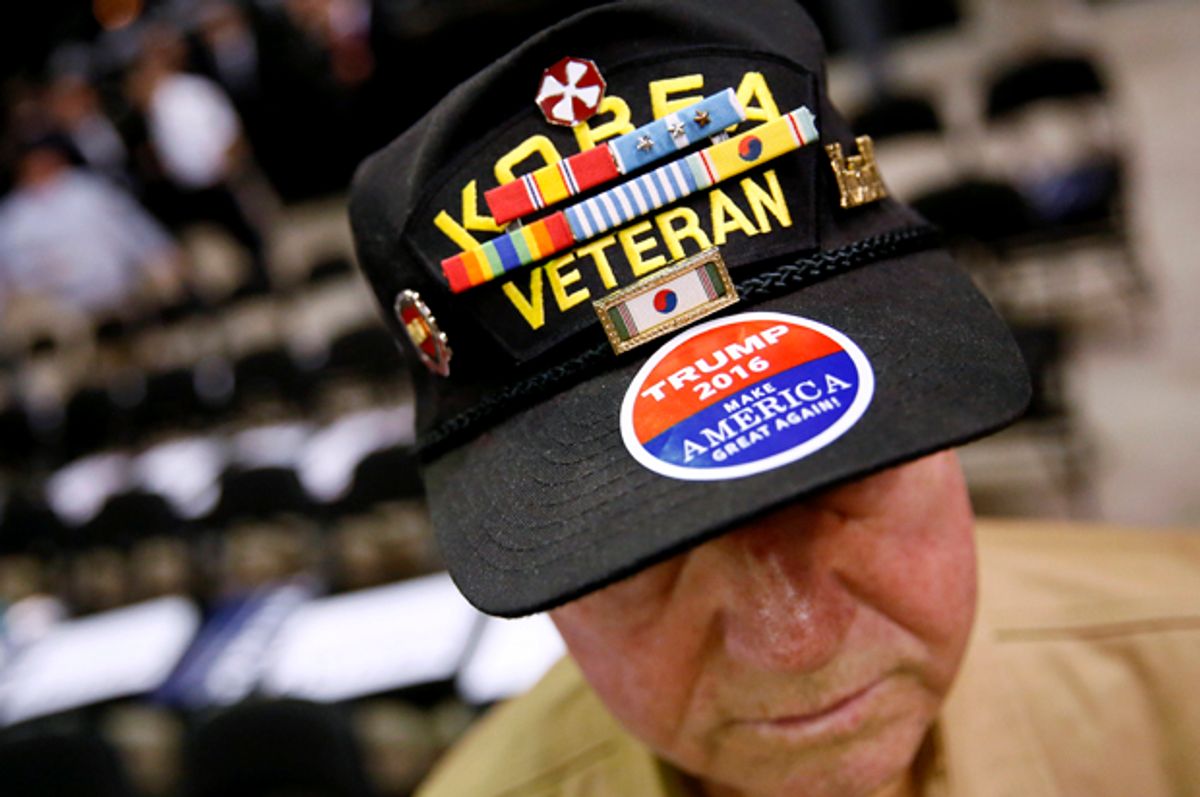 President-elect Donald Trump predictably angered a lot of people on New Year's Eve when he took to his favorite medium to wish everyone — including his “enemies”— a Happy New Year in 140 characters or less.

“Happy New Year to all, including to my many enemies and those who have fought me and lost so badly they just don't know what to do. Love!”

At this point, nobody should be surprised when the troller-in-chief starts provoking people on Twitter with his petty and obnoxious tweets, often meant to distract the media from other stories that Trump would prefer go unnoticed or underreported. But this particular tweet does indicate what many commentators have long anticipated: that President Trump will be the most vindictive and petty commander-in-chief since Richard Nixon, who infamously kept an “enemies list” and at one point even considered ordering the assassination of one longtime critic, journalist Jack Anderson. (Since it was the 1970s, the conspirators contemplated giving Anderson a massive dose of LSD.)

Like Nixon, Trump has many enemies, and he is not one to forgive or forget. So there is a good chance he will use the power of the presidency to go after his enemies and critics — and possibly end up being more Nixonian than Nixon himself. (Of course, Trump could be just as corrupt and unethical as Nixon and the current Republican-controlled Congress wouldn’t dare impeach him.)

Trump’s “enemies” tweet should also be a wakeup call for anyone who is still urging others to give the president-elect a chance, or to put “partisan politics” aside for the good of the country. In fact, the very opposite should be done — for the good of the country. Even if Trump had decided to act more “presidential” (which nowadays seems to be a mere euphemism for acting like a reasonable adult) and sought to unify the country after wining the election, he still wouldn’t have deserved an even slightly cooperative opposition.

But Trump has actually done the opposite since winning the election, behaving as divisively as he did during his campaign — insulting and bullying critics, praising foreign dictators (including one who ostensibly tried to interfere with our elections), regularly lying and promoting conspiracy theories — while assembling one of the most reactionary cabinets in modern history.

For all intents and purposes, then, President Trump should be recognized as an enemy, and the opposition party should treat him with as much respect as his party gave to President Obama. Let us remember that for years, Trump and a large part of the GOP questioned whether Obama was even an American citizen. Many still do, so any Republican partisan who complains about other people disrespecting the president has his head permanently lodged up his butt. To treat a man as dangerous as Trump as anything but an enemy would be a serious mistake that would only serve to normalize him, along withthe neo-fascists and white supremacists who have been emboldened by his campaign.

At the same time, it is important not to fall into the erroneous and destructive mindset that every single person who cast their vote for Trump is an enemy, or should be considered as such. To think this way would be a grave mistake — not just politically, but morally.

Those who rightly view Trump as their enemy must not lose their capacity for empathy. While resisting Trump, it is vital to understand why so many people who will, in all likelihood, suffer from his administration’s policies voted for him anyway. Of course, a sizable amount voted for the billionaire because of his bigotry and chauvinism, not in spite of it — and these people don’t deserve any kind of sympathy. But a great number of those who voted for Trump did so out of sheer desperation, not because they are white supremacists or fascist sympathizers.

J.D. Vance’s acclaimed memoir, “Hillbilly Elegy,” which recounts his life growing up in a dysfunctional family in Kentucky and Ohio, illustrates how the white working class — particularly within the Rust Belt and Appalachia region — has become increasingly hopeless since deindustrialization took off in the late 20th century. Globalization has left behind a desolate existence in many once-thriving cities and towns, and this has fostered what Vance describes as “a world of truly irrational behavior,” where drug addiction and suicide have spiraled out of control and the average life expectancy has actually declined in the 21st century.

Vance argues that this bleak reality and lack of purpose has led to a culture of bitterness and self-deception, which has, not surprisingly, made people increasingly susceptible to demagoguery. “We talk about the value of hard work,” observes Vance, “but tell ourselves that the reason we’re not working is some perceived unfairness: Obama shut down the coal mines, or all the jobs went to the Chinese. These are the lies we tell ourselves to solve the cognitive dissonance — the broken connection between the world we see and the values we preach.”

A majority of these folks voted for Trump, of course, and he blamed Obama and the Chinese — among many other scapegoats — for very real problems. (These problems are largely a product of the inherent forces of capitalism, but it is much easier to scapegoat certain individuals or groups than to talk about a complex economic system.) What is needed when resisting the president-elect’s dangerous agenda is empathy and compassion for these Trump voters, not scorn and selfish indifference (something quite common among liberal elites). A politics of solidarity is the Kryptonite to Trump’s politics of resentment and division, and the goal should be to expose Trump as the dangerous charlatan that he is, not play into his game of demonization.

Trump knows who his enemies are, and there's no telling how he will use the presidency to seek revenge. His enemies are legion, of course, and just about anyone who criticizes him publicly can count themselves as a foe. Those who oppose him must encourage empathy and promote a politics of solidarity — but it is equally important to know who your true enemies are, and treat them accordingly.