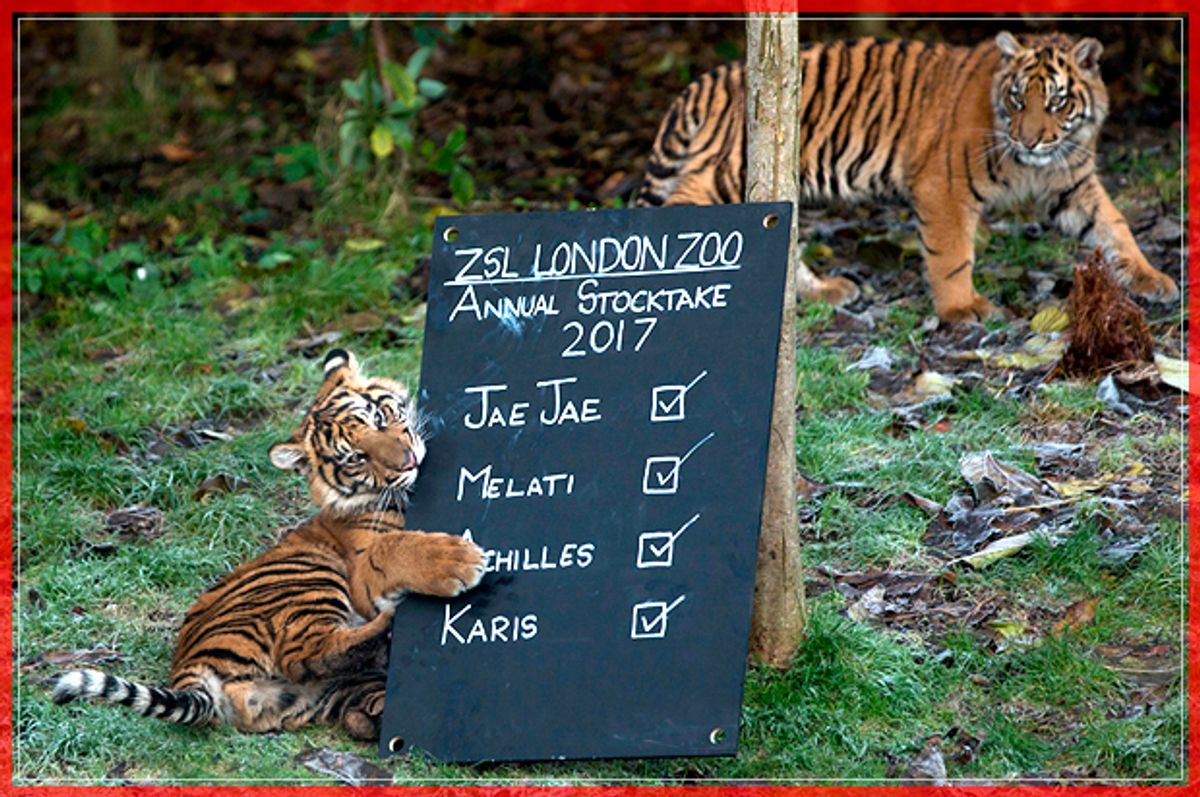 A Sumatran Tiger cub is pictured playing with the board during the annual stocktake photocall at London Zoo in central London on January 3, 2017. The compulsory annual count is required as part of the zoo's licence. / AFP / Daniel LEAL-OLIVAS (Photo credit should read DANIEL LEAL-OLIVAS/AFP/Getty Images) (Afp/getty Images)
--

London, England  Kirsty Wigglesworth/AP
Sumatran tiger cubs play with a blackboard during the London Zoo's annual stocktake photocell, where every animal in the zoo is counted and weighed Is my own cat's tendency to chew on the side of my laptop part of its wild DNA, or a neurotic tic borne from a life in captivity? Hard to say. Meet Robert Marchand, who just set a world record in cycling in the elite over-105 age group. That's right – over-105. His resumé includes stints as a firefighter, a lumberjack, a gardner and, being French, a wine seller! Let's all raise a glass to M. Marchand and keep up with him! Thinking about the next four years is anxiety inducing, but let's not forget that a number of incredible forces of nature are joining the House and Senate, where they will fight the good fight on behalf of their constituents. Foremost among them is Senator Tammy Duckworth, an Illinois Democrat who served two terms in the House before ousting incumbent Republican Mark Kirk on Nov. 8. She was one of seven new senators and 27 re-elected senators sworn in to office by outgoing Vice President Joe Biden, and has a reputation for being tough as nails.