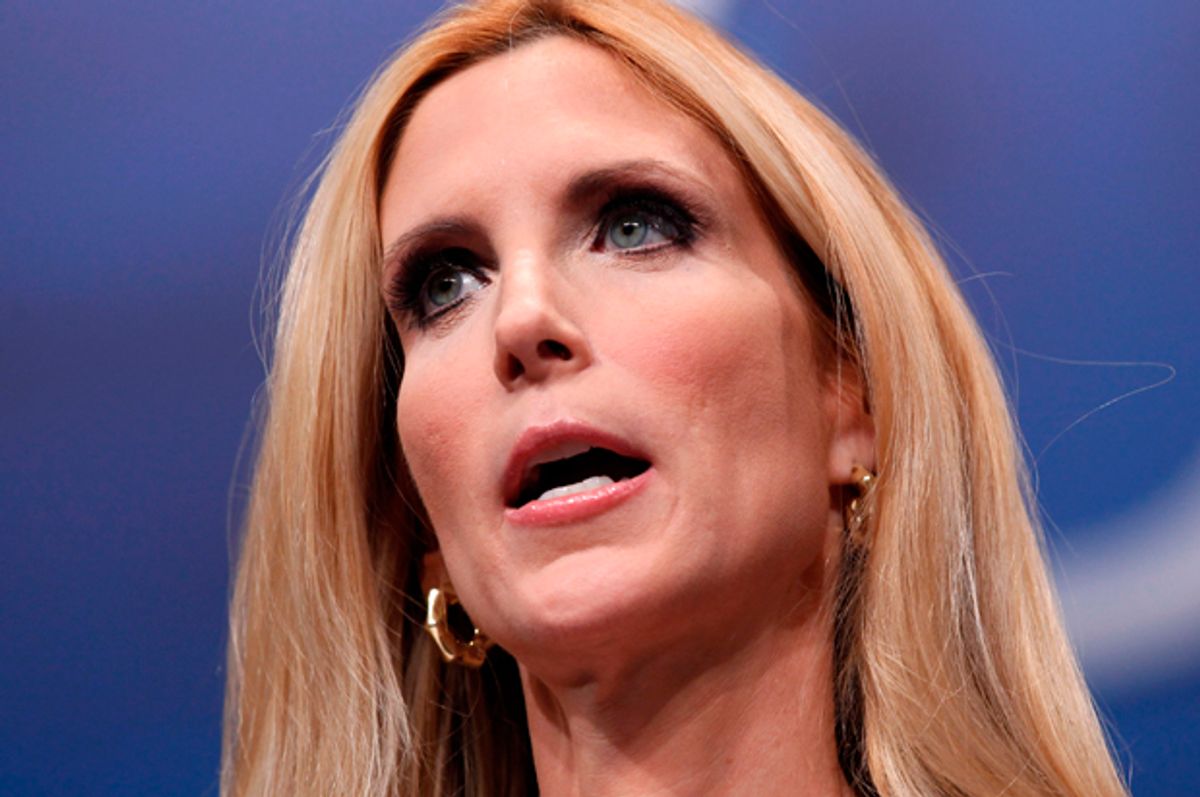 Maybe it's Ann Coulter who has hit rock bottom. The conservative political commentator — an expert on the intricacies of race relations in the United States — threw her support behind the KGB Wednesday night before sending a vague tweet on Thursday that alluded to a number worshipped by white supremacists.

Assange: It wasn't the Russians or Putin! You know the Dem party has hit rock bottom when the KGB is telling the truth & the DNC is lying.

Coulter is not unfamiliar with asinine outbursts on social media. She has even parroted legitimate neo-Nazi talking points. It's hard for her to claim ignorance on the "14!" tweet — even though it's obscure and lacks context. However, among white supremacists, the number 14 typically refers to a 14-word mission statement on white supremacy initially penned by a Klu Klux Klan member while in federal prison: "We must secure the existence of our people and a future for white children." Coulter's subtext wasn't lost on Twitter trolls, who were eager to welcome Coulter's declaration of hate.

@rasmansa @AnnCoulter We are awake and there is nothing you can do about it, pushed us to far Negro.

@racistdetective @AnnCoulter she could mean 14 days to inauguration 😏

@redpillchick @AnnCoulter
is it my tired brain or are there 15 days till inauguration?

Coulter's affinity with white nationalism is nothing new, but her outspoken support of the KGB brings her more in line with fellow Trump apologists Tucker Carlson and Sean Hannity with her devout skepticism that Russia committed the cyberattacks on the Democratic National Committee. In December, Coulter claimed to have two sources who said a Sanders-supporting Democrat provided the hacked emails to WikiLeaks.

Two sources claim it was Sanders-supporting Dems who leaked to Wikileaks not Russia. So it was communists who leaked, not former communists. — Ann Coulter (@AnnCoulter) December 16, 2016

At least the KGB isn't the Democratic Party, Coulter would probably quip back.