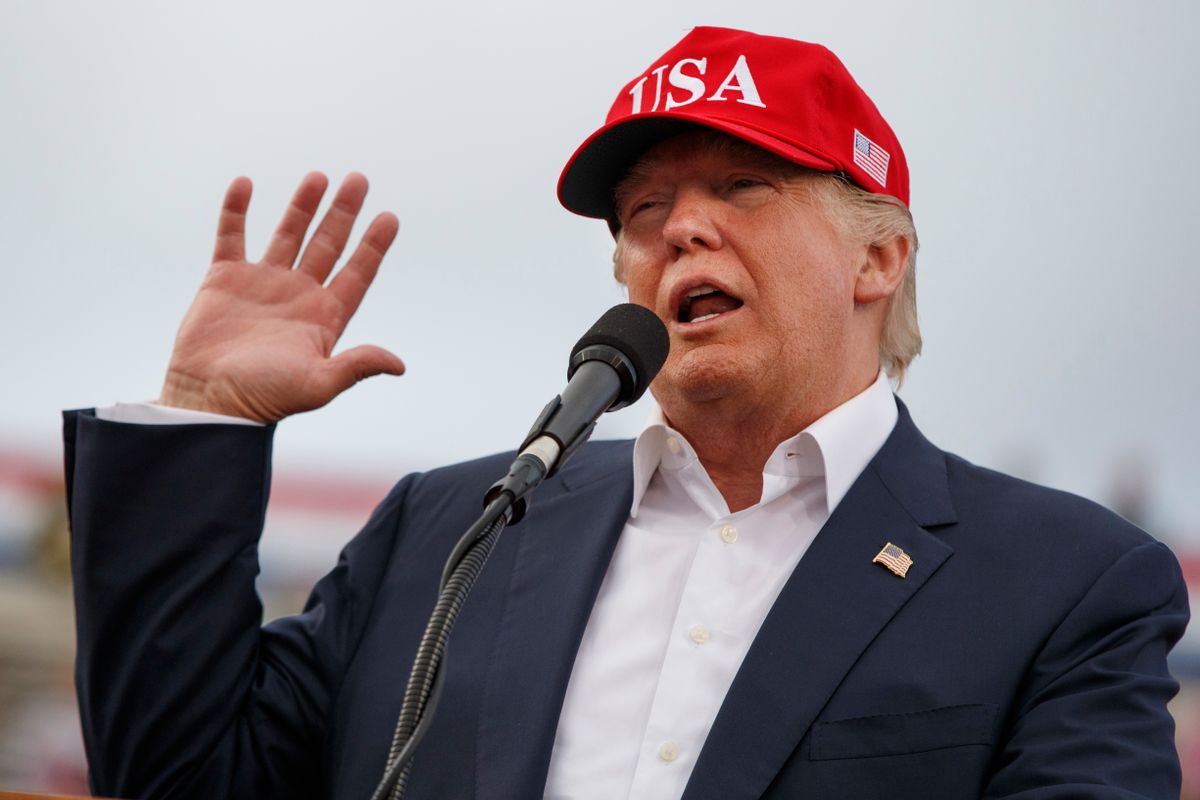 FILE - In this Saturday, Dec. 17, 2016, file photo, President-elect Donald Trump speaks during a rally at Ladd-Peebles Stadium in Mobile, Ala. Trump is poised to meet with his incoming national security adviser on Wednesday, Dec. 20, in the aftermath of a rattling day of violence around the world. (AP Photo/Evan Vucci, File) (AP)
--

President-elect Donald Trump does not have a solution to the pending repeal of Obamacare, so he's leaving it up to a "clown" and the Republican Party to come up with a replacement plan. After Democrats made hay of the GOP's plan to repeal the Affordable Care Act, adopting the slogan "make America sick again" in the process, Trump appears to be rattled over the negative media attention, tweeting Thursday morning that Democrats, "lead by head clown Chuck Schumer," were responsible for the law's shortcomings.

The Democrats, lead by head clown Chuck Schumer, know how bad ObamaCare is and what a mess they are in. Instead of working to fix it, they..

...do the typical political thing and BLAME. The fact is ObamaCare was a lie from the beginning."Keep you doctor, keep your plan!" It is.... — Donald J. Trump (@realDonaldTrump) January 5, 2017

...time for Republicans & Democrats to get together and come up with a healthcare plan that really works - much less expensive & FAR BETTER! — Donald J. Trump (@realDonaldTrump) January 5, 2017

Following his election win, Trump told CBS's "60 Minutes" that Obamacare will be repealed and replaced "simultaneously." Vice President-elect Mike Pence confirmed Wednesday that repeal-and-replace of Obamacare "was the first order of business."

Republicans in Congress, for their part, insist that no American will be left without health coverage after Obamacare is repealed. "We've been saying all along, we don't want to pull the rug out from under people while we're replacing this law," House Speaker Paul Ryan said. "The point is, in 2017, we don't want people caught with nothing." Asked if he has a plan to replace Obamacare, Ryan said, "We have a plan to replace it. We have plenty of ideas to replace it and you'll see as the weeks and months unfold what we're talking about replacing it with..."

Kellyanne Conway, Trump's campaign manager and soon-to-be counselor to the President, said on MSNBC's "Morning Joe" that no one will lose health coverage after Obamacare repeal. "We don't want anyone who currently has insurance to not have insurance," Conway said.

This conflicts with what Trump ran on; his own campaign page argues good healthcare reform includes: "block-grant Medicaid to the states." It's not the first time Trump would have flip-flopped. Just two months ago, Trump tweeted he had a "good relationship with Senator Chuck Schumer."

I have always had a good relationship with Chuck Schumer. He is far smarter than Harry R and has the ability to get things done. Good news!