Career opportunities: An increase in the unemployment rate is not always a bad thing

According to estimates, the U.S. added 175,000 workers in December. But the jobless rate could also tick upward 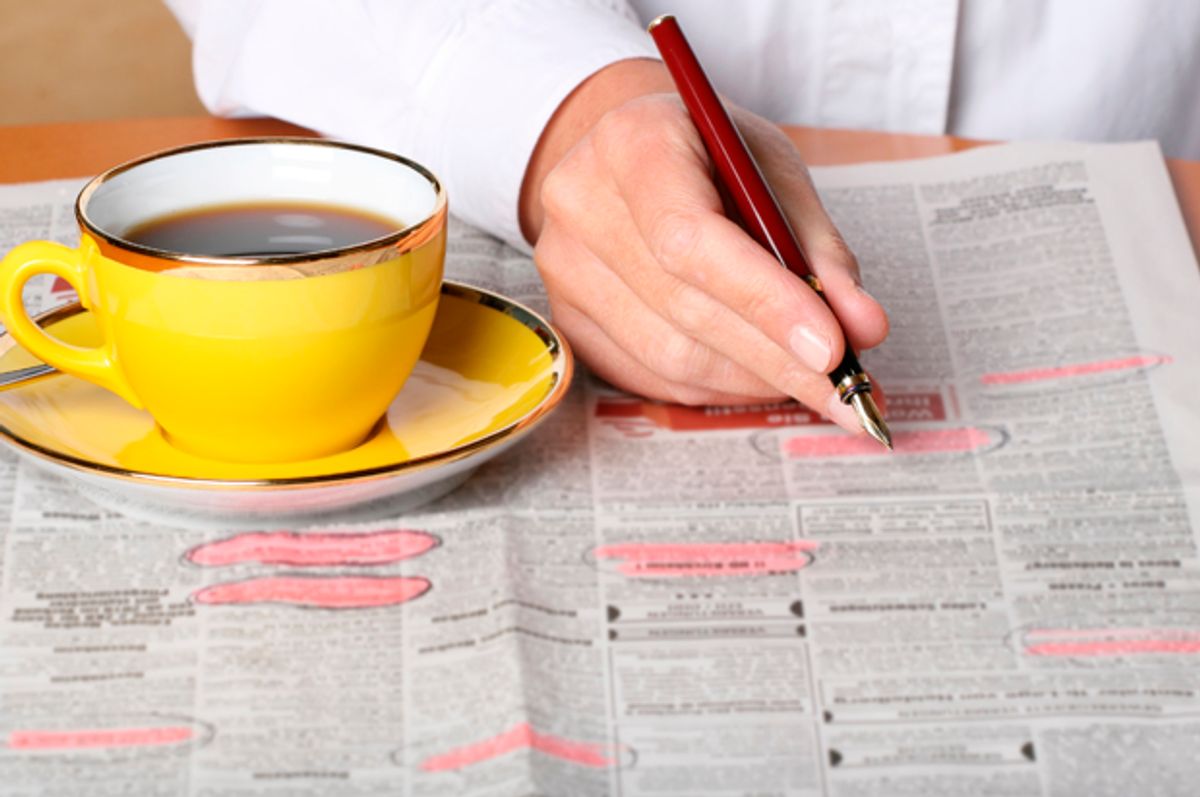 On Friday the U.S. Labor Department will release the final unemployment report for 2016, and according to Wall Street estimates 175,000 new jobs were filled last month. Yet the unemployment rate is expected to tick upward from 4.6 percent to as much as 4.8 percent. That rise in the unemployment rate, coupled with a fairly robust job-creation rate, would be welcome news for anyone aspiring for a raise or a better job offer.

In July 2015 that so-called prime-age labor force participation rate bottomed out at a 31-year low of 80.5 percent, meaning nearly 1 in 5 adults in their best income-earning years gave up looking for work. There are numerous reasons for this besides people sitting at home eating Cheetos and playing Xbox games; some go back to school to acquire more skills or switch industries, some enter early retirement and a few who are unable to find formal employment work off the grid in the informal U.S. economy.

The labor force participation rate has been slowly climbing since the summer of 2015, but it remains considerably lower than pre-recession levels. This means as employers continue to hire job seekers at a fairly robust pace, job seekers are increasingly looking for positions, adding what economists call “slack” to the labor market — the more slack, the less pressure employers have to raise wages.

In November the U.S. unemployment rate dropped to a nine-year low, to 4.6 percent from 4.9 percent in the previous month, according to preliminary estimates from the household survey conducted by the U.S. Census Bureau. But the participation rate of prime-working age adults dropped, too.

“Admittedly, the fall in [November’s] unemployment rate was partly due to a 226,000 decline in the labor force,” Andrew Hunter, U.S. analyst for Capital Economics, said in a research note released on Tuesday.

And therein lays a dilemma about the monthly unemployment rate. While 178,000 people drove the November jobless rate downward by finding work, another 226,000 people gave up looking for work, which also lowered the jobless rate because they weren’t counted in the monthly unemployment rate. Sometimes the rate goes down for the "wrong" reasons (more people give up searching) and rises because more people returned to job searching.

So if the December jobless rate ticks upward, it should be compared with the labor-force participation rate of Americans 25 to 54 to see if the increase is for the "right" reason. The Federal Reserve Bank of St. Louis tracks this participation rate. If it rises, this could push up the unemployment rate. But as long as the number of jobs created last month hits or comes close to the targeted number, a higher jobless rate would be a move in the right direction toward higher wages for working Americans.

Nominal wage growth — a key measure of whether workers are seeing adequate increases in their incomes — remains perniciously low, at a 12-month accumulated rate of 2.36 percent for non-managerial employees; that rate needs to be 4 percent before average workers will begin to feel the benefits of this postrecession recovery, according to the nonprofit Economic Policy Institute.

For many working, unemployed or uncounted Americans struggling as they have watched investors reap a bounty during the presidency of Barack Obama, an ongoing improvement in the number of people both looking for and finding work will bode well for their paychecks this year. That is, unless President-elect Donald Trump’s supply-side voodoo economics screws up the momentum.

By the time Obama leaves office later this month, preliminary figures will show that he created a net gain of about 11.4 million jobs since taking office in January 2009, based on preliminary government data and Wall Street estimates for the last four months of his second term. That can be compared with a net loss of 4.4 million jobs under former president George W. Bush’s two terms and a gain of 22.9 million jobs under the eight years of president Bill Clinton.

Trump has already doled out a incredibly ambitious promise of creating 25 million jobs over the next 10 years, or  an average of 208,000 jobs a month. If he succeeds, he would blow past the job-creation records of any modern-era president. Good luck with that, Mr. President-elect.