Kentucky Republicans propose abortion ban after 20 weeks: "One had a choice early on to make a decision to conceive or not"

Kentucky lawmakers want to fast track the bill, which has "overwhelming support" from Republicans 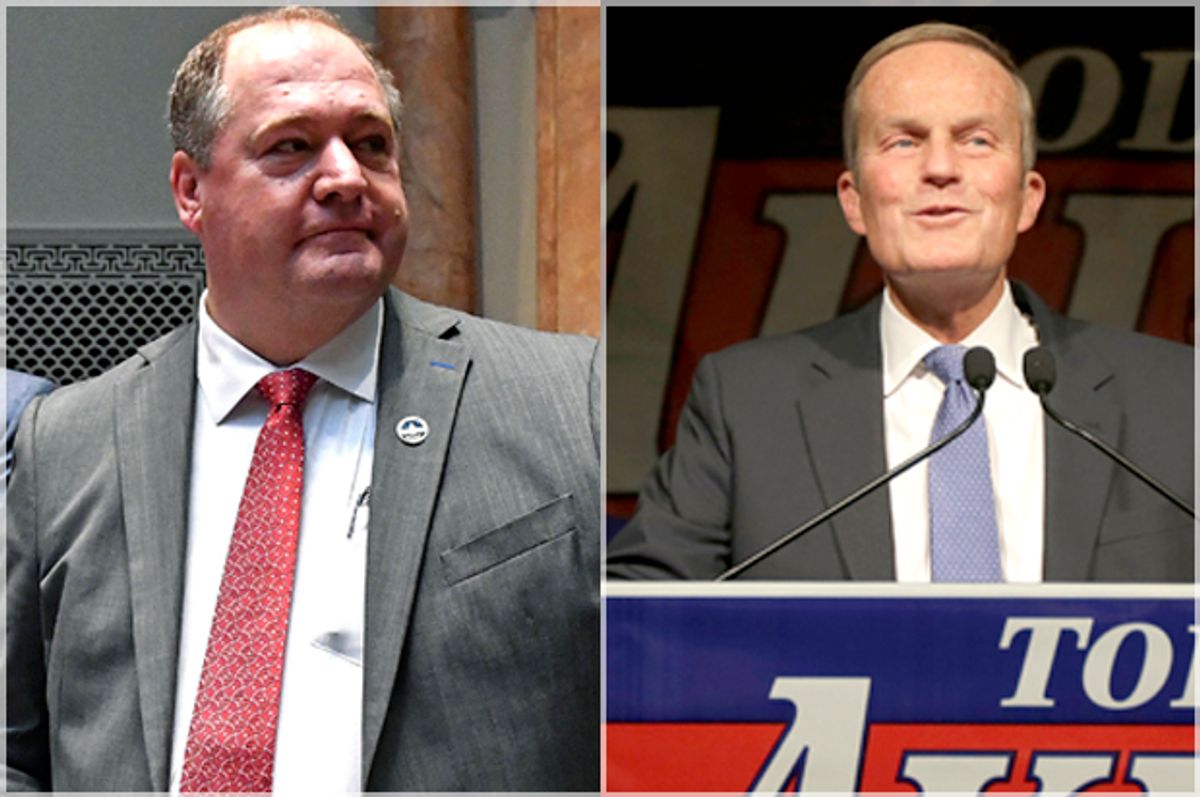 Women in Kentucky would not be allowed to get an abortion after 20 weeks of pregnancy if the state's legislature passes a controversial bill when it convenes for the 2017 session.

The bill, known as Senate Bill 5, is on the fast track, as Republicans control the House, the Senate, and the governor's office. Republicans hold a supermajority in the lower chamber. Kentucky House Speaker Jeff Hoover said there would be "overwhelming support" for the proposed law.

Similar abortion restrictions have won approval in the Kentucky Senate, but past Houses controlled by Democrats would reliably stop the bills dead on its tracks. Senate President Robert Strivers publicly supported the current bill and stated that his personal preference would be to ban abortions before the proposed 20 week bar.

"This is my belief: there are two viable beings involved," Strivers said. "One had a choice early on to make a decision to conceive or not. Once conception starts, another life is involve, and the legislature has the ability to determine how that life proceeds."

The Kentucky lawmaker is obviously omitting instances of rape in his statement, but the proposed law would make exceptions in cases of rape and incest and when the mother's life is in danger. Still, Striver's comment unintentionally opened up the "legitimate rape" loophole, when, in 2012, then-Missouri Senate candidate Rep. Todd Akin argued that women who are victims of what he called "legitimate rape" rarely get pregnant.

The proposed Kentucky bill would impose fines and suspensions on doctors who perform abortions after 20 weeks.