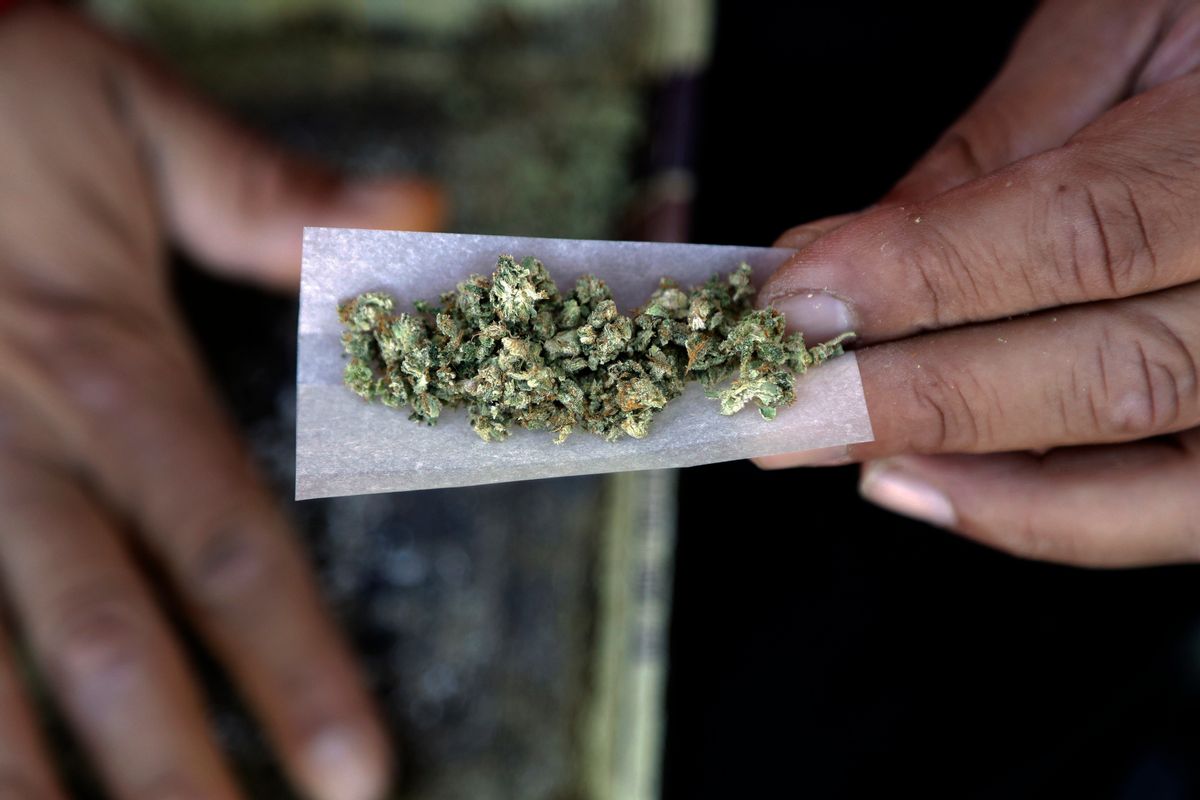 FILE - In this Wednesday, Nov. 9, 2016 file photo, a marijuana joint is rolled in San Francisco. Newly-approved laws in four states allowing the recreational use of marijuana are seen as unlikely to change rules regarding use of the drug in the workplace. (AP Photo/Marcio Jose Sanchez, File) (AP)
--

Using cash farm receipt data from the state Department of Food and Agriculture for ag crops and its own estimate of in-state pot production (see discussion below), the Register pegs the value of California's marijuana crop at more than the top five leading agricultural commodities combined.

Here's how it breaks down, in billions of dollars:

That estimate of $23.3 billion for the pot crop is humongous, and it's nearly three times what industry investors at the Arcview Group estimated the size of the state's legal market would be in the near post-legalization era. So, how did the Register come up with it, and what could explain it?

The newspaper extrapolated from seizures of pot plants, which have averaged more than two million a year in the state for the past five years, and, citing the U.N. Office on Drugs and Crime, used the common heuristic that seizures account for only 10 percent to 20 percent of drugs produced. That led it to an estimate of 13.2 million plants grown in the state in 2015 (with 2.6 million destroyed), based on the high-end 20 percent figure.

It then assumed that each plant would produce one pound of pot at a market price of $1,765 a pound. Outdoor plans can produce much more than a pound, but indoor plants may only produce a few ounces, so the one-pound average figure is safely conservative.

The $1,765 per pound farm gate price is probably optimistic, though, especially for outdoor grown marijuana, which fetches a lower price than indoor, and especially for large producers moving multi-dozen or — hundred pound loads.

And maybe law enforcement in California is damned good at sniffing out pot crops and seizes a higher proportion of the crop than the rule of thumb would suggest. Still, even if the cops seized 40 percent of the crop and farmers only got $1,000 a pound, the crop would still be valued at $8 billion and still be at the top of the farm revenue heap.

And it would still exceed the estimate of what the state's legal marijuana market would look like — in 2020. Arcview estimated revenues of $6.5 billion by then under legalization. For 2015, the year the Register is looking at, Arcview pegged the state's legal (medical) market at $2.8 billion.

Even making conservative assumptions about the value of the pot crop, it's clear that California pot producers are growing billions of dollars' worth of marijuana that is not accounted for by the state's legal market. Where does it all go? Ask any of those state troopers perched like vultures along the interstate highways heading east out of California.