The comedy deficit: Donald Trump pre-presidency is jamming up comedians like Janeane Garofalo who say it's just not funny

Trump provides so much material that the jokes just don't seem worth standing up on stage to tell, also it's so sad 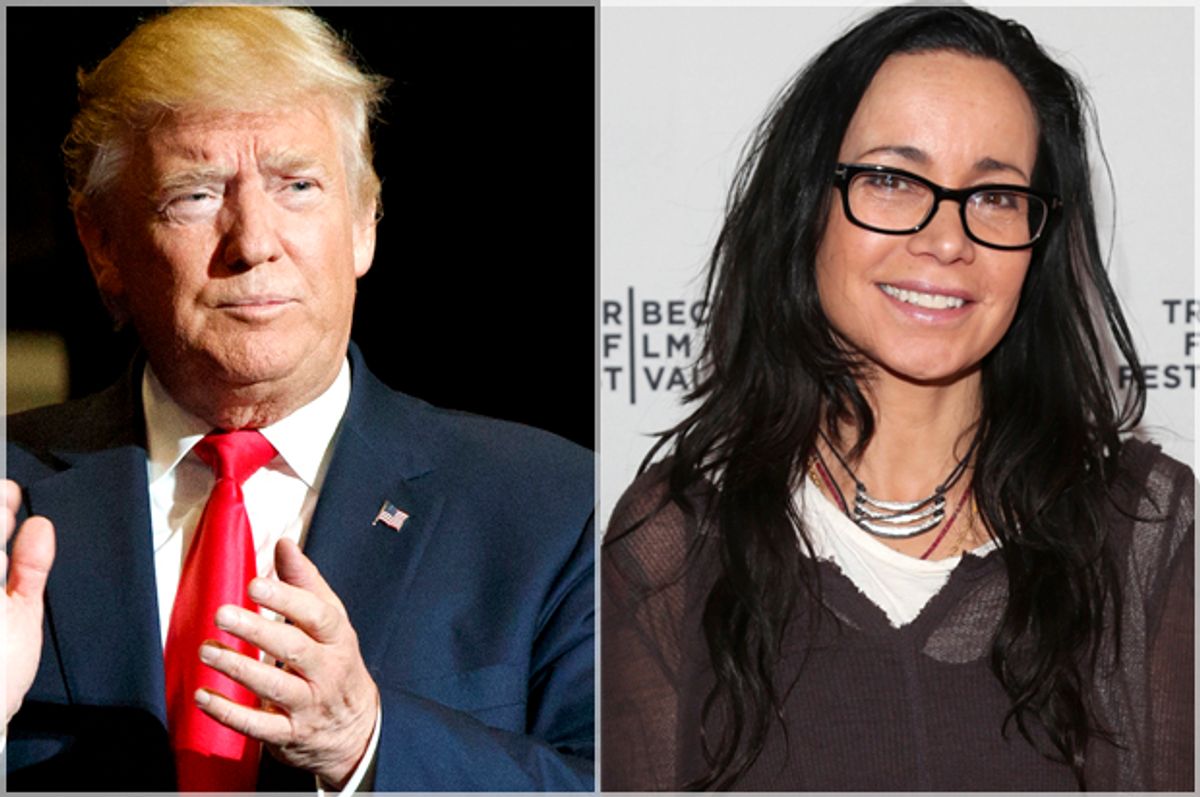 The comedienne Janeane Garofalo hadn’t planned on talking about Donald Trump during her set at The Stand on Monday night. Garofalo is a proud progressive who has worked as an activist and who, from 2004 to 2006, was the co-host of Air America Radio's The Majority Report. But since November 8th, America’s controversial president-elect hasn’t entered the lexicon of her act. “I honestly don’t know how to talk about it,” she said. “I don’t have jokes — you can’t parody it, because it’s self-parody. And it’s just so tense.”

The Stand is a modern joint, narrow with wide wood panels and a blue hue, located in the heart of New York’s Gramercy Park neighborhood. We spoke standing in the club’s cubic staircase, which separates the upstairs bar and downstairs club, just before Garofalo ducked outside for a pre-show cigarette. “Maybe I’ll talk about it tonight,” she said.

She returned minutes later, trotted onto the stage, a slight whiff of tobacco lingering behind her, her blue sweater not quite pulled over her head, and, after briefly detailing the conversation we’d had, said to the crowd: “I don't have jokes about it because if you're a reasonable person who has any emotional intelligence or empathy of any kind, there's a void. I'm bereft,” she said. Then she worked in a joke. “I don't know how many times I'm going to go to Sephora.”

“Before the election there were a lot of jokes about Trump,” said Joe Harary, The Stand’s manager. “And after the election it kind of fizzled out because they did so much of it.”

To some extent, the lull in Trump jokes goes against conventional wisdom. Following the election, it seemed that one of the few definitive beneficiaries of Trump’s win were comedians. Love him or hate him, it’s hard to deny the satiric potential of Trump’s bombast and cartoon quality. Trump should be a trove of material, to comedians what war was to early 20th century writers. And yet, since the election at least, the reverse has been true: It’s been difficult for comedians to talk about Trump in a way that is uproarious or profound and that strikes the right tone.

The reasons are multifold, but begin with Trump, the text. As Garofalo said, it’s so easy to poke fun at him that doing so in a smart way becomes difficult.

There is also a polarizing and heated division within the audience, not just in terms of support but in terms of the existential role of stand-up: Should a show be an escape or a journey?

After the show, Carol Salem, an exuberant, frizzy-haired lawyer who lives in Brooklyn Heights, instructed fellow members of the crowd to protest and organize on Inauguration Day. “Our private spheres can't just stay private,” she told me. “We have to be loud. We have to be in each other's faces. And most of all, we have to be in the faces of the Republicans.”

Trump is at once the elephant in any room and a topic of fatigue with the potential to divide. There are few jokes about Trump that haven’t been told, and fewer still that will not alienate a portion of the audience.

The night’s fourth act, Joe List, said he stays away from political material in general and Trump in particular because he doesn’t want to “end up in a debate with anybody after the show. Particularly people who are Trump fans. To me, if you're pro-Trump then that's not somebody who I'm really interested in engaging with.”

But because Trump is foremost in so many audience members’ minds, declining to at least allude to him can leave audiences wanting. “Interestingly, sometimes we get hecklers bringing up Trump before the comedian does,” said Hawthorne. But conversely, she said, comedians “have observed not just for themselves writing the joke, but when they tell it the whole room goes ‘Are we allowed to laugh? Can we laugh? What's this going to be? This is very tense.’ I think it was worse for the two weeks after the election, and now it's kind of gone back to normal. The same thing was really true under Obama.”

The result is that many comedians, especially those who are not either overtly political or abjectly opposed to politics, are left leading a careful dance. “Every Trump joke I've heard has been interesting in one way or another,” said Hawthorne. “But I don't think there's been anything that was like mind-blowing. That must be some level of censorship or holding back. Because usually if enough people are talking about any topic you're going to hear someone say something really amazing and original. I haven't heard that with Trump getting elected yet. That probably does point to people holding back a little bit.”

January 20th is only weeks away. Trump’s inauguration will mean more material for comedians and audiences being more ready to receive that material. Garofalo, on Monday, was just beginning to find her footing. After her Sephora interlude, she returned to Trump. “I feel bereft,” she repeated. “And there's just going to be a lot of trips to Washington on the Acela train. It's going to be worse than George W. And that's a young man's game, protesting. That's a young man's game. I'm in AARP. Anybody?”