Paladino says he's in good standing, and hopes to attend a Thursday fundraiser 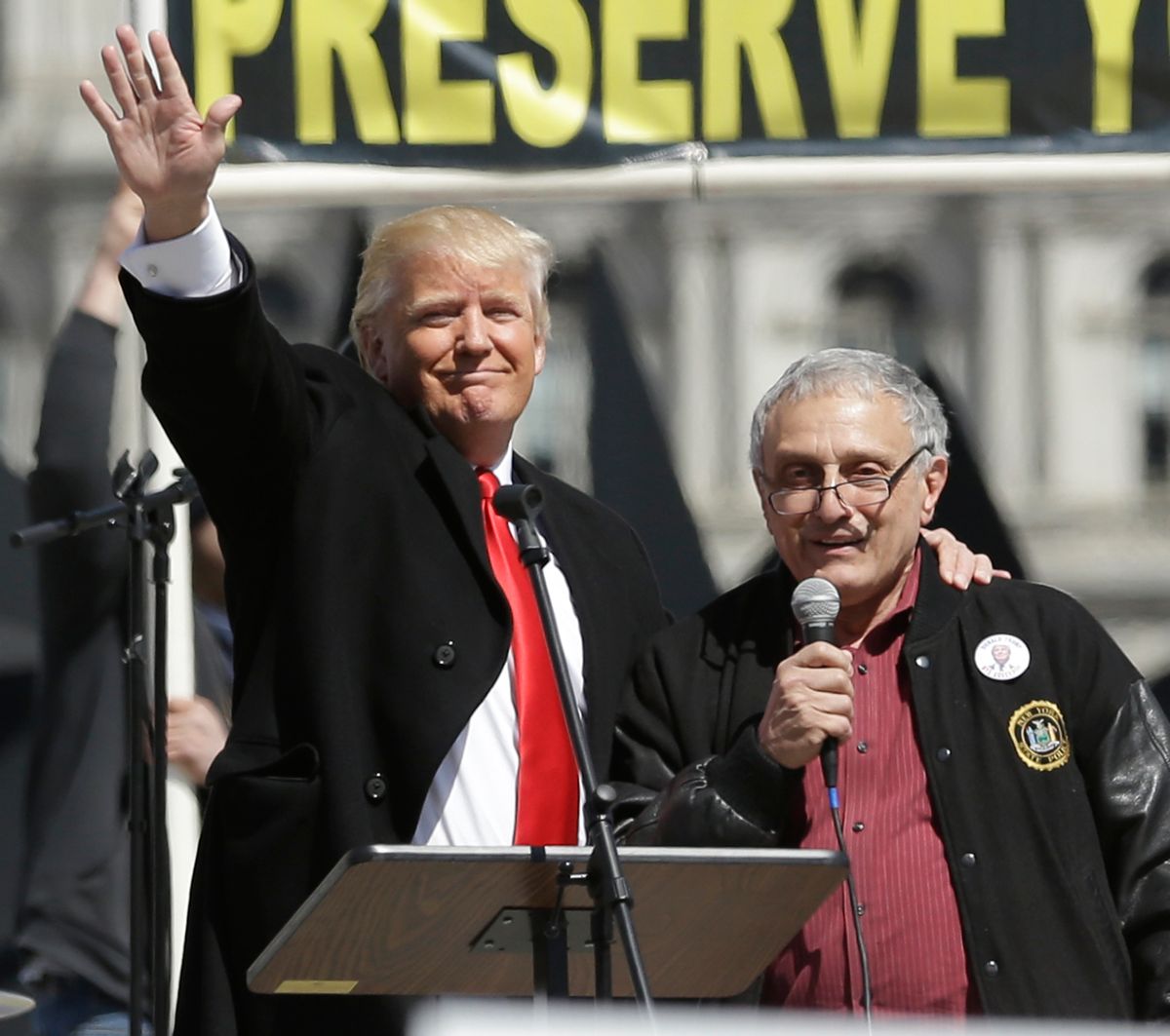 Donald Trump, left, and Carl Paladino, who ran for governor of New York as a Republican in 2010, speak during a gun rights rally at the Empire State Plaza on Tuesday, April 1, 2014, in Albany, N.Y. Activists are seeking a repeal of a 2013 state law that outlawed the sales of some popular guns like the AR-15. The law championed by Gov. Andrew Cuomo has been criticized as unconstitutional by some gun rights activists. (AP Photo/Mike Groll) (AP)
--

BUFFALO, N.Y. — The wealthy businessman who co-chaired Donald Trump's campaign in New York says there are no lingering problems with the president-elect's transition team over his widely condemned comments insulting President Barack Obama and his wife.

Carl Paladino refuted reports that he was on the outs with the transition team and unwelcome at a fundraiser Thursday in his hometown of Buffalo, New York.

Paladino told The Associated Press on Wednesday that he remains in good standing with the transition team and will attend the fundraiser featuring Trump adviser Kellyanne Conway "if I can get there."

Paladino is fighting calls to leave Buffalo's school board over remarks in an alternative newspaper last month that he wanted Obama to die of mad cow disease and the first lady to "return to being a male."