After Roger Ailes' ouster, there were signs Fox might veer toward the center. Under President Trump, not so much 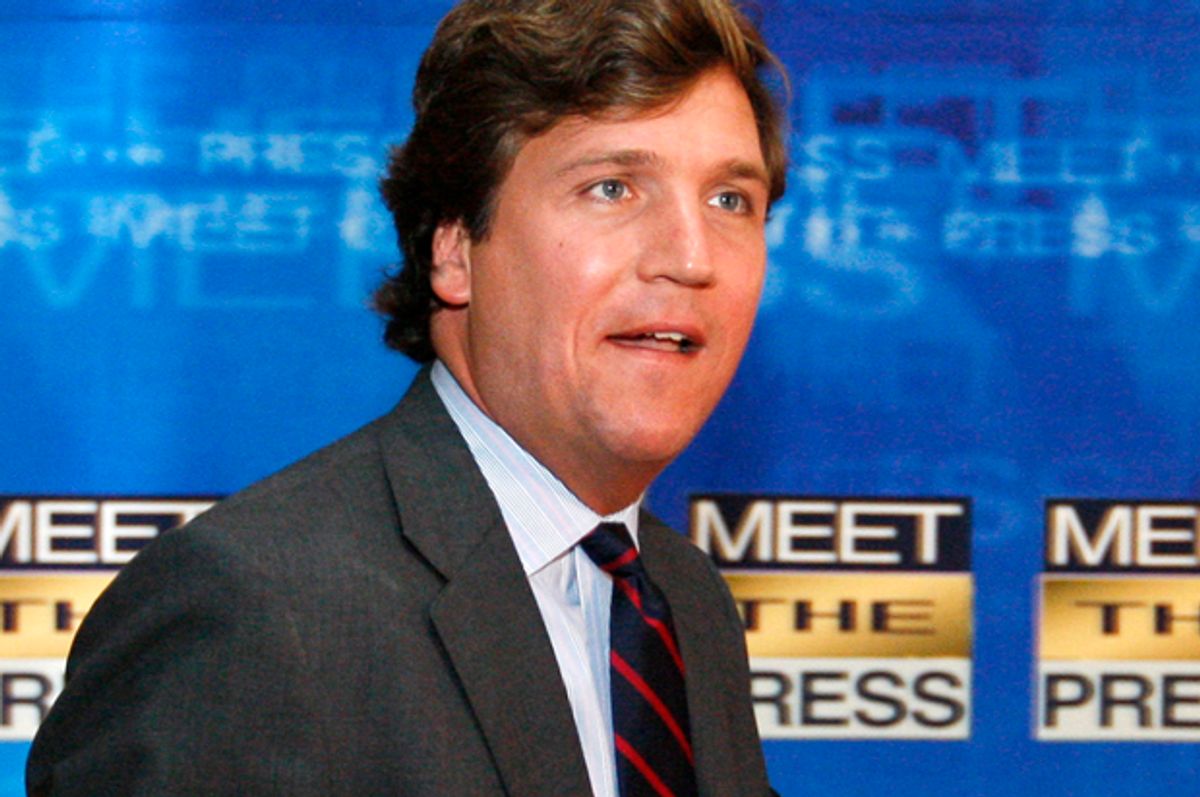 After Roger Ailes, the controversial founder of Fox News was ousted from his position as CEO last July, there was some speculation that the network would change its business model and pursue a more centrist and news-driven approach. On Thursday, the top-rated cable news outfit signaled that it’s not going to change a thing as it announced the hiring of rising star Tucker Carlson to replace Megyn Kelly in its 9 p.m. prime-time spot.

Kelly, who is leaving to host a daytime program for NBC, had lately become a poor fit at the right-leaning news channel for many viewers, given her repeated public scraps with Donald Trump during the presidential campaign. She also had grown increasingly uncomfortable at Fox given the alleged culture of sexual harassment that had existed under Ailes.

The elevation of Carlson is almost certainly linked to the fact that Trump ended up winning the White House. That’s because Carlson, also the founder of the Daily Caller news website, has become one of the channel’s favorite hosts after perceiving early on that most Republican elites had lost touch with their voters and that Trump was likely to win the GOP presidential nomination.

The incoming president is said to have become a bigger fan of Fox News since the departure of Ailes. According to New York magazine reporter and Ailes biographer Gabriel Sherman, at a recent private holiday party at his golf club Mar-a-Lago, Trump told guests that “Roger Ailes was a friend of mine, but Fox’s coverage is so much better since he left.”

While formerly relegated to the little-watched weekend edition of the avowedly conservative “Fox and Friends,” Carlson received his own weekday evening program shortly after Trump’s November victory. In this short span of time“Tucker Carlson Tonight” has dominated its time slot and increased ratings 40 percent over the comparable period a year before, according to Nielsen Media Research. In December, Carlson's program was the second-highest rated within the 25-to-54 age demographic, after Fox’s 8 p.m. show, “The O’Reilly Factor.”

“In less than two months, Tucker has taken cable news by storm with his spirited interviews and consistently strong performance,” Rupert Murdoch, Fox News chairman and head of its parent company, said in a press release. “Viewers have overwhelmingly responded to the show and we look forward to him being a part of Fox News’ powerful primetime line-up.”

Responding to the news on Twitter, Kelly called it a “great decision” by Fox News to appoint Carlson to fill her old time slot. “I will be cheering him on!” she added.

Carlson’s latest program has made its mark with right-wing viewers by featuring his verbal spats with a variety of liberal journalists and activists. Someone has even taken to making a regular collection of his altercations on YouTube, calling it “You Can’t Cuck the Tuck,” a reference to the term “cuckservative,” a pejorative used by racist alt-right activists for conservatives who are deemed insufficiently belligerent. Carlson has also come under criticism from progressive commentators like Washington Post media critic Erik Wemple for instances of alleged sexism, particularly for a segment he conducted in December with a writer for "Teen Vogue."

A television veteran, Carlson is known for a heated interview he conducted with comedian Jon Stewart in 2004 as a co-host of the CNN program “Crossfire” when Stewart berated him for “hurting America.” Shortly after that debate, Carlson moved to MSNBC to host a program until 2008. Prior to beginning his television career, Carlson worked as a writer for conservative political magazines.

In other news about cable news, on Thursday word came of NBCUniversal's scooping up yet another (former) Fox News host: Greta Van Susteren will be headlining a show on MSNBC.