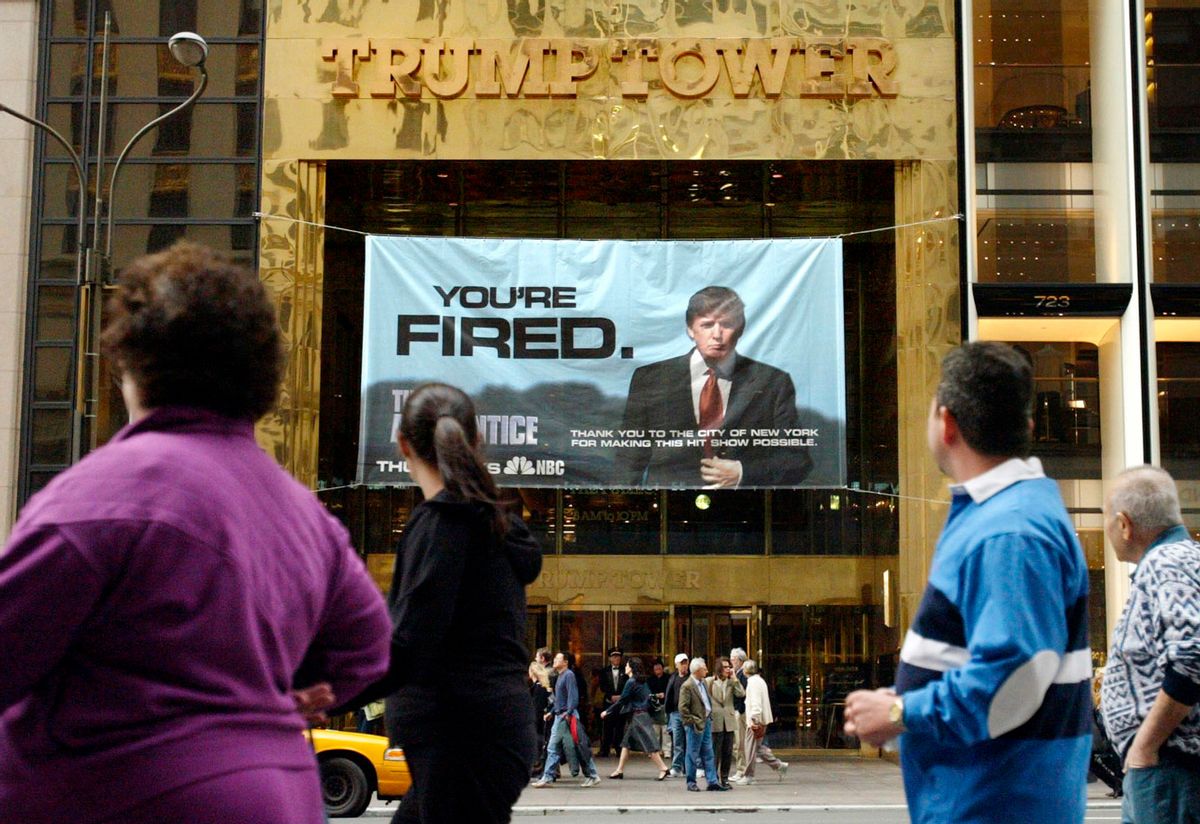 FILE - In this Saturday, March 27, 2004 file photo, passersby look at a sign advertising the reality television show, "The Apprentice," displayed at the entrance to the Trump Tower building in New York. Donald Trump's development firm was issued summonses by the city because it did not have the proper permits for the giant banner. In his years on the show, Trump repeatedly demeaned women with sexist language, according to show insiders who said he rated female contestants by the size of their breasts and talked about which ones he'd like to have sex with. (AP Photo/Bebeto Matthews) (AP)
--

It's good manners to be gracious to someone taking on one's old job, especially if the outgoing person is moving on to bigger and better things.

Of course, that flies out the window when it comes to Donald Trump.

Whereas on Thursday the creation of a silly mantra appeared to fuel the president-elect's anger, by Friday he seemed to be set off by seeing someone else — who had dared support politicians other than Trump — sitting in the Donald's prized chair on his television show.

Wow, the ratings are in and Arnold Schwarzenegger got "swamped" (or destroyed) by comparison to the ratings machine, DJT. So much for....

being a movie star-and that was season 1 compared to season 14. Now compare him to my season 1. But who cares, he supported Kasich & Hillary

Ironically, Trump is still the executive producer on the TV show he's now trashing, a scenario that doesn't make much sense from a business perspective. Wouldn't he want the show to succeed? Or is he fine with its failing, as long as someone else can be blamed?

Trump does have a point here: Ratings for the first episode of the Schwarzenegger era of "The Apprentice" were terrible. And ratings are something that Trump has always held dear, as evidenced by the following tweet from a New York Times reporter:

When @AshleyRParker & I interviewed Trump about The Apprentice last spring, he handed us a pile of decade-old, photocopied TV rating charts.