Nearly a quarter of Americans are not religious: Why doesn't that diversity show up in politics? 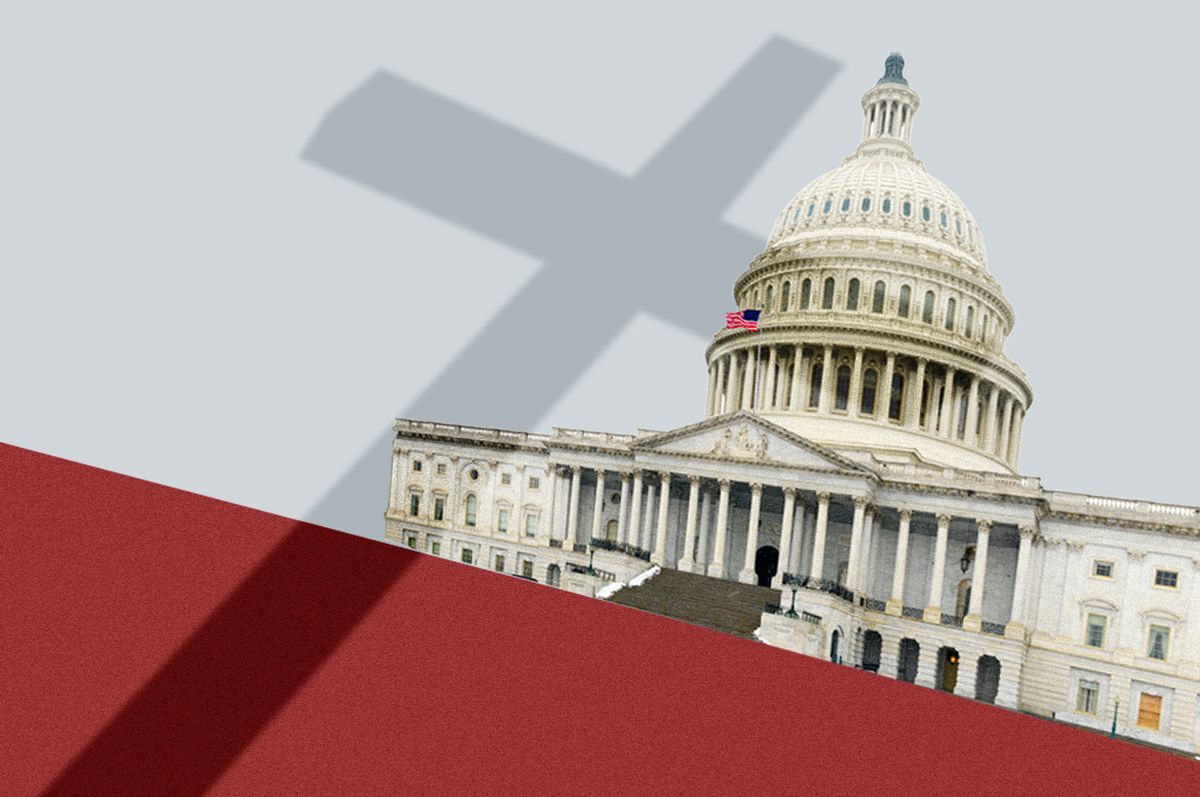 Most people know that that Congress unfortunately doesn't look like the rest of the country. It's more male, whiter, and more Republican. But a new Pew Research Center report has highlighted another way that members of Congress don't accurately reflect the people they are sent to represent: Its members are far more Christian than the nation at large.

"The analysis finds that some religious groups, including Protestants, Catholics and Jews, have greater representation in Congress than in the general population," Aleksandra Sandstorm wrote in the Pew Research Center explication of the findings. "The group that is most notably underrepresented is the religiously unaffiliated. This group — also known as religious 'nones' — now accounts for 23% of the general public but just 0.2 % of Congress."

There's only one member of Congress, Kyrsten Sinema, D-Ariz., who identifies as religiously unaffiliated.

“It’s very dismaying to see this gap between representatives and the people they represent," Annie Laurie Gaylor, the co-founder and co-president of the Freedom From Religion Foundation, said by phone. She referred to “a quarter of the population [as having] one person that supposedly represents us.”

Gaylor argued, “People are afraid if they run for office and they aren’t religious, they won’t get elected," adding that this contributes to the "stigmatization and demonization of the non-religious."

It's hard to argue with Gaylor's point, in light of the election of Donald Trump as president.

Prior to his campaign, Trump was not, by any reasonable measure, a religious man. In August 2015, the church he claimed to be a member of, Marble Collegiate Church in Manhattan, released a statement to the media making it clear that Trump was not an "active member."

Rather than admit that he isn't really a religious believer, Trump kept making public statements of piety, telling reporters his favorite book is the Bible and that he goes to church "as often as I can." His efforts at pretending to be religious would often slide into outright comedy, such as when he cited "Two Corinthians" during a Liberty University speech (any person minimally familiar with the Bible would say "Second Corinthians") or when he tried to put money on the Communion platter at a service in Council Bluffs, Iowa.

That's what happens, Gaylor argued, when politicians are made to feel taht they have to espouse religious beliefs to be considered legitimate candidates. It leads to a bunch of "knee-jerk piety and parading around of piety" that is more about showing off than about sincere belief. It marginalizes the nearly one quarter of the American public not affiliated with any organized religion.

Gaylor also expressed concern that the near-mandatory nature of religious affiliation in politics helps empower the religious right. Even though Congress has Jewish, Muslim and Hindu members — as well as many liberal and nonfundamentalist Christians — who support the separation of church and state, the very fact that religious faith is seen as a foundational aspect of governance makes it easier for religious conservatives to justify injecting their beliefs into their politics, despite the fact that our nation is supposed to be a secular one.

There's considerable reason to believe that racial and gender diversity in Congress strengthens advocacy on issues pertaining to women and people of color. Female representatives often push harder than their male counterparts on reproductive health issues, for instance. The Congressional Black Caucus takes the lead on issues like voting rights and protecting low-income housing.

Now imagine if there were a hefty number of nonreligious people in Congress, and they felt empowered to speak out when issues touching on religious belief cropped up in the legislative arena. Nonreligious or unaffiliated representatives, for instance, could argue that religiously motivated bills restricting abortion rights or undermining science education or funding were a direct attack on their personal right to not live under the dictates of a religion. Liberal believers are great, but having a secular team that includes actual nonbelievers and "unchurched" people would add oomph to the arguments against using the government to push dogmas of faith.

More important, having more religiously unaffiliated people in Congress would help remove the stigma entirely from the issue. Being without faith (or at least without a religious denomination) is still treated in most places as if it disqualified a candidate for public office or sends the signal that there is something unsavory about that trait.

The public is probably more ready to vote for nonbelievers than many politicians think. During his presidential run, Sen. Bernie Sanders admitted that while he identifies as Jewish and holds spiritual beliefs, he is "not actively involved with organized religion."

That does not seem to have been a factor in Sanders' defeat in the Democratic primaries and this matter attracted hardly any negative attention. There's no reason to believe that had he become his party's nominee, it would have affected his chances of wining. Voters didn't seem to care, and almost all of those who did were going to vote for Republicans anyway. Still, even Sanders kowtows to the mandatory religiosity line, avoiding any in-depth discussion of his secular ways and identifying himself, in general terms, as a believer.

The hyper-religiosity of our elected government officials simply doesn't reflect the public at large, and that disparity helps explain, in a lot of ways, why Congress tends to be more conservative than the country at large. More nonbelievers in office would go a long way toward secularizing our government and making sure it represents the people as they are, instead of serving as some overly religious, distorted throwback.