No miracle on 34th Street: Macy's dismal holiday sales suggest department stores will have to change or die 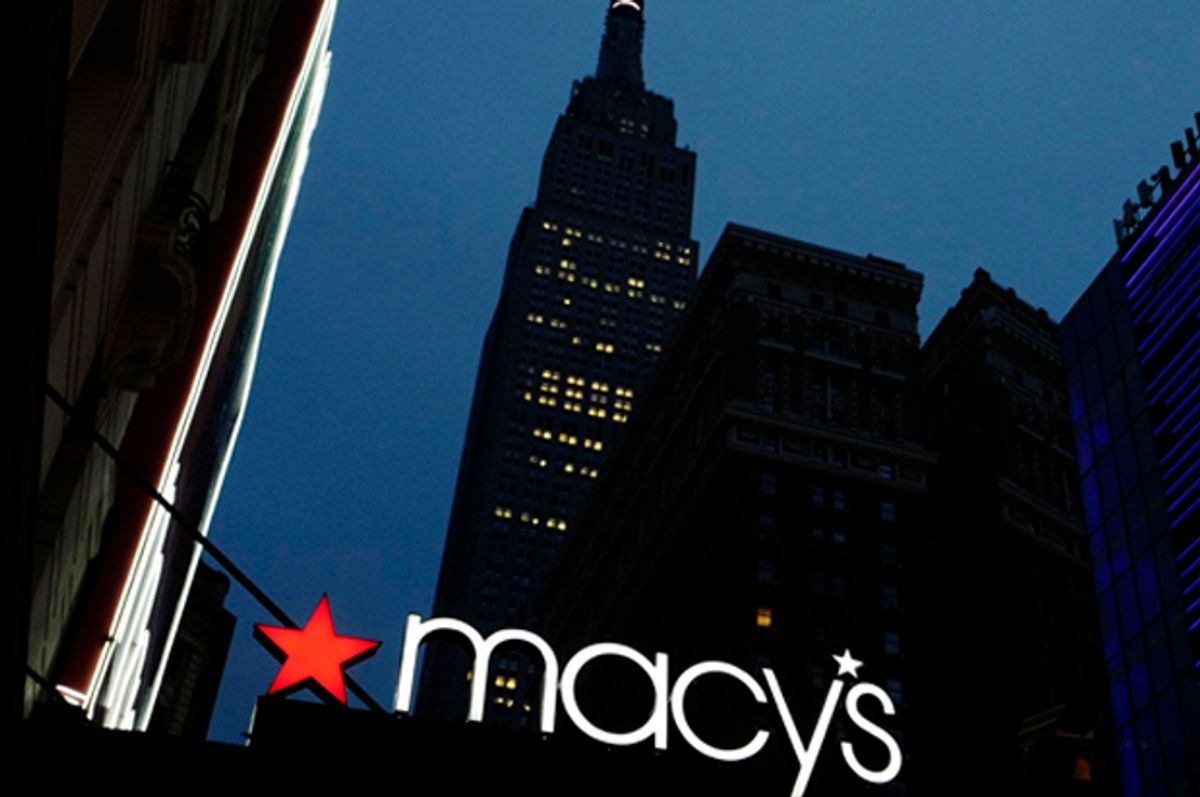 The department store was born during the industrial revolution, and like steam engines and top hats the idea seems at times to be a vestige of the past. In the age of one-click instant retail therapy, the department store can seem like a step back in time — a tour of how we used to shop back in the day.

This week Macy’s and Kohl’s released holiday sales reports so grim they indicate that we could be living through some kind of extinction event, in which the businesses that survive the retail-industry die-off will be the ones that adapt quickly to changes in the environment. For department stores, analysts say, that means becoming smaller, dealing with increasingly price-conscious shoppers and shoveling a whole bunch of money at developing online business models that actually work.

"Weak holiday sales results for Macy's and Kohl's reflect the continued [long-term] challenges that plague the department store industry," Christina Boni, vice president and senior analyst at Moody's, wrote in a research note published on Thursday, adding that consumers will continue to drift toward online retailers and brick-and-mortar “off-price” sellers, a category that includes Ross Stores and T.J. Maxx.

Macy’s said on Wednesday it will cut as many as 10,100 jobs and close dozens of venues nationwide after comparable-store sales fell 2.1 percent in the last two months of 2016 compared with the same stretch the year prior. The nearly 160-year old Cincinnati-based company lowered its profit expectations for its fiscal year that ends Jan. 28 and said 2017 would not be any better. On the same day, Kohl’s reported a similarly weak end to 2016 and lowered its profit expectations for 2017.

“Sales were volatile throughout the holiday season,” Kevin Mansell, Kohl's chairman, chief executive officer and president, said in a press statement announcing a 2.7 percent sales decline in the last two months of 2016 compared with the same period in 2015.

Weak performance from two of the nation’s top leading department store chains comes despite a relatively strong holiday-shopping season, the most important time of the year for retailers in this consumer-driven American economy. Spurred by a modest uptick in wage growth last year, an increase in hiring and low gas prices, retail sales in the past holiday season rose 3.6 percent compared with the 3 percent gain a year earlier, according to the National Retail Federation. But nearly 20 percent of the recent holiday season's spending was done online, according to MasterCard Advisors.

The Macy’s and Kohl’s news sent their stocks of plummeting 14 percent and 19 percent, respectively, over the course of Thursday's trading. The news also rocked the stock prices of other department store companies as investors fled the retail sector. Stock prices for high-end department store company .Nordstrom fell nearly 7 percent while shares of J.C. Penney Co. declined more than 7 percent. The conflagration has spread to other retailers, too: On Thursday L Brands lowered its profit outlook for the quarter on continued weak sales from its key Victoria’s Secret lingerie business and fashion specialty retailer Cato reported a 12 percent drop in comparable-store sales in the last five weeks of 2016 compared with the period in 2015.

The news comes as department stores have lost their once-dominant role in retail. They’ve become too dependent on purveyors of brands that are opening up their own brick-and-mortar outlets and web-based venues. Meanwhile, fast-fashion merchants H&M and Zara are snatching up customers while Amazon.com looms over them (and everyone else in retail) like a giant floating warehouse in the sky.

“The real opportunity is for Macy’s to think fundamentally differently and to force themselves to be creative and imagine what the next consumer experience ought to look like,” Ken Cassar, principal analyst at e-commerce market research provider Slice Intelligence, told Salon. “If 50 years from now we were to look at what Macy’s looks like, it’s very possible that 50 percent of their business is the Macy’s as we know it — the 34th Street big, special shopping extravaganza — and the rest of the business is composed of much different things tailored to different consumer mindsets, like something for tourists in big cities or showrooming items that people buy later online" from the retailer's website.

Whatever the key is to modernizing a 160-year-old retail concept, two things seem certain: The number of department stores will decline in the coming years, and the survivors will look considerably different than they do today.