This is it: "One Day at a Time" is the unifying family sitcom we didn't know we needed 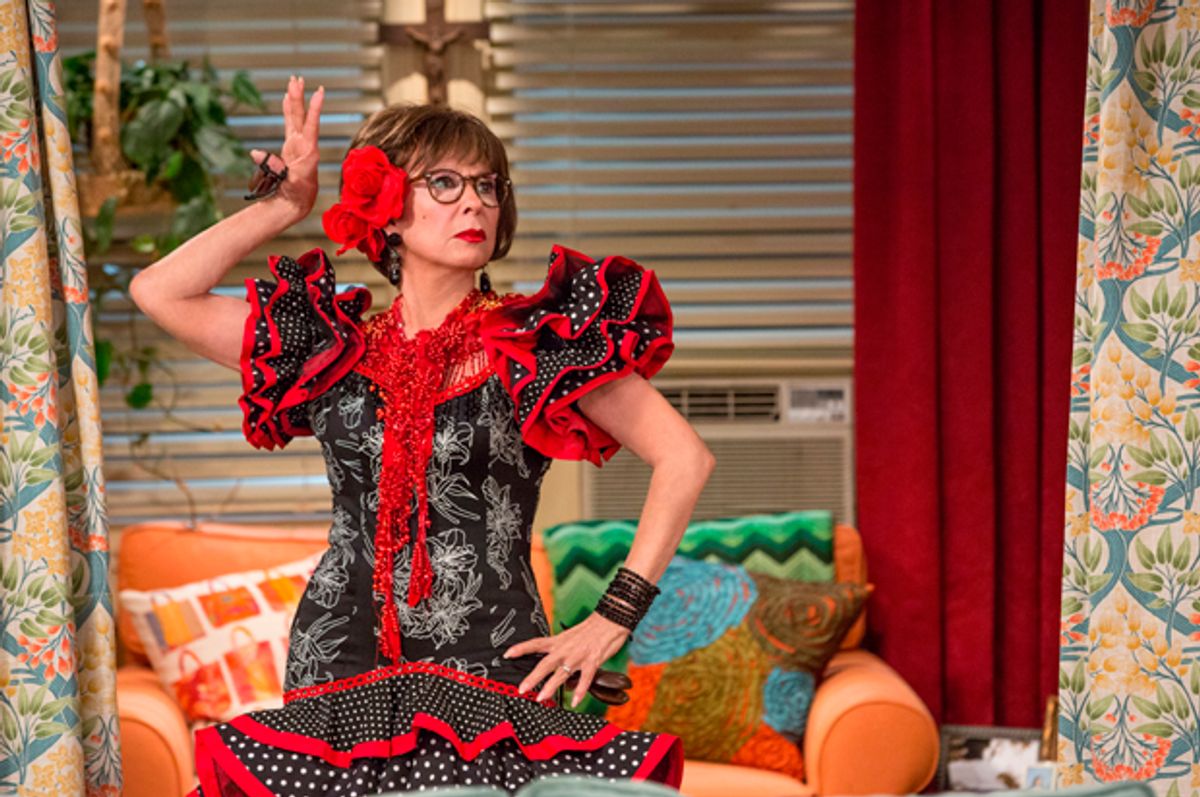 "One Day at a Time" (Netflix/Michael Yarish)
--

Netflix’s modern update of Norman Lear’s “One Day at a Time” arrives at a time of extreme political and social division, when battles have been pitched over who and what defines America and being American.

It adheres to the basic premise of the original: a single mother is raising two children on her own with the emotional support of the apartment’s building manager. In the update, the head of household, Penelope, is separated from her husband – just like in the late '70s version – and works at a doctor’s office to support her family.

In Netflix’s version, Penelope Alvarez (Justina Machado) is a Cuban-American nurse and a veteran who served in Afghanistan. She lives with post-traumatic stress disorder and shares the family’s cramped apartment with her mother. Instead of raising two girls (as in the first show), she has a daughter and a son. Many of the attempts by Penelope and her mother Lydia (Rita Moreno) to rear Penelope’s kids Elena (Isabella Gomez) and Alex (Marcel Ruiz) are met with the sort of resistance one expects from stubborn adolescents.

“One Day at a Time” was developed for Netflix by Mike Royce and Gloria Calderon Kellett, and though the new version features a multilingual Latino family — which is still a novelty in the current TV landscape — it holds the spirit of Lear’s original.

The 13-episode first season, which will be dropped in its entirety on Friday, mines its plotlines from questions about relationships and the tugs-of-war between family expectations and the challenges that come with raising adolescents on a limited income.

Some of this is provoked by Elena, the bespectacled debate champion who chafes at her traditional grandmother’s insistence that she allow her mother to throw her a quinceañera, that elaborate coming-out party for 15-year-old girls.

Preparation for Elena’s quince is a recurring plotline that has allowed the writers to explore a number of questions about cultural expectations for gender roles and representation. But many more conversations inspired by social issues regarding race, class and feminism play out in the form of subtle, annoyances that Penelope lives with from day to day, and that’s the magic of this series. They’re just a part of the life that this family and many others navigate.

“One Day at a Time” deserves credit for the ways that it takes a time-worn, underappreciated format, the multi-camera sitcom and uses it to make workplace struggles, feminism, generational clashes, cultural pride and even mental health issues into a family affair.

Slamming the multi-camera sitcom is quite fashionable these days, particularly now that single-camera format seems to be the half-hour standard. Sometime after the Must-See TV and T.G.I.F. franchises died, and formulaic Disney Channel chaff made the format synonymous with annoyance, it fell out of favor. (Theoretically, we should say. The most popular scripted series on TV this season, “The Big Bang Theory,” is – what? – a multi-cam show.)

Camerawork and editing shape the humor as much as the script does in the single-camera format. And because of this, some may perceive it to be more honest. The visual setups and punchlines succeed or bomb without the benefit of in-studio cackling to goose the home audience’s reaction.

Where that theory falls down is in its interpretation of the live audience’s role. In shows that are well-oiled machines, the people in the seats collectively act as a sieve through which failed jokes generally cannot pass. If a line doesn’t land, it’ll be rewritten and the scene redone. The multi-camera sitcom is an exercise in live theater whereby the cast and audience engage in an energetic give-and-take.

Live laughter is a battery charge, inspiring the actors to energize the delivery of their lines and expand the physical humor in their performances. In-studio audience giggles are also inclusive of families watching at home, inviting everyone to participate in the joyful roar and the company of the family on screen.

And this "One Day at a Time" cast makes the most of that energy, especially (and of course) Moreno. From the moment the Emmy-, Grammy-, Oscar-, Tony-winning actress makes her first appearance, melodramatically emerging from behind the curtain to wild, long applause, the show brightens and doesn’t retreat. She rolls Lydia’s Cuban accent around in her mouth in a way that might be a little hammy for the tastes of some, but she sells the character to the point that listening to her dialogue becomes a key component of the delight in each episode.

No single character steals all the thunder in this “One Day at a Time.” To a certain degree, that’s what happened in the original with Schneider, the supportive though opinionated building super. The modern incarnation of Schneider is a sensitive hipster played by Todd Grinnell, a tremendous comedic foil to Moreno’s flirtatious Lydia and a gently comedic balance to Machado.

To those familiar only with Machado’s dramatic work on series such as “Six Feet Under,” her nimble work in “One Day at a Time” is a revelation. Remarkable in her previous supporting roles, here she not only holds the center but demonstrates a natural aptitude for finding the comedy in the beats between the punchlines. Fortunately the reboot gives Machado ample space to use her established dramatic tools as well, particularly as the season draws to its satisfying close.

Any viewer, regardless of political stripe, can something to embrace in the Alvarez family, which is true of Lear’s oeuvre in general. By taking the classic family sitcom and making it feel vital and relevant, the show has invited us to connect to the truths we hold in common. Sometimes refreshing the familiar is precisely the entertainment we need.