For many Trump supporters, the wealthiest cabinet ever is no problem — as long as he gets rid of the smart people 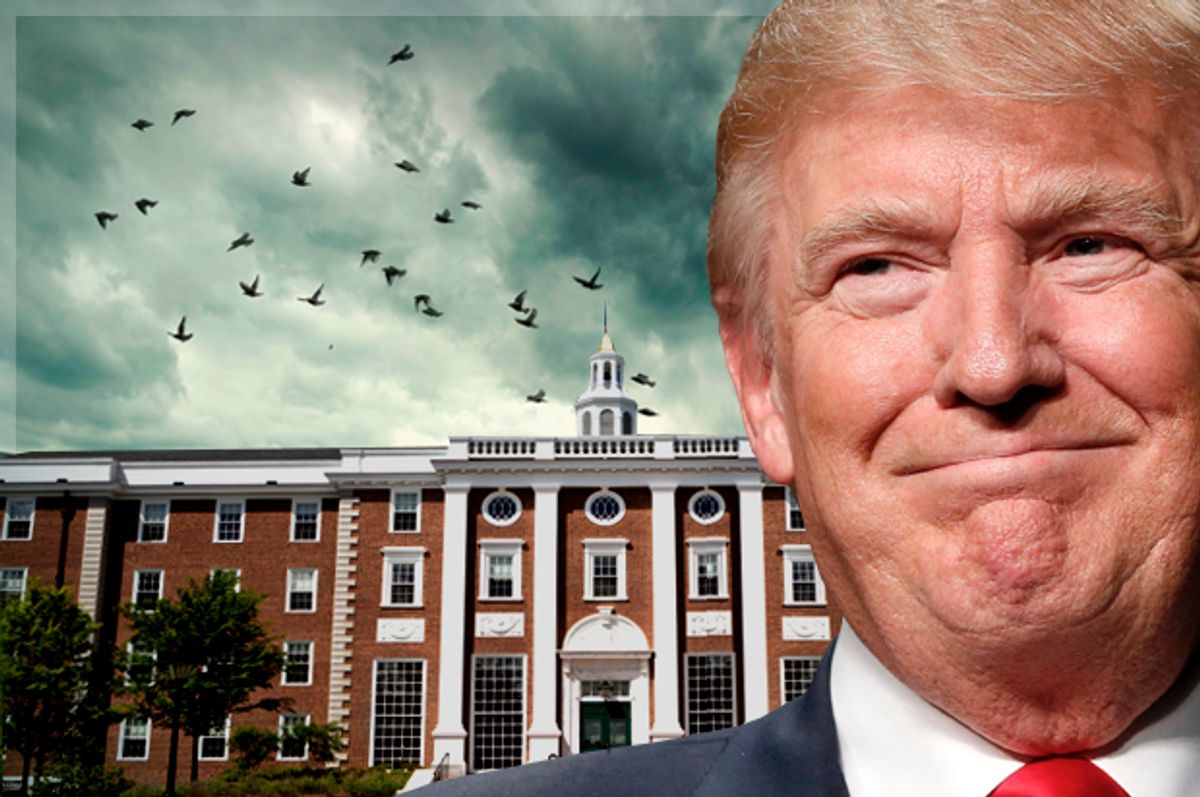 When WikiLeaks published an email last October revealing different passages from the notorious paid speeches that Hillary Clinton gave to various Wall Street firms between 2013 and 2014 — including Goldman Sachs, Deutsche Bank and Morgan Stanley — Donald Trump and his supporters were quick to use the transcripts as evidence that Clinton was thoroughly corrupt and in Wall Street's pocket, even though her remarks were actually quite dull and predictable. Two lines that received the most attention from critics were the former secretary of state remarking that Wall Street reform “has to come from the industry itself,” and that “the people that know the industry better than anybody are the people who work in the industry.”

For Republican Hillary-haters who believe Clinton is an evil feminazi, these comments were concrete proof that Clinton was a Wall Street shill who would be the most corrupt president in history. On the other hand, critics on the left found these comments pretty tame, revealing nothing new or scandalous about Clinton — simply confirming that she is, like the vast majority of politicians in Washington, not particularly troubled by the common practice of industry insiders (i.e., “experts”) taking on regulatory roles.

Over the past several decades, the revolving door has seen bipartisan consensus among Republican and Democratic administrations — especially when it comes to hiring so-called experts from Wall Street. If anything, Republicans have been the worst offenders when it comes to hiring insiders to regulate their own industries, and only progressive members of the Democratic Party, like Sens. Elizabeth Warren and Sherrod Brown, have consistently called out the entire practice as corrupt and unethical.

So it was amusing to hear right-wingers assail Clinton for essentially preaching what their own party has long practiced. But of course, 2016 was ostensibly different, because the GOP's presidential nominee wasn’t a standard establishment Republican. Donald Trump was a “populist” who would march on Washington like the strongmen of old and “drain the swamp.” The tough-talking billionaire was going to throw out the elites in Washington and create a government that “put America first” — or something like that.

Since winning the election, of course, Trump seems to have had a change of heart. Rather than draining the swamp, Trump has fully embraced the revolving door, and has hired insiders from various industries to oversee regulation of their own industries. If anything, Trump appears to be following his former opponent's governing philosophy, which purports that “the people that know the industry better than anybody are the people who work in the industry.” What is particularly ironic about Trump’s swampy administration is that it is made up of — surprise! — top Goldman Sachs alums, including his Treasury nominee, Steven Mnuchin, who was formerly a partner at the notorious Wall Street firm that Trump repeatedly bashed during his campaign.

On Wednesday, Trump let loose another alligator in the swamp, tapping Wall Street lawyer Jay Clayton to run the Securities and Exchange Commission. As the Washington Post reported: “Clayton is a partner at Sullivan & Cromwell, a well-known law firm, and has represented some of the biggest names on Wall Street, including Goldman Sachs and Barclays, and helped them weather regulatory scrutiny.”

And so the fabled tradition of Government Sachs continues unabated!

The question now is whether the millions of people who voted for Trump because they thought Clinton was corrupt and believed he would clean things up will realize that they were conned by a charlatan. Or will they continue buying into his faux-populist rhetoric, while his administration dismantles the regulatory apparatus and liberates big banks on Wall Street (ensuring a bigger and better economic crisis in the near future)?

Of course, it’s not quite that simple.

As Trump has packed his administration with lobbyists and industry insiders, many liberal commentators have mocked Trump voters as misinformed, credulous idiots, while shoving his swampy cabinet picks in their faces. Such liberals have missed something fundamental about Trump’s populist rhetoric. For many of the millions who voted for Trump, the “swamp” in Washington doesn’t necessarily denote corporate insiders, Wall Street executives and K-Street lobbyists — as those of us on the left visualize — but arrogant technocrats, bookish intellectuals and politically correct liberal elites who are indifferent to the struggles of the “forgotten men and women” in middle America.

In other words, Trump’s populism has always been more anti-intellectual than anti-elitist. (Of course many Americans perceive intellectuals and academics as the ultimate elites, even though they have little political or economic power.) Trump is loud, obnoxious, unlettered and uninformed. Unsurprisingly, he doesn’t read books. At the same time, he is proud, supremely confident, practical and enormously wealthy. Trump may be an economic elite, but he sure as hell ain’t no egghead.

Is it any surprise, then, that he has become the anti-intellectual Moses of the 21st century?

Anti-intellectualism has a long history in the United States, and the leftist historian Richard Hofstadter wrote an entire book in the 1960s documenting anti-intellectual movements in America — from the “Great Awakening” evangelical movement to the nativist “know-nothings” of the mid-19th century to the John Birch Society in his time. Hofstadter is even more famous for his 1964 essay “The Paranoid Style in American Politics,” in which he documented how many such anti-intellectual movements featured a “paranoid politics” rooted in conspiracy theory. That also has echoes in the Trumpian present.

It has always been ironic that a country founded by Enlightenment philosophers and bookish intellectuals like Thomas Jefferson, James Madison and Alexander Hamilton has long been a hostile environment for intellectuals, who are widely distrusted by much of the populace, not least because they are often irreligious or skeptical of religion (as were many of the beloved founders).

This is not to say that none of those who voted for Trump actually believed that he would take on special interests and Washington cronyism. Perhaps some of those voters will feel betrayed and will think twice before supporting Trump again. But a substantial number of people voted for Trump specifically because of his anti-intellectual style, and therefore won’t be too bummed that he has the wealthiest cabinet in history.

The anti-intellectual mentality values perceived practical qualities over theoretical ones, and tends to think of abstract thinking as close to useless. When Trump called out Washington technocrats as incompetent on the campaign trail, he was appealing to the anti-intellectual impulse that regards all highly educated people as impractical, incompetent eggheads. This naturally leads to the assumption that those who have achieved material success — i.e., wealthy businesspeople — are better equipped to run government with their practical, business-savvy skills and insights. Of course, history tells us the opposite: Businessmen have notoriously made very bad presidents, while most of the top-ranked presidents have been longtime public servants or lawyers with top-tier educations.

When Donald Trump is sworn in as the 45th president, less than two weeks from now, he will bring with him to Washington an administration full of economic elites and industry insiders, and D.C. cronyism will expand to a whole new level. But for many Americans, the fact that all those know-it-all intellectuals — especially the leading know-it-all, constitutional scholar President Barack Obama — will be thrown out is a victory worth celebrating.