Drynuary in hell: Garbage, garbage everywhere, and not a drop to drink

Only a special kind of idiot — me! — picks a month like this to stop drinking 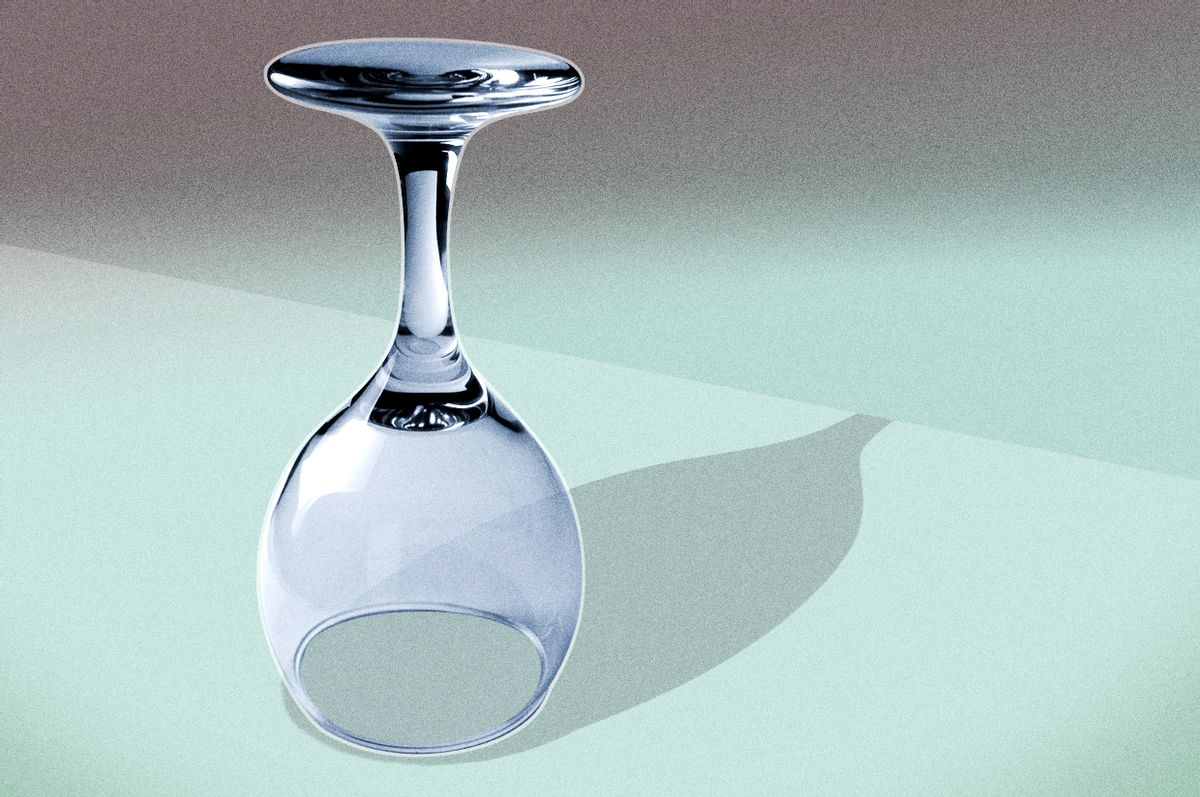 When I wrote on Facebook on the morning of New Year’s Day that I decided to make this January a Drynuary for myself — avoiding alcohol for the entire month, or in my case until I head off for a short vacation on the final weekend — I can’t say my friends didn’t warn me. Yes, 2016 was terrible, but January 2017 is the month of Donald Trump’s inauguration.

“I simultaneously support this endeavor and marvel at your choice of month,” one responded. “Maybe I’ll try Parch.”

I didn’t plan ahead for a booze-free January, nor did my New Year’s Eve end so raucously that I needed it, but it felt right to kick the year off with a healthy diet and I already eat a ton of kale. I still met a friend for drinks on Jan. 1. The bartender made me a delicious mocktail and Drynuary was off to a lovely, relaxing start.

Then everyone returned to work and all hell broke loose. Did the worst five people in America do all five movements with perfect feeling and open a portal to an even crappier dimension than the one we’re already living in?

Let’s look at Kentucky, where the legislative and executive branches are completely under Republican control for the first time in 121 years. The GOP got busy immediately, working to degrade the quality of life in the Commonwealth. Repealing the prevailing wage law, restricting abortion access, introducing right-to-work legislation and endangering the accreditation of the University of Louisville, one of the state’s major research institutions — all in a week’s work for a state whose governor made dismantling its health exchange his first and most urgent order of business, forcing thousands of Kentuckians to change their plans for 2017, and whose pissing match with the university caused the accreditation panic in the first place.

To quote Marc Murphy, editorial cartoonist for The Courier-Journal in Louisville, January 5 was a banger day in Frankfort:

The kicker? Republicans invoking “choice” even as they attempt to erode abortion access through a punitive mandatory ultrasound law and a 20-week abortion restriction (women can simply "choose to conceive" or not, apparently). The irony of Gov. Matt Bevin’s claim this week that “There is nothing more American than the freedom of choice,” it burns. (Check: Are women still citizens in 2017?) Missouri lawmakers are taking their freedom of choice seriously as well by pre-filing 14 anti-abortion bills for the session that began this week.

Kentucky also joined seven other states so far in pre-filing or introducing dangerous and pointless discriminatory laws aimed at restricting transgender people to using the public restrooms that correspond to the “biological sex” listed on their birth certificates. (What the hell, Minnesota?) This, as North Carolina’s HB 2 debacle continues to cost the state millions of dollars in tourism revenue and economic expansion, not to mention legal fees. (As Wired put it in September, “If the NCAA looks at you sideways, you know you’re doing something shady.”)

On top of all of that, who gets to pay for Donald Trump's wall? We do!

The insanity isn't restricted to our lawmakers. Remember "woke" Glenn Beck? That didn’t last. He ditched his Samantha Bee-friendly redemption tour to veer slightly right of Tomi Lahren, of all people, and blame the Black Lives Matter organization for the alleged hate crimes of four young African-American adults, seen in a horrific viral video apparently torturing a disabled white man while saying “Fuck Donald Trump.” The four alleged perpetrators were swiftly arrested and charged and now await justice, and Chicago police say there is no evidence they have any ties to the chapter-based national organization that works against systemic and institutional racism.

Meanwhile, this week convicted murderer Dylann Roof remained unrepentant at his sentencing for federal murder and hate crimes in the massacre of nine African-American attendees of Emanuel African Methodist Episcopal Church in Charleston, South Carolina, as heartbreaking testimonies from family and friends of the victims flowed through the courtroom.

Then there were the bonehead blunders that inadvertently revealed more about the state of America in early January 2017 than they had any right to.

Exhibit A: We woke up on Thursday morning to the cover of the Washington Post’s Express magazine touting a story about the Women’s March on Washington, scheduled for Jan. 21, with the image of a crowd of people forming the male symbol against a pink-washed background. The online mockery was swift, and a correction and apology for the embarrassing blunder soon followed, but was it really a mistake, or simply a Freudian Photoshop slip that summed up the entire sexist debacle of Hillary Clinton’s campaign for president magnified exponentially, in which, sure, American women can organize en masse a powerful show of resistance but we just can’t help but feel like men would have done a better job at it?

Exhibit B: Thursday ended on a surreal note as well, with a nightmare typo in a Yahoo Finance tweet about how Donald Trump ostensibly wants a bigger navy that accidentally used the N-word instead, prompting many to wonder, even just for a split second, given the strain of racial animus that Trump exploited during his campaign and the vicious racism which his victory has emboldened, if it they were looking at a simple yet awful fat-fingered mistake or an actual story.

Who’s to say in 2017? This is the state of disorientation we find ourselves in, just a week after kissing an awful year goodbye, when the news that Republicans believe they can and should resurrect the Holman Rule from 1876, in which individual civil servants can be targeted by Congress to be sacked or have their salaries slashed to $1 a year, sounded over-the-top absurd and mustache-twirling evil, but is actually real?

If the first week of 2017 is any indication, my fight-or-flight response is going to get a real workout this year. Without a nightly glass of wine to calm my nerves, at least my edge will stay sharp.