Ignoring anti-Trumpers: Why we can expect media blackout of protests against Trump's inauguration 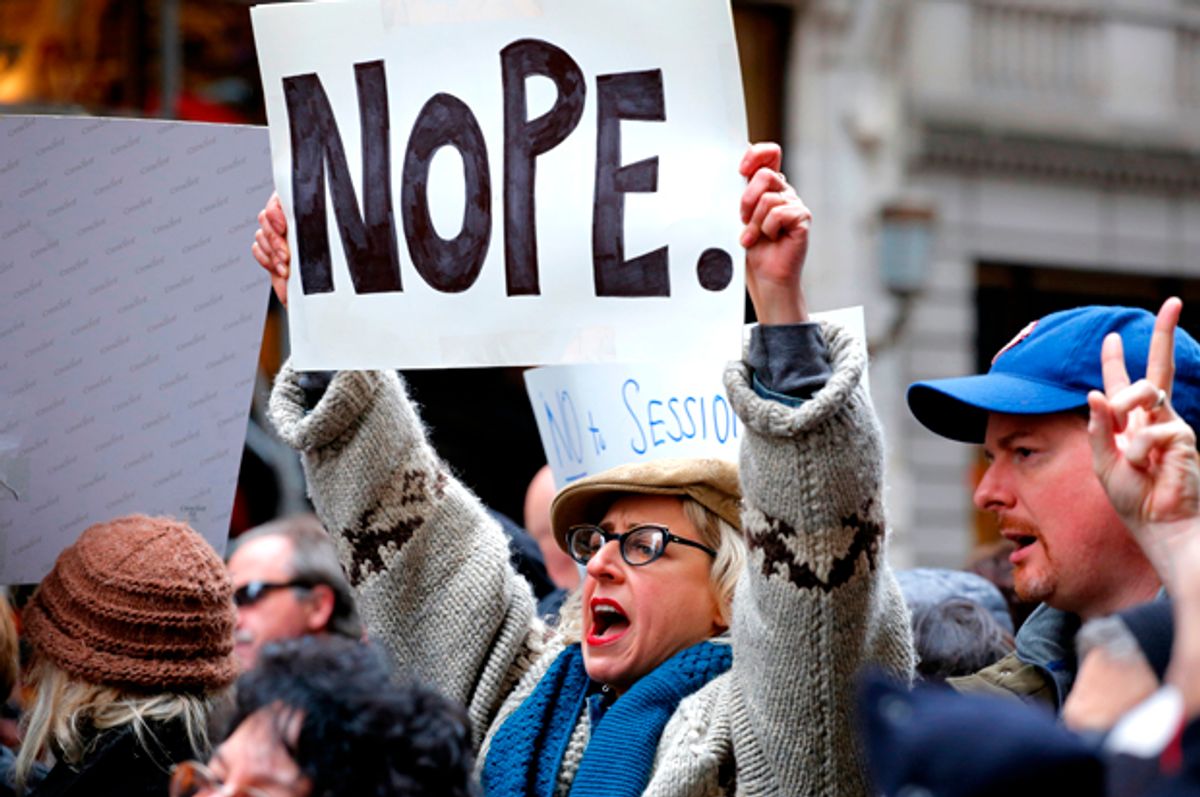 On Jan. 20 — 16 years ago — thousands of protesters lined the inauguration parade route of the incoming Republican president. "Not my president," they chanted. But despite the enormity of the rally, it was largely ignored. Instead, pundits marveled over how George W. Bush "filled out the suit" and confirmed authority.

"The inauguration of George W. Bush was certainly a spectacle on Inauguration Day," marvels Robin Andersen, the director of Peace and Justice studies at Fordham University, in the 2001 short documentary "Not My President: Voices From the Counter Coup."

It's nearly impossible not to anticipate the eerie parallels between George W. Bush's inauguration and that of Donald Trump.

"Forty percent of the public still believed that Bush had not been legitimately elected, yet there's almost no discussion of these electoral problems or the constitutional crisis," Andersen explains in the film. "Instead, Bush undergoes a kind of transformation where he fills out the suit and becomes a leader. Forgotten are any of the questions about his ability, his experience or his mangling of the English language. His transformation is almost magical," she adds.

Andersen estimated the inauguration protests, which occurred throughout the country, garnered approximately 10 minutes of total coverage on all the major networks.

"When we did see images of protesters, there was no explanation as to why. We were asked to be passive spectators in this ritual of legitimation when the real democratic issues that should have been being discussed were ignored," Andersen says in the film, reflecting on the "real democracy" in the streets of Washington, D.C.

Protesters marched in opposition of the Supreme Court's Gore v. Bush verdict following the 36-day Florida recount that gave the presidency to George W. Bush. Others railed against voter suppression and the Florida purge that affected thousands of voters.

"There will certainly be similarities, but Trump doesn't have the legal delays that the Bush administration had, so the idea that the inauguration is a coronation isn't going to be part of the protest discourse," she told AlterNet.

"All Trump will have to do is keep somewhat quiet and do the bare minimum to look like a human being and they will anoint his appearance," she noted.

Fake news, Russian hacking and Trump's outlandish campaign promises will all be a distant memory for the networks, Andersen predicted.

On the other hand, "the protests might present an alternative frame, because Trump has asked his supporters to come to Washington. Bikers for Trump will be there. There will of course be tens of thousands more progressive protesters, but the mainstream media will 'balance' that out and make them seem equal," she predicted. "And they will of course emphasize any tiny bit of conflict that occurs."