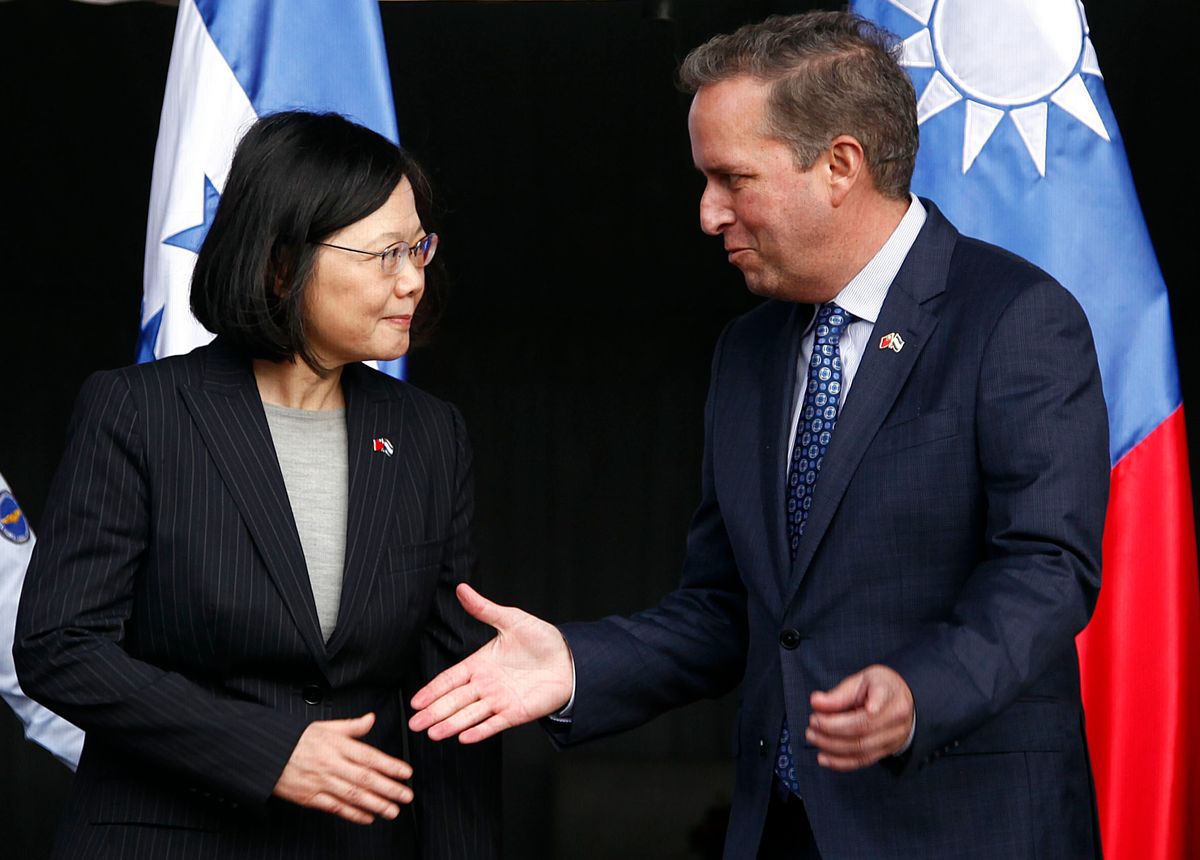 BEIJING (AP) — China has reiterated its opposition to any contacts between U.S. officials and Taiwan's government following a meeting Sunday between Texas Sen. Ted Cruz and Gov. Greg Abbott and the self-governing island's President Tsai Ing-wen.

Cruz and Abbot met with Tsai while she was passing through Houston on her way to a visit to Taiwan's Central American allies.

At a news briefing in Beijing on Monday, Foreign Ministry spokesman Lu Kang said China was firmly opposed to any contact between Taiwan's leader and "anyone from the U.S. government." Such contacts threaten to disturb and undermine relations between Washington and Beijing, Lu said.

China claims Taiwan as its own territory and has been ratcheting up the diplomatic pressure on the independence-leaning Tsai since her election last year.