Donald Trump claims all the "dress shops" in Washington, D.C. are sold out for his inauguration. We found hundreds of available gowns

We reported on Donald Trump's dress lie and got thrown out of Dior, which did indeed have dresses for sale 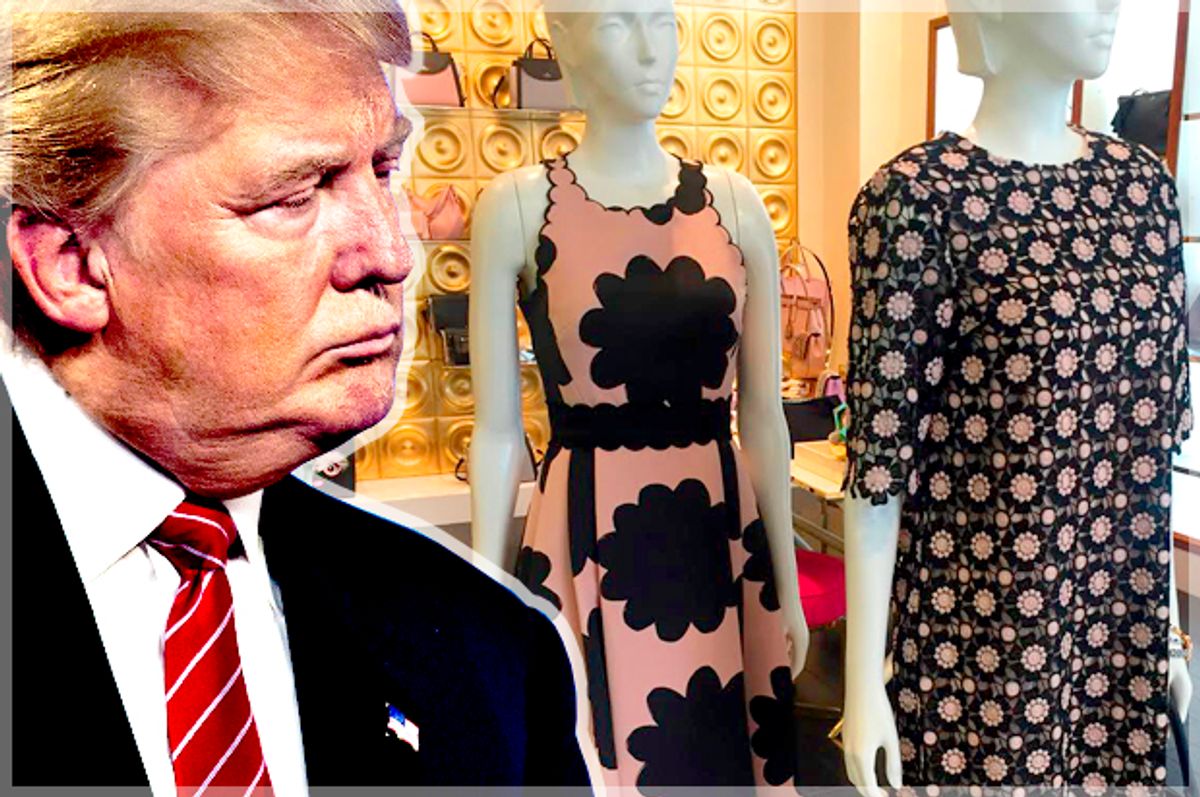 Donald Trump's carefully orchestrated reality-TV style reveal as the 45th president of the United States is not going as planned and he is clearly panicking.

Late Sunday night after Golden Globes host Jimmy Fallon made repeated cracks about the former "Apprentice" star's inability to book any big-name celebrities for his inauguration next week, Trump spoke with a reporter from The New York Times he likes to deride and boasted, “We are going to have an unbelievable, perhaps record-setting turnout for the inauguration, and there will be plenty of movie and entertainment stars.”

Trump then added this bizarre claim: “All the dress shops are sold out in Washington. It’s hard to find a great dress for this inauguration.”

That oddly gendered claim is blatantly false, however. There are plenty of dresses available for purchase in Washington.

The Dior store at City Center had clearly heard of the controversy surrounding Trump's comments by late Monday morning. As a sales associate was explaining that few area clients had inquired about inauguration weekend attire, a store manager rushed out of the back to shut down Salon's questioning.
Word had apparently already come from Dior's corporate headquarters in New York to not answer any Trump-related questions. Though there were clearly plenty of ready-to-wear dresses available on the sales floor, Salon was prevented from taking any photographs and promptly escorted out of the Dior store by security.

The Venezulean-born designer who has dressed former White House first ladies, from Jacqueline Kennedy Onassis to Michelle Obama, recently said it would be an "honor" to dress Melania Trump. Herrera's City Center store, two blocks from where Trump's Commander in Chief inaugural ball will be held, was stocked with plenty of formal gowns: In that same upscale outdoor shopping center, traditional American designer Kate Spade was fully stocked with dresses. Spade sales associates told Salon that the store has not yet seen an uptick in purchases in anticipation of Trump's inauguration: The department store's ongoing beef with the president-elect is well documented (Macy's pulled Trump's line of products out of stores shortly after he entered the presidential race by disparaging Mexican immigrants as rapists and criminals.) Yet, even Macy's was well stocked with gowns ahead of Trump's inauguration. Macy's workers in Washington were even setting up special inaugural edition window displays after Trump's comments to the Times: One block away from Trump's new hotel in the Old Post Office, Saks Fifth Avenue's discount Off 5th store was stocked with dozens of dress designs: As you can clearly see, despite the president-elect's claims to the contrary, dresses are still very much for sale in Washington.