Donald Trump simply doesn't get it: His vast egotism is doing serious damage to America 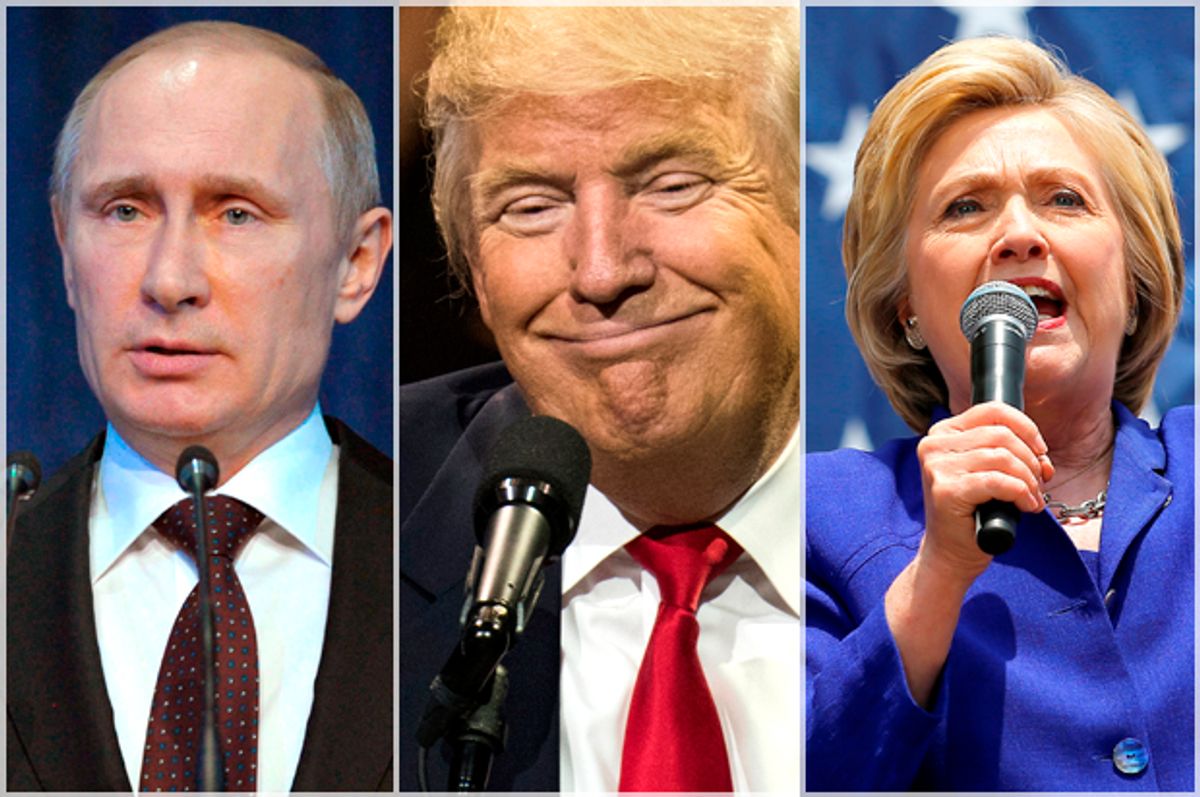 Having been fully briefed on the intelligence community’s assessment that Russia ran an operation to meddle in America’s presidential election and elevate Donald Trump to the White House, the president-elect and his team spent the weekend doing what Republicans do: blaming Democrats for the whole mess.

Most of Trump’s comments on the matter came from a statement published within minutes of the end of his briefing on Friday and from his Twitter feed, which journalists have taken to monitoring like the Oracle of Delphi since the president-elect refuses to hold press conferences. A stream of whining issued from those two sources on Friday and Saturday, during which Trump managed to do the following:

Lest anyone need a reminder about the dominant mindset within the incoming administration, Trump surrogates also spent time on TV this weekend repeating the claim that nothing Russia purportedly did in any way help Trump to what his sycophants are still pretending was a historic landslide victory. This classification of his win is total nonsense, of course. Anyone who understands math or how to read a list knows that Trump’s Electoral College “landslide” was anything but.

The Trump team is following a perversion of the dictum laid down by one of former president George W. Bush’s advisers to journalist Ron Suskind in 2002. This adviser, later reported to be Karl Rove, told Suskind that America is an empire and “when we act, we create our own reality.” In the case of Trump, the reality is spun from whatever insecurities and neediness are consuming him at any given moment. There is not necessarily any action driving him to will his own reality into being, just the random effluvia cascading from his mouth, washing Reince Priebus and Kellyanne Conway onto the set of Sunday morning shows to lie to us.

The problem is that Trump is entirely oblivious to how much his refusal to acknowledge the reality of his narrow win or the ways the alleged Russian hacking might have helped his victory (and no, Donald, we’re not talking about voting machines) serves to delegitimize his administration before he is even sworn in. It looks illegitimate to the country’s electorate, when 3 million more ballots were cast for his opponent than he received. It looks illegitimate to leaders of other nations, who see this buffoon with a cheap spray tan trying to gaslight his own country and can only wonder what that will mean for their interactions with him. It looks illegitimate to the citizens of other nations, who followed America’s election closely and are well aware of the drama and controversy surrounding it.

This undermining of confidence in American leadership, that's particularly evident within European countries like Germany that have also allegedly had their elections targeted by Russia’s army of hackers and online trolls, is a salve to President Vladimir Putin, who has no interest in real democracy in his nation or in seeing it continue in others. In Trump, Putin faces a president he already knows he can manipulate. Other world leaders will know they cannot look to the United States to enforce the global order that has existed for decades and served as a bulwark against petty tyrants like Putin.

All this history and geopolitics should be bigger than any one person’s ego, even one as massive as Donald Trump's. But when he waves off any suggestion that he benefitted from Russian help and some of his fans and followers shrug their shoulders, it's clear to America and the rest of the world that Trump's ego is the dominant factor at play. That's a scary reality to contemplate.