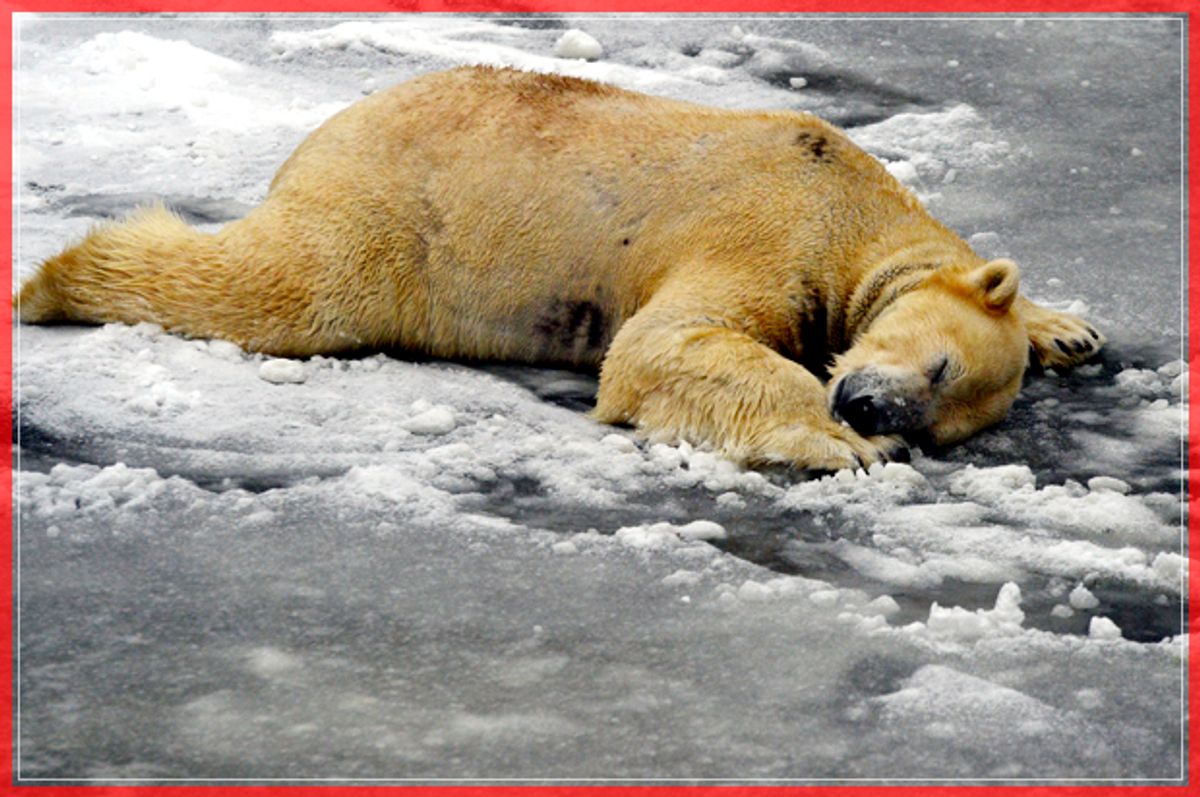 London, England   Justin Tallis/Getty
Commuters wait on line to board a bus at the Victoria bus station during a 24-hour tube strike In the best of circumstances, public transportation is cheap, energy efficient, and fast. But those of us who live in large urban areas also know that even on a good day, commuting is and exhausting mob scene. Throw in a major transit strike and millions of stranded travelers — as London learned last week — and it's hard for anybody to have anything even remotely resembling a nice day. Vasoconstriction is a hell of a thing. All throughout your circulatory system there are these tiny little muscles that respond to cold by narrowing your blood vessels and restricting the flow of blood. It’s a survival mechanism meant to reduce the loss of body heat for as long as possible. This isn’t necessarily something you want to induce, as these sparsely clothed men crammed thigh-to-thigh in a kiddie pool full of ice water are doing in this photo. I do hope these guys have a pleasant and healthy 2017, and that a semi-nude round of self-inflicted vasoconstriction is their low point for the year. Men dressed as wolves were seen walking through the streets of Mexico City on Sunday. They told a passerby that they were on their way to deliver soccer balls to children. Can't tell if this is sweet or sketchy.

Berlin, Germany   Maurizio Gambarini/AP
Wolodja the polar naps in his enclosure at the Tierpark zoo "Just give me five more months, would you?"