The Latest: More than 1,000 homes evacuated in Nevada 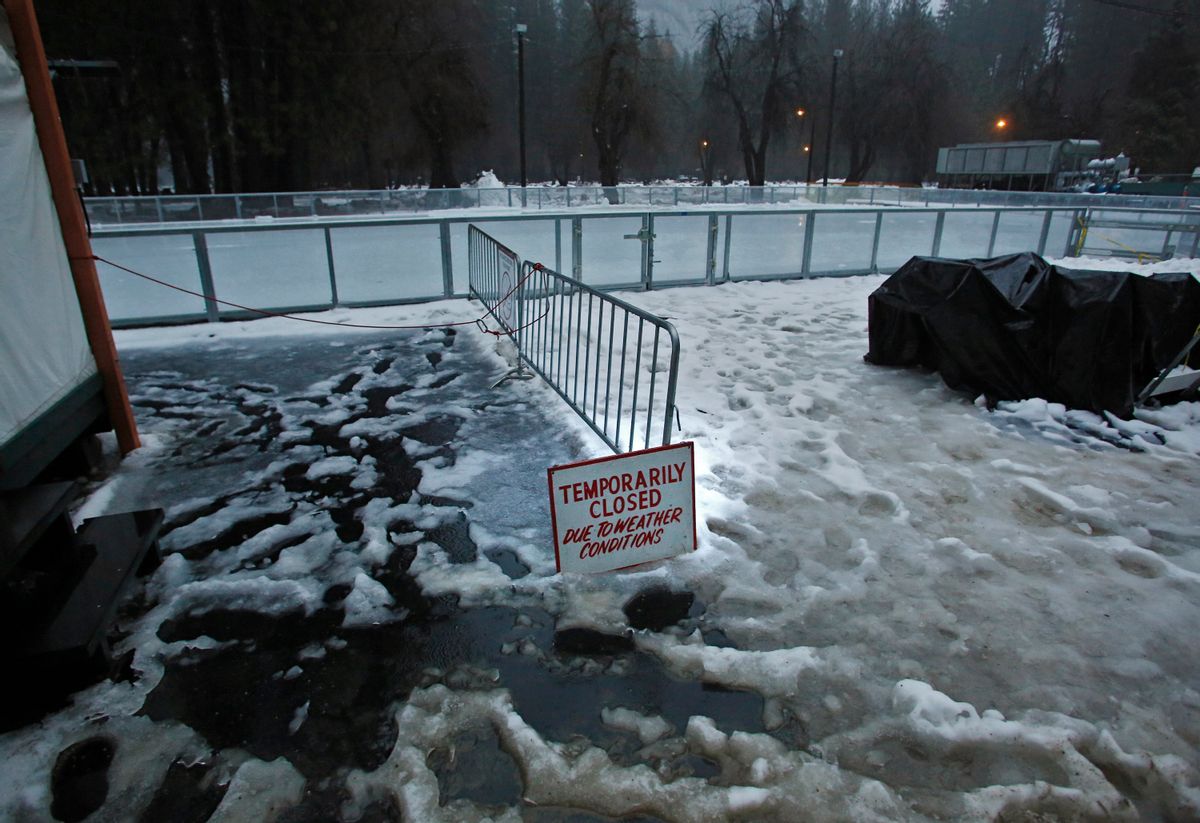 A "closed" sign stands at the entrance of a normally busy ice rink at the Half Dome Village of Yosemite National Park, Calif., on Saturday, Jan 7, 2016. The area has been evacuated ahead of possible flooding of the Merced River from a storm system in Northern California. (AP Photo/Gary Kazanjian) (AP)
--

SAN FRANCISCO — The Latest on winter storms in California and Nevada (all times local):

More than 1,000 homes have been evacuated in Reno as much of the Sierra's eastern front braces for the worst flooding in a decade.

Emergency officials say residents voluntarily evacuated a total of 1,300 homes in a south Reno neighborhood Sunday as the Truckee River began to leave its banks and drainage ditches started to overflow south of Interstate 80.

Many area roads have been closed, but no injuries have been reported.

The National Weather Service says the storm that has already dropped several inches of rain in the area is tracking pretty much as they expected.

Truckee River flows should peak about 2 feet above flood stage in downtown Reno by Sunday evening.

They are forecast to crest about 6 feet above flood stage Monday morning in neighboring Sparks, where several feet of water is expected to flood an industrial area where 25,000 people work.

Schools are closed throughout the Reno-Sparks area on Monday. Authorities say they expect Reno-Tahoe International Airport to remain open.

The flood warning continues into Tuesday.

Stranded motorists were pulled from cars stuck on flooded roads as heavy rains from a massive winter storm moved into Northern California.

Authorities reported rescues in Marin and Sonoma counties, including an operation along U.S. 101 where several people were plucked from submerged vehicles. No injuries were reported.

Officials urged residents to avoid driving through standing water and to stay off rural roads, where rescues could be difficult.

Crews cleared trees and debris following mudslides caused by steady rain accompanying the system that could dump 15 inches in foothill areas as it gains strength throughout the day. Several feet of snow is expected in the Sierra Nevada.

Rangers at Yosemite National Park have closed all roads leading to the park's valley floor.