The worst of the backlash: Meryl Streep's speech is everything that is wrong with Hollywood and liberals, according to conservatives

Trump was not the only Republican who was offended by the speech. Many took to Twitter to criticize Meryl Streep 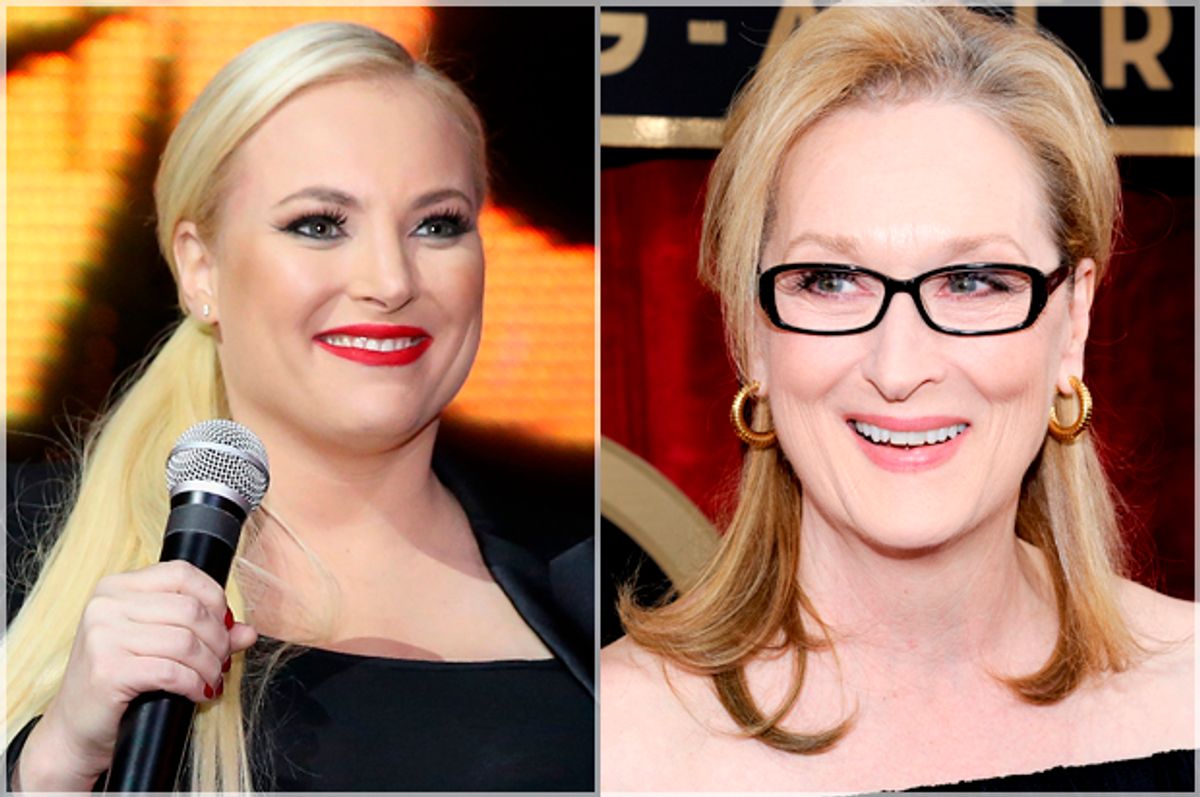 Meryl Streep's speech at the Golden Globe Awards on Sunday represented everything that is wrong with Hollywood and the liberal elite. That was the reaction from right-wing commentators and trolls, anyway.

Streep delivered her remarks upon receiving the Cecil B. DeMille Award at the Golden Globe show on Sunday night. She took advantage of her platform by targeting President-elect Donald Trump, whom she declined to mention by name, but referenced his infamous act of imitating New York Times reporter Serge Kovaleski. "Disrespect invites disrespect, violence incites violence," Streep said. "And when the powerful user their position to bully others we all lose."

The legendary actress' speech touched on themes of compassion and respect, but conservatives saw it as an unnecessary attack on Trump, a cheap shot that will only strengthen the president-elect in the long run.

Meghan McCain, daughter of Sen. John McCain and a Fox News personality, tweeted after the speech that Streep helped Trump get re-elected.

This Meryl Streep speech is why Trump won. And if people in Hollywood don't start recognizing why and how - you will help him get re-elected

For many observers on Twitter, Streep's speech was a microcosm of the follies of Hollywood, whose rich and beautiful elite denizens were seen as being out of touch with blue-collar Middle America.

Meryl Streep should be more gracious to #Trump supporters-After all working class paid for all the #Obama @WhiteHouse parties she attended.

Kellyanne Conway: If #MerylStreep cared so much about the disabled, she should've spoken on behalf of the teen who was tortured in Chicago.

Oh no!! What will @realDonaldTrump do without the support of the liberal Hollywood elite?! Oh I know, he will Make America Great Again.

One writer from America's heartland provided the following fantastic rebuttal to the whining from the right:
I'm from Texas, and Your "Liberal Bubble" Argument is Ridiculous