WATCH: Video games are fun, but Games For Change believes they can be so much more 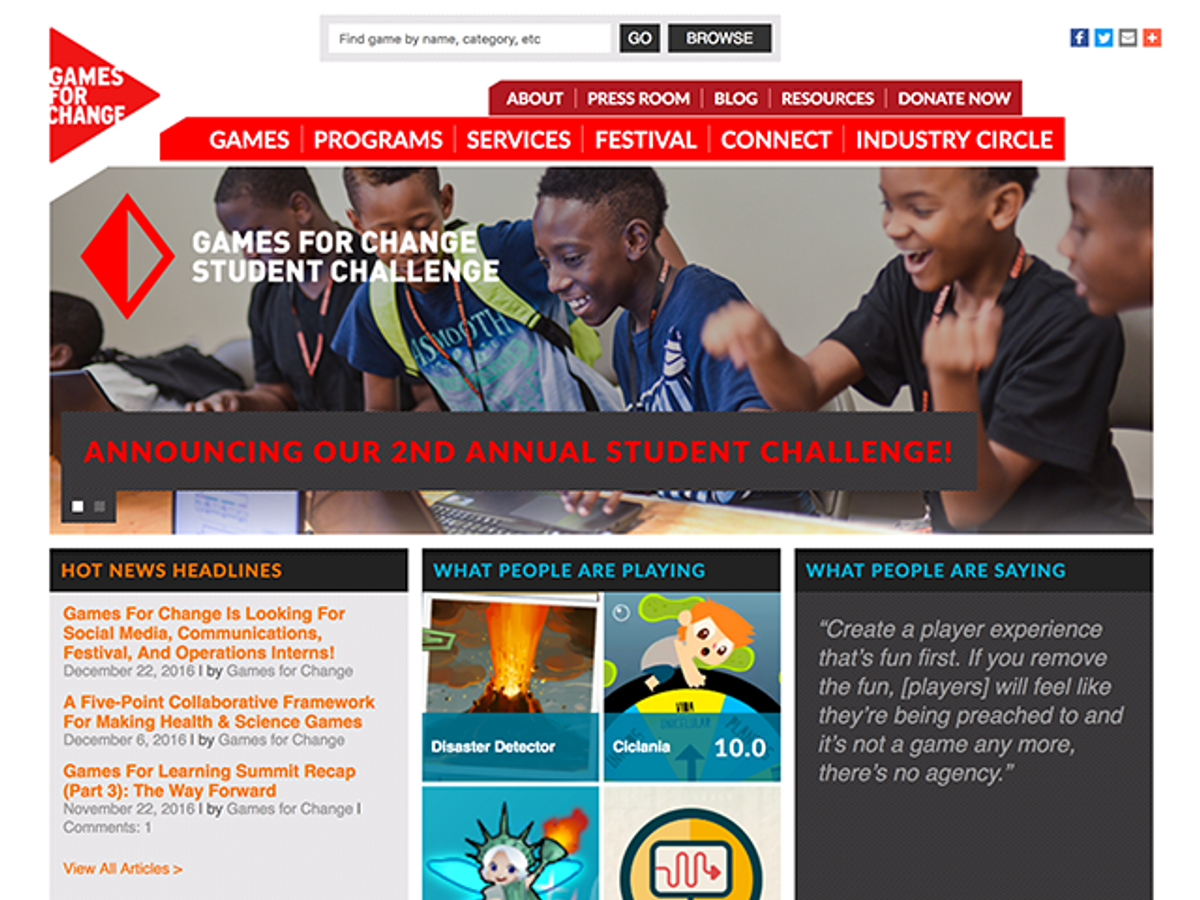 Susanna Pollack, the president of Games for Change, came into Salon’s studio to chat about how this often-maligned medium can actually be a positive force for social change.

Video games are inherently educational, Pollack pointed out, because the whole point of them is to learn new skills and work on them until the player masters them. But Games for Change moves beyond the basics, promoting the potential of video games to teach social skills, educate about topics like world history, or improve empathy.

There’s even games these days even get people off the couch and get them to pick up very traditionally ungamer-like hobbies, such as running.

“You’ve got the opportunity for players to have agency, to actually change the outcome of a story, to step in the role of a character, to direct decisions that are happening in that game,” Pollack explained. “And that lends itself really well to an immersive experience.”

Pollack highlighted how games like “That Dragon, Cancer”, which highlights the struggle of parents of a sick child, or “1979 Revolution: Black Friday”, in which players assume the role of a photojournalist during the Iranian revolution, show that games can have a lot of power to educate and shape people’s thinking.

But it’s not just role-playing games, Pollack told host Amanda Marcotte. Mobile games and even audio games like “Zombies, Run!” show that games of all levels can have positive social impacts, beyond just being fun.
Of course, fun is the ultimate appeal of games, but, as the work of Games for Change shows, there’s no reason to think that players can’t both have fun and learn something new while they do it.