Conservatives sound off: 4 people who were offended by Meryl Streep's speech 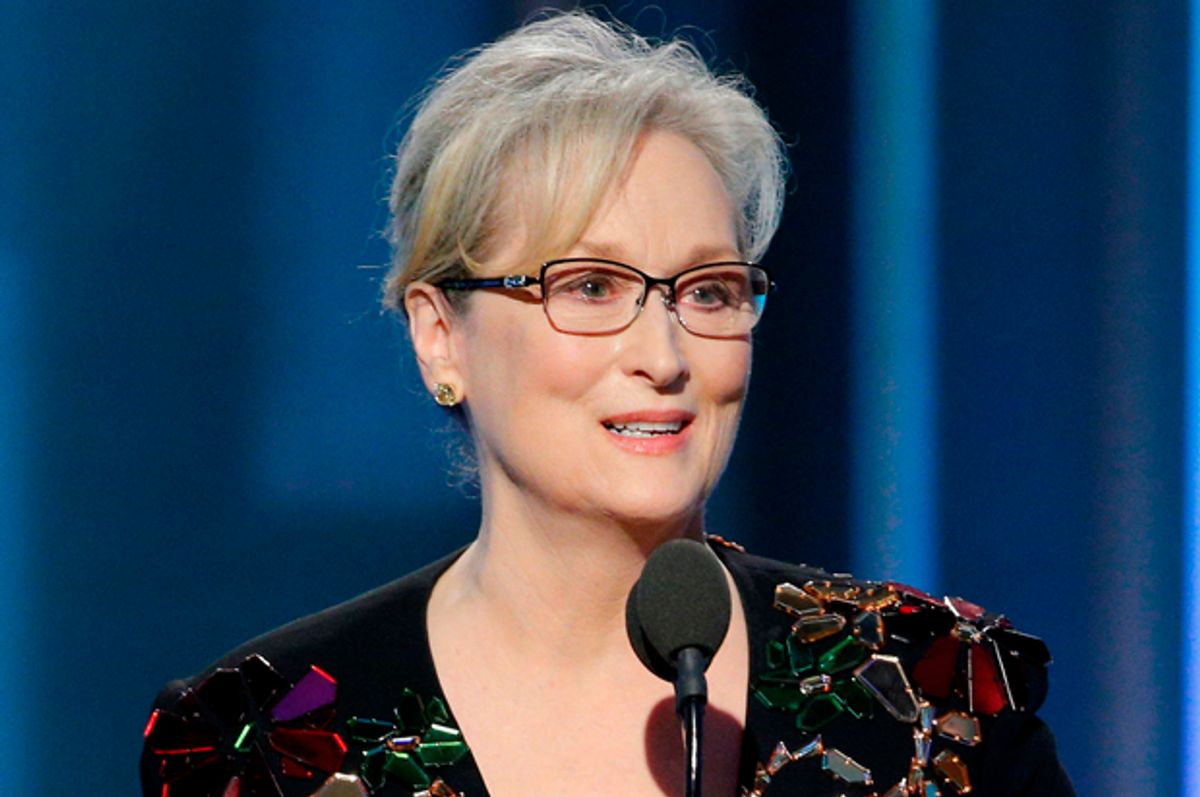 Republicans can't seem to get over Meryl Streep's Golden Globes speech Sunday, which she used to sound off on President-elect Donald Trump. The attempts to spin it were ridiculous and in some cases hilarious.

Conway told CNN's Chris Cuomo that she thinks it's "great" that Streep wants to give a platform about the disabled.

"But seriously speaking, why didn't she use that platform to talk about the mentally-challenged boy that was tortured on live streaming Facebook, by four young African-American adults in Chicago," Conway asked Cuomo.

"Because one was done by a bunch of miscreants, the other was done by the president-elect of the United States," Cuomo shot back.

"You're really going to equate the two?" she asked, though she was the one to bring up not one, but both scenarios.

"One of them was a crime. There's no controversy over that," he said of the Chicago teens charged with the hate crime. "We know who did it, they don't deny doing it, if they do, it doesn't matter."

Cuomo also explained that the entire controversy over Trump mocking disabled reporter Serge Kovaleski could have been avoided had the president-elect simply apologized.

"And if people in Hollywood don't start recognizing why and how, you will help him get re-elected."

Meghan McCain remained firmly anti-Trump during the presidential election and eventually rallied behind long shot independent candidate Evan McMullin. On the other hand, she praised Hillary Clinton in an interview with Larry King in September 2013.

"I really want a woman to be president," she told Larry King. "I really like Hillary Clinton in a lot of ways . . . she's cool and I think she's put up with a lot of B.S."

"It's annoying that she gets away with pretending to be some sort of outsider," Carlson remarked.

"They have a perfect mixture of superiority and victimhood," he announced in a panel discussion early Monday. "She says 'we're the most vilified people' and then she goes on a five-minute rant about how middle Americans don't know anything about the world!"

Shillue then explained the real reason he was so frustrated.

"She's a great celebrity. Everyone loves Meryl Streep," he admitted before calling her Trump speech at the Golden Globes "a waste."

But even on Fox News some supported Streep's speech.

The president-elect called the actress "totally overrated" and a "Hillary Flunky."

"Doesn't that undercut Mr. Trump's agenda by responding in ways like that? You cannot expect people to climb on board with your agenda when your judgment is so poor," MacDonald said.