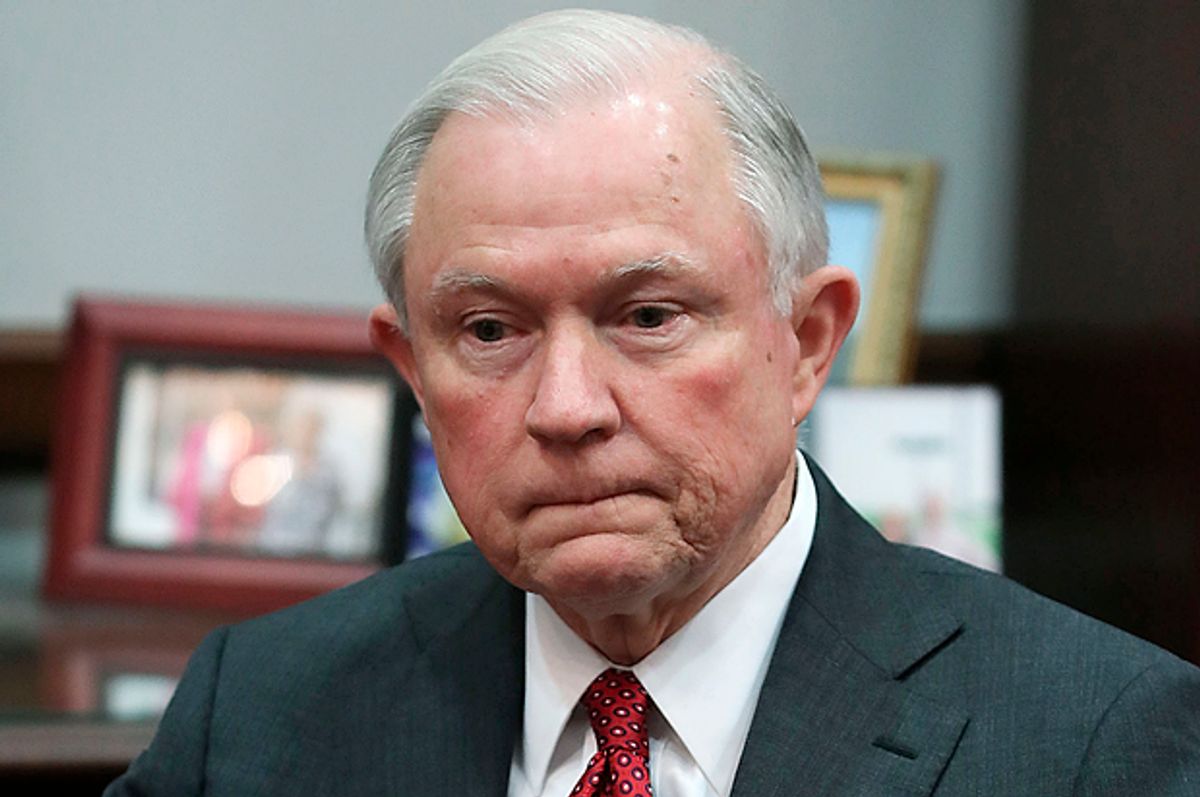 The two-day Senate Judiciary Committee hearing features testimony from the Alabama Republican on Tuesday, followed the next day by statements from witnesses who support and oppose his nomination.

Democrats are expected to challenge Sessions' commitment to civil rights, a chief priority of the Justice Department during the Obama administration. They also are likely to press him on his hard-line stance on immigration policy. But Republicans have expressed strong support and are expected to secure more than enough votes needed to confirm him, including from some Democrats in conservative-leaning states.

The Alabama lawmaker is known as one of the most staunchly conservative members of the Senate, and has already drawn opposition from at least two Democrats, New Jersey Sen. Cory Booker and Ohio Sen. Sherrod Brown.

In a dramatic turn, Booker — one of three black senators — said he will testify against Sessions on Wednesday, marking a rare instance in which a senator has testified against a colleague seeking a Cabinet post. In a statement, Booker accused Sessions of having a "concerning" record on civil rights and criminal justice reform and called his decision "a call to conscience."

If confirmed, the four-term senator would succeed outgoing Attorney General Loretta Lynch and would be in a position to dramatically reshape Justice Department priorities in the areas of civil rights, environmental enforcement and criminal justice.

Sessions was first elected to the Senate in 1996 and before that served as state attorney general and a United States attorney. He's been a reliably conservative voice in Congress, supporting government surveillance programs, objecting to the proposed closure of the Guantanamo Bay, Cuba, detention facility and opposing as too lenient a 2013 bipartisan immigration bill that included a pathway to citizenship for the estimated 11 million immigrants living in the U.S. illegally.

He will look to turn the page from a failed confirmation hearing in 1986, when his nomination for a federal judgeship was derailed by accusations he had made racially insensitive comments as a federal prosecutor.

Civil rights advocates have rallied against his nomination, with protesters staging a sit-in last week at a Sessions office in Alabama and circulating letters opposed to his nomination. Advocacy groups have drawn attention to positions from Sessions they fear could weaken legal protections for immigrants, minority voters and gays, lesbians and transgender people.

Sessions' supporters have pointed to bipartisan work in the Senate and to supportive statements from some Democrats and even the son of a civil rights activist whom Sessions unsuccessfully prosecuted for voter fraud in Alabama. One of the two senators introducing him at Tuesday's hearing is a moderate Republican, Susan Collins of Maine, suggesting a concerted effort to try to cement his appeal beyond the more conservative members.

Sessions may be asked whether the Justice Department would investigate again Hillary Clinton's use of a private email server while she was secretary of state. Trump said during the campaign that he would ask his attorney general to appoint a special prosecutor to investigate Clinton, but suggested after he won that he had changed his mind.

Cabinet From The Wires Jeff Sessions