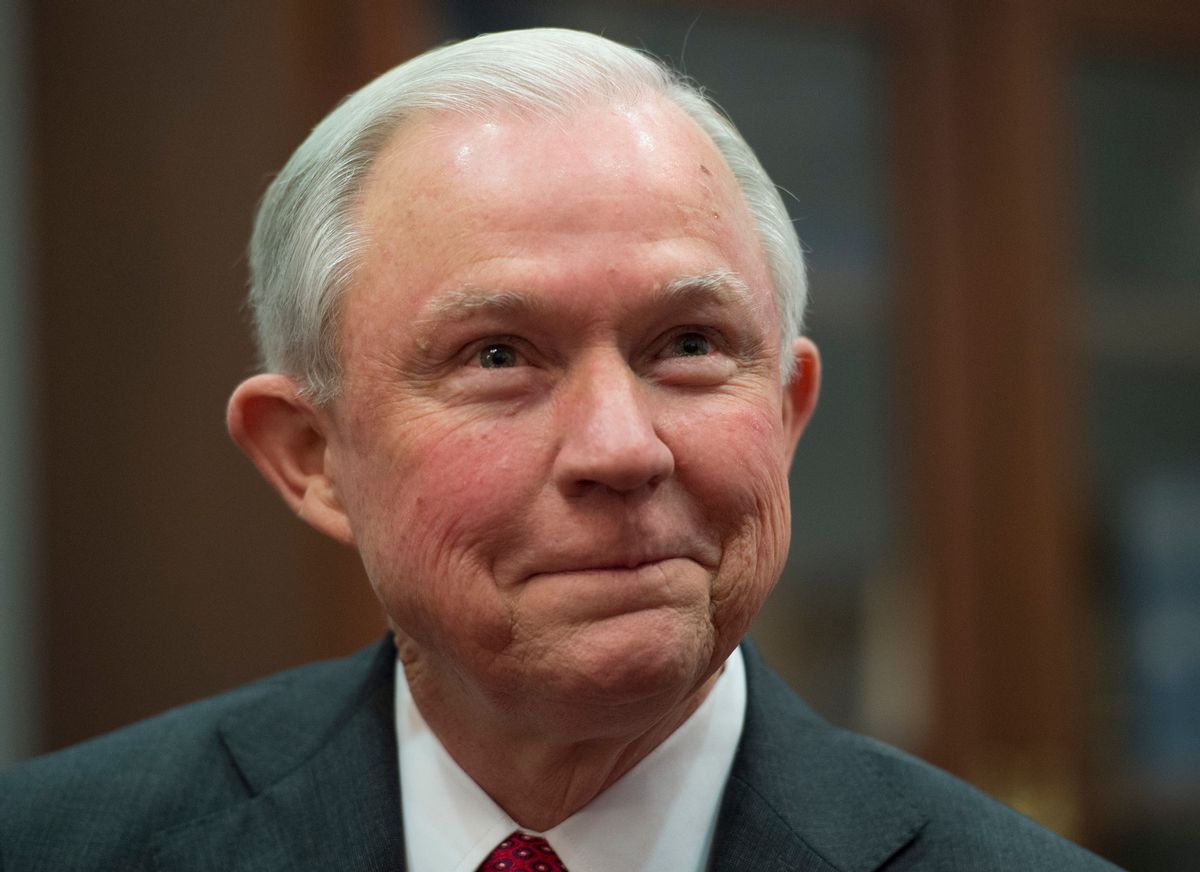 Holding foam fingers with "KKK" and "Go Jeffie Boy" written on the hands, protestors dressed in white robes interrupted the confirmation hearing of Alabama Sen. Jeff Sessions, the president-elect's choice for attorney general, just as it began on Tuesday.

The first confirmation hearing of one of Donald Trump's Cabinet nominees kicked off as white men cloaked in white robes yelled, "You can't arrest me! I'm white!" with Capitol police escorted them out.

Sessions was rejected for a federal judgeship in the 1980s by a Republican-controlled committee due to reports that the Alabaman had called the NAACP "unAmerican," among other racially insensitive remarks. Civil rights groups have mobilized to urge the committee to reject Sessions' nomination, pointing to his past efforts to block black judges from serving on the federal level.

Khizr Khan, the Gold Star father who spoke at the Democratic National Convention last summer, recently called Sessions “not worthy” of serving as Attorney General. "The most minimal standard for leading the Department of Justice must be a demonstrated commitment to pursuing justice for all Americans. Mr. Sessions fails to meet that standard," Khan said of Sessions, who voted against a resolution that the U.S. should not deny entry to members of any religion following Trump's call for a Muslim ban.

Ahead of Sessions' hearing, Washington-area clergy and faith leaders also marched to Capitol Hill on Monday to condemn Sessions' nomination. "We are calling on people of conscience to protest the nomination of Jeff Sessions because his record shows consistent support for ideological extremism, racist and classist policies, and the writing of discrimination into law,” the Rev. William Barber II, president of the North Carolina NAACP and leader of Moral Mondays, said in a statement.

See a tweet from when Sessions walked into the hearing: