Jeff Sessions has bad news for Dreamers: Trump plans to throw DACA immigrants to the wolves 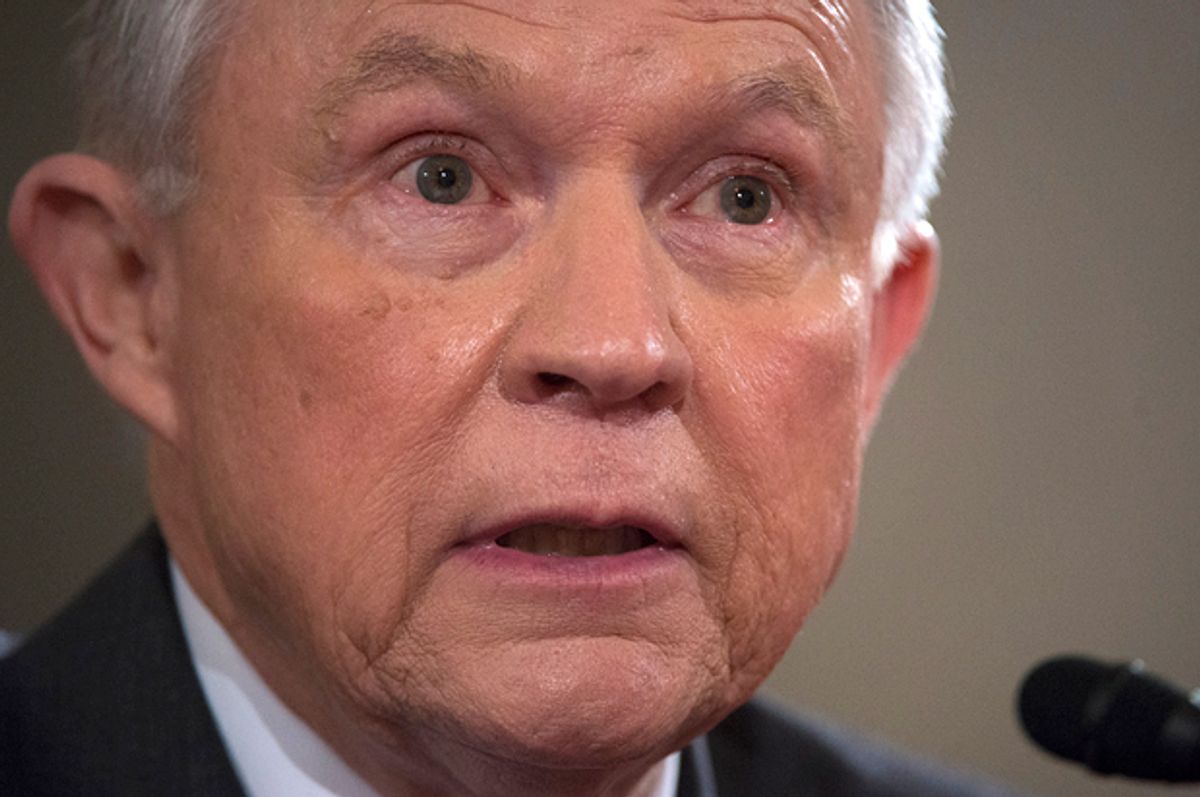 There’s not a whole lot of suspense surrounding the Senate hearings about Jeff Sessions’ nomination to serve as Donald Trump’s attorney general. Sessions is, after all, a sitting member of the Senate, having represented Alabama for two decades as a Republican. Collegiality and partisan allegiance will almost certainly overcome the many lingering concerns over his record on civil rights and he will more than likely be confirmed.

That’s not to say there wasn’t anything to learn from Tuesday’s Senate Judiciary Committee hearing. One of the significant bits of information we’ve gleaned from Sessions’ questioning thus far is that the Trump administration seems dead set on clawing back Deferred Action for Childhood Arrivals (or DACA). This is the program that President Barack Obama established to shield undocumented immigrants brought to the country as children — who are commonly referred to as Dreamers — from deportation. Sessions also indicated that the Trump transition team hasn’t given much consideration to what will happen to the hundreds of thousands of immigrants who registered under the DACA program and who would be under renewed threat for deportation should the program be ended.

Asked by Sen. Lindsey Graham, R-S.C., if he would advise Trump to repeal the executive order that created DACA, Sessions said the decision “would need to be studied,” but “it would certainly be constitutional, I believe, to end that order.” A Sessions-led Department of Justice, he added, “would have no objection to a decision to abandon that order.”

Graham then pressed Sessions on what would be done with the 800,000 immigrants who registered for DACA protections. “Fundamentally, we need to fix this immigration system,” Sessions said. “We’ve been placed in a bad situation. I really would urge us all to work together. I would try to be supportive, to end the illegality and put us in a position where we can wrestle with how to handle these difficult, compassionate decisions.”

That, you may have noticed, was not an answer to Graham’s question. Ending DACA creates a specific legal and moral challenge. Even if you disagree with Obama’s constitutional reasoning in creating the program, the fact remains that close to a million undocumented immigrants came forward and identified themselves to federal authorities. They did so under the expectation that they would be protected against consequences for an offense committed on their behalf while they were minors. Those immigrants are also receiving a material benefit through the program in the form of work authorizations. Precipitously stripping away those protections and benefits is the very definition of acting in bad faith.

Sessions and the Trump administration have a plan to do precisely that. What they don’t have is a plan to mitigate the loss of livelihood and risk of deportation that will come along with that bad-faith action. Sessions’ answer to Graham was little more than a call for Congress to pass some sort of immigration reform legislation at some point in the indeterminate future. In 2013 the legislature memorably tried to do that — only to meet massive resistance from conservative Republicans like Jeff Sessions.

The DACA issue came up again when Dick Durbin, D-Ill., got his turn to question the nominee. Pointing out that Sessions had not actually answered Graham’s question about what to do with immigrants who had registered for DACA, Durbin pressed him again. “What’s going to happen to those 800,000 if you revoke that order and they are subject to deportation tomorrow?” he asked. “What is the humane, legal answer to that?”

Sessions responded by saying that it won’t be his responsibility, but maybe those immigrants will be lucky and not be swept up in the deportation waves. He said the following:

The attorney general’s role is to enforce the law. And, as you know, Sen. Durbin, we’re not able financially, or any other way, to seek out and remove everybody that’s in the country illegally. President [-elect] Trump has indicated that criminal aliens — like President Obama indicated — certainly are the top group of people. So I would think that the best thing for us to do — and I would urge colleagues that we understand this — let’s fix this system. And then we can work together after this lawlessness has been ended. And then we can ask the American people and enter into a dialogue about how to compassionately treat people who’ve been here a long time.

“That does not answer the question about 800,000 who would be left in the lurch, whose lives would be ruined while you’re waiting on Congress for a bill you opposed,” Durbin shot back. While the uncertain process of waiting and legislating takes place, Sessions will undoubtedly be busy installing hard-line immigration judges and wielding influence over the Board of Immigration Appeals.

Both Trump and Sessions have given us more than enough reason to believe they represent an acute threat to DACA beneficiaries. Today’s hearing confirmed it.