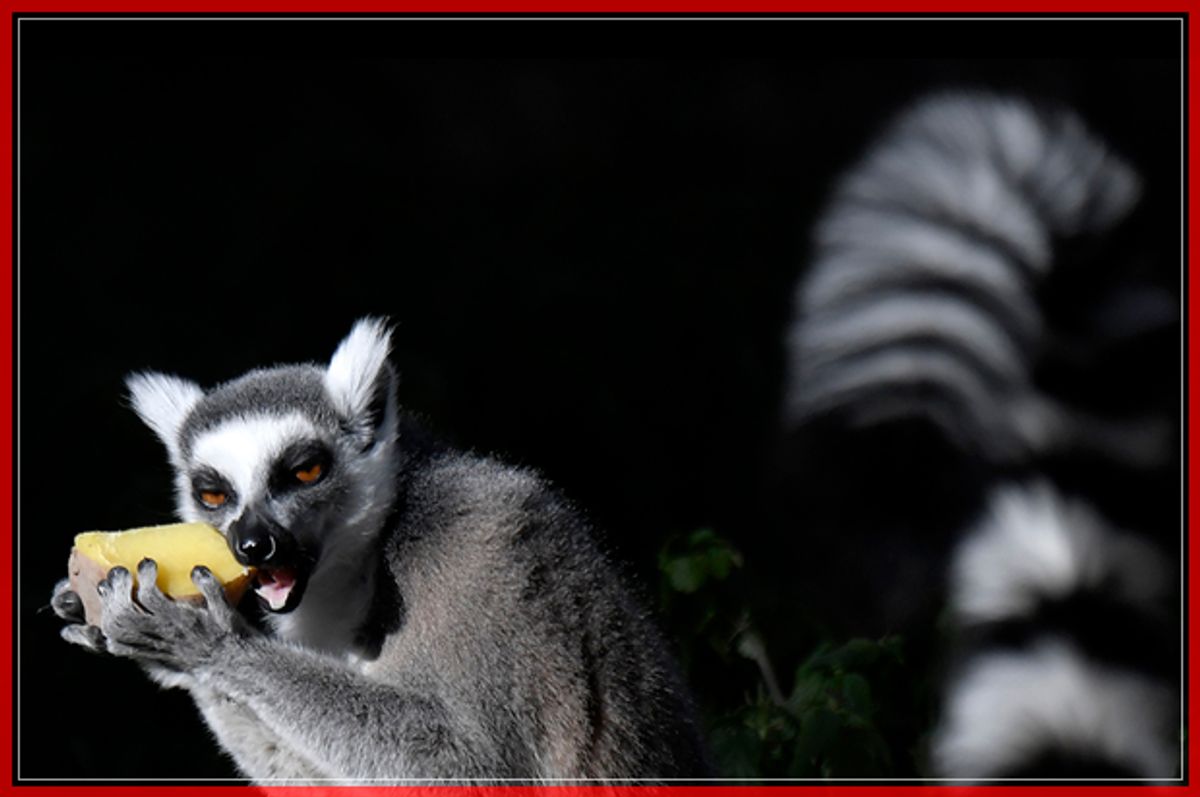 A lemur eats a hot potato on January 9, 2017 at the Bioparco (zoo) in Rome. Hot potatoes were distributed to animals today at the Bioparco in Rome as a cold wave hits Italy since a week with unusual snowfalls in the southern region of Puglia. / AFP / TIZIANA FABI (Photo credit should read TIZIANA FABI/AFP/Getty Images) (Afp/getty Images)
-- In the Philippine capital of Manila, Roman Catholic devotees climb the carriage to kiss the statue known as the Black Nazarene (or Poóng Itím na Nazareno). The original statue depicts Jesus en route to his crucifixion and was carved from black Mesquite in Mexico during the 16th century. It was transported to Philippines in 1606. These days a  composite replica is brought out of its shrine for public veneration three times a year. Several people were injured this year in a celebration that drew tens of thousands of devotees in a barefoot procession through the city’s streets. Rome, Italy   Tiziana Fabi/Getty
A lemur gnaws on a potato at the Bioparco di Roma This is perhaps the best "come hither" face I've ever seen. The hot potato makes it that much better. If someone made this face while holding food in front of me, I would absolutely go over there.

Athens, Greece   Louisa Gouliamaki/Getty
The Columns of the Olympian Zeus covered in snow after a rare heavy snowfall Travelers to the Grecian capital on Tuesday may be discouraged that their photos of archaeological sites bear an uncharacteristic fine powder. Cold temperatures throughout Europe have inconvenienced both pleasure seekers and migrants on the move. And for those seeking a culprit for the snow coating this Olympian tribute to Zeus in Athens? Maybe the gods know.