Any change of course in federal policy will be akin to a bump in the road rather than a roadblock, Obama writes 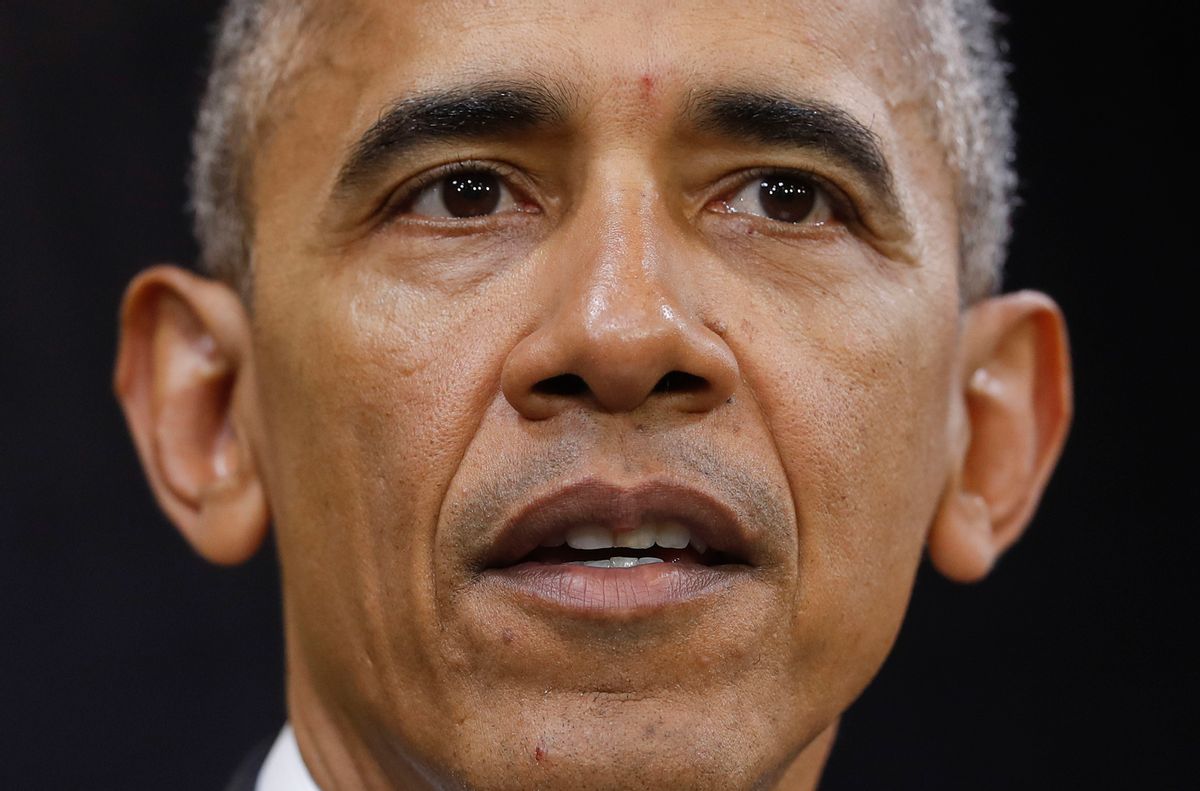 Researchers cracking open the latest edition of the journal Science will find an author in the table of contents whose name is usually attached to executive orders. On Monday, President Barack Obama published a piece that lays out his legacy on clean energy and what he thinks comes next.

This the first time Science has published a sitting president. By laying out his views in one of the world’s leading academic journals, Obama is signaling that he believes fact-based analysis matters more than ever. He sees the world as at a tipping point and that a clean energy revolution is already underway.

“Putting near-term politics aside, the mounting economic and scientific evidence leave me confident that trends toward a clean-energy economy that have emerged during my presidency will continue and that the economic opportunity for our country to harness that trend will only grow,” Obama wrote.

As evidence of the inevitability of clean energy, he cites the growing signs that carbon emissions are decoupling from economic growth, global momentum from the Paris Agreement and other quarters, and the increasing power of market forces driving toward clean energy.

China has also signaled that it will put $361 billion into clean energy by 2020, creating 13 million new jobs; globally, investment in renewables hit a record high in 2015. Those signs have become clearer in recent months. Google announced that it will purchase the equivalent of 100 percent of its energy use from renewables, divestments from fossil fuels hit a record high, and countries around the world have doubled down on the Paris Agreement despite uncertainty about what comes next from the United States.

The incoming Trump administration and the Republicans in Congress are likely to be hostile to climate action, but Obama suggests in Science that any change of course in federal policy will be akin to a bump in the road rather than a roadblock (of course, a bump in the road could still exacerbate suffering for millions, particularly the world’s poorest).

Aside from the analysis, where it’s published in is also an important benchmark.

While Science garners far fewer eyeballs than a major news outlet like The New York Times, it does offer something unique. It’s one of the premier academic journals in the world, and being published there indicates a commitment to rigorous analysis (though it also should be noted the piece is not a peer review study).

Obama only references Trump once — and in a neutral manner, saying he has “the opportunity” to lay out his own policy course — but publishing in Science draws a sharp contrast to the president-elect’s apparent disdain for experts and the climate science denialism that’s a fixture for many of his cabinet nominees and transition leaders.

The Science article is the third Obama-authored piece to show up in the past week in academic journals (the other two can be found in the New England Journal of Medicine and Harvard Law Review covering health care and criminal justice reform, respectively).

Obama also authored an article in August 2016 in the Journal of the American Medical Association to defend his health care policies. This is the first time, however, that he has written extensively about climate change and energy. Taken together, his journal publications are an implicit argument that rigorous analysis has a strong place in setting policy.