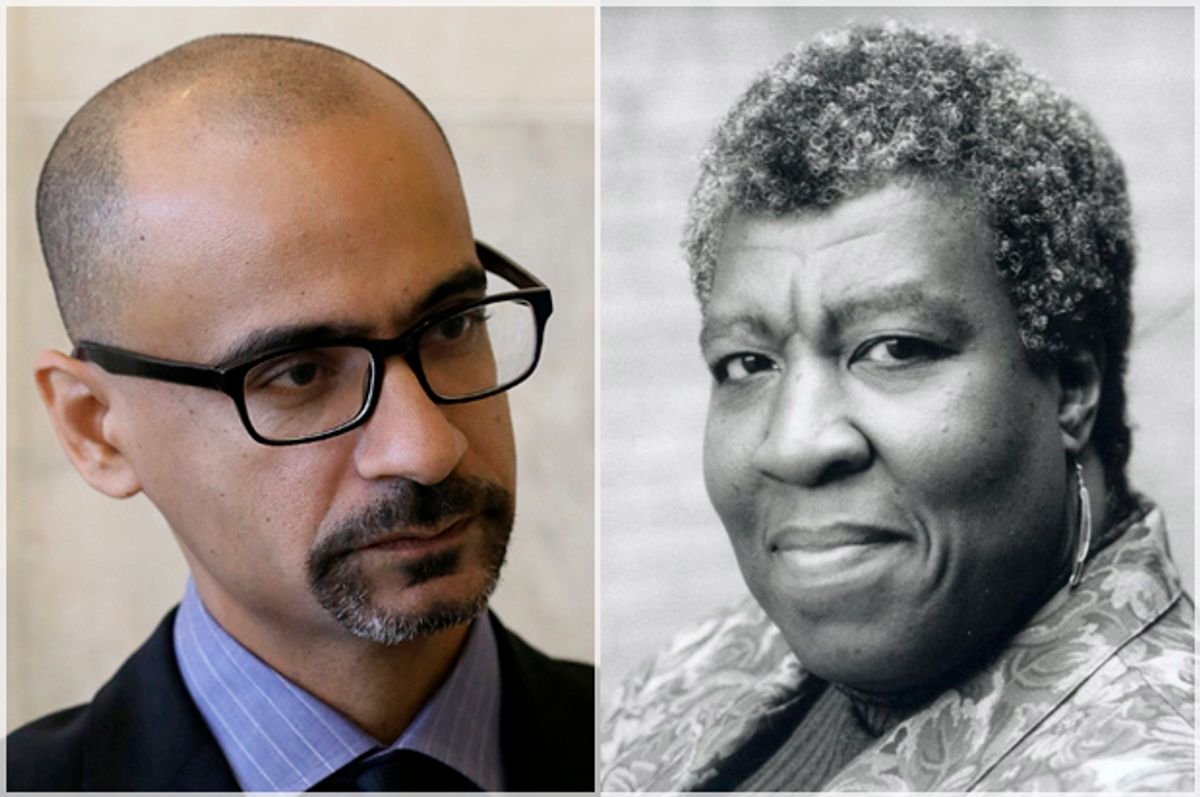 Octavia Butler, who was born Pasadena, California, in 1947, practically created her own genre — a singular type of science fiction that used the form to explore racism, sexism and the earth’s degradation. Growing up, Butler often accompanied her mother on housecleaning expeditions; she was frequently told that black girls could not become writers. But thank to her perseverance and the assistance of the famously grouchy Los Angeles science-fiction writer Harlan Ellison, she became one of the field’s most important authors in the years before her death in 2006 near Seattle.

Best known for the novels "Kindred" and "Parable of the Sower," Butler has recently garnered interest for her cultural and political prescience. Much of the energy behind the Butler revival has come from her native Southern California. The Huntington Library, Art Collections and Botanical Gardens acquired her papers, where they sit alongside those of Jack London, Charles Bukowski and Christopher Isherwood. (A Butler exhibition is planned this spring.)

The Los Angeles-based arts nonprofit Clockshop recently held a series of events exploring her life and work, with panels, musical tributes, screenings and a tour of the writer’s old haunts in and around Pasadena.

But the readers and writers who admire Butler and dig her work are everywhere. One of them is Junot Díaz, author of “The Brief Wondrous Life of Oscar Wao" and “This Is How You Lose Her” and a lifelong science-fiction fan. Díaz, who teaches at MIT and lives outside Boston, corresponded with Salon about Butler and her work.

Let's start with her achievement as a writer. How "significant" substantial. original, inventive, etc. was Octavia Butler?

Butler is a foundational figure and in my option one of the most significant literary artist of the 20th century. One cannot exaggerate the impact she has had across canons — as creators, readers, critics, we’re still wrestling with her extraordinary work. I teach her every single year without fail. To me she is that important.

Do you have a favorite book or story or element of her writing?

I consider “Dawn” to be one of her finest achievements and her only collection of short fiction “Blood Child and Other Stories” perfection itself. To my mind Butler’s greatest imaginative gifts — and she has many — was her ability to estrange the African diasporic experience in the New World (especially the female African diasporic experience in the New World) in a way that got at its horror and strangeness — as Mark Dery pointed [out] our history is the original sci-fi nightmare — an estrangement that allowed her to simultaneously underscore how profoundly science fiction depends on the real histories of people of color . . . to give it meaning.

When did you first become aware of her, and how?

In college. Because I was already picking through the [science fiction] section of bookstores and libraries.

Are there aspects of her life that seem interesting or poignant to you?

That she died so young.

How would you situate her among other science-fiction writers and other black writers of her era? I ask partly because I think of her as being isolated from a lot of larger trends. I also think in some ways she anticipated certain intellectual and literary shifts.

This isn’t a country that does a good job of dealing with black women, black women's genius or black women’s lives under slavery. Imagine where that puts Butler whose work evoked, embodied and centered [on] all three.

And yet to writer, a reader, a person like me, descended from the same nightmare processes that fueled her fiction, Butler was a model of artistic courage. Perhaps she was isolated, perhaps, but her work certainly kept me company, kept me from feeling alone.

Your character Oscar Wao, I think, saw his immigration to New Jersey from the Dominican Republic as being like a trip to another planet. Might there be something similar happening with Butler? That she was so alienated that she saw herself literally as an alien, you know what I mean?

What matters is that this country views people like Butler and like Oscar as aliens and treats people like us like we’re from another planet. This is a society that has historically tried everything to alienate people of African descent but if Butler’s work reveals anything about her it's not her alienation but her deep humanity which is what allowed her to imagine and sustain hope for our community’s survival against all odds.

Do you have even an educated guess on how Butler would have seen Black Lives Matter and other recent chapters of the 21st century civil rights movement?

Unless you’re a psychic it would be hard to say,  I only know that she would have recognized the mainstream’s demonization of BLM for what it is.